Another season of "Game of Thrones" ended in major bloodshed last night, as a fan favorite was left for dead after being betrayed by his own.

Obviously, spoilers below. If you haven't watched the season finale yet, STOP READING NOW!

Here are the six questions we're left with after the end of Season 5. 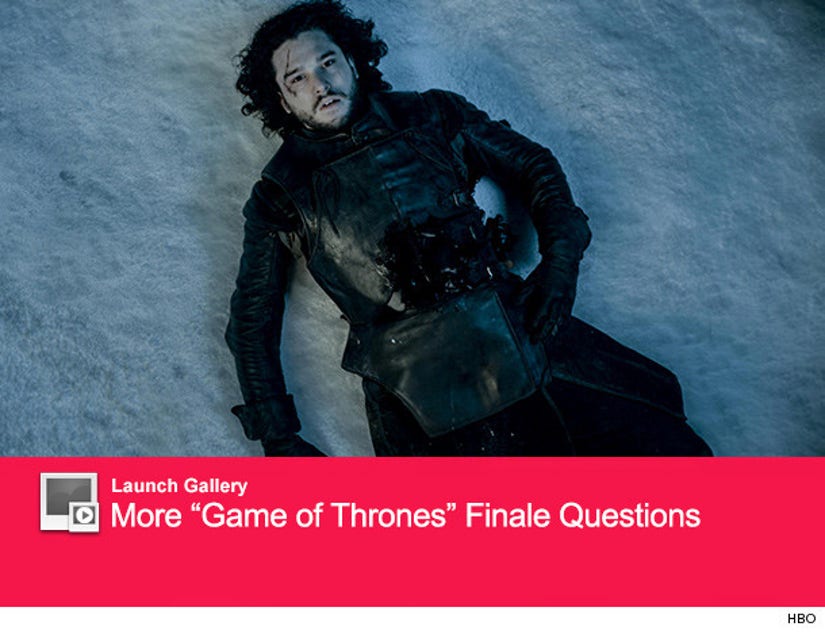 In the most shocking moment of a pretty shock-filled finale, we see Jon Snow get brutally stabbed to death by members of the Night's Watch, who thought he betrayed them all by sacrificing their lives to rescue a group of Wildlings.

The final blow is dealt by Olly, a young boy whose entire family was killed by Wildings.

As one of the most beloved characters on the show, it was hard to watch -- and, according to Kit Harington, he's not coming back anytime soon.

"Quite honestly, I have never been told the future of things in this show, but this is the one time I have," he says in a post-mortem interview with EW. "They sat me down and said, 'This is how it is.' If anything in the future is not like that, then I don't know about it – it's only in David and Dan and George's heads. But I've been told I'm dead. I'm dead. I'm not coming back next season. So that's all I can tell you, really."

But, just because he says he won't be back next season, doesn't mean he's telling the truth.

Fans have speculated that Melisandre could bring him back from the dead. We've seen other followers of the Lord of Light perform resurrection rituals before ... and she's now nice and cozy at The Wall after abandoning Stannis. He could also be brought back by the Night's King.

It'll be very interesting to see what happens here. HBO will have an especially hard time keeping this one under wraps if he does return! 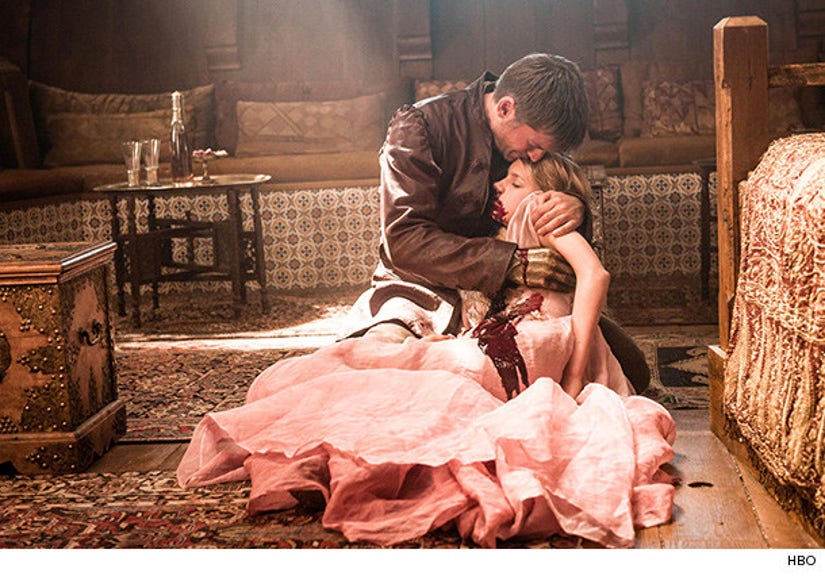 2.) What Will Happen to Ellaria and the Sand Snakes After Myrcella's Death?

Jon wasn't the only one we said goodbye to last night.

Myrcella Baratheon got the kiss of death from Ellaria Sand, bleeding out in her father's arms while on a voyage back to King's Landing with her Dornish fiance.

Jamie will easily figure out who's to blame for Myrcella's death and some major consequences will be coming next year. Will he take it out on Trystane? That's certainly a very promising outcome right now.

Ellaria will also likely face retaliation from Doran Martell, who has wanted to keep peace between Dorne and King's Landing.

One thing's for sure: Cersei's is going to be pissed! 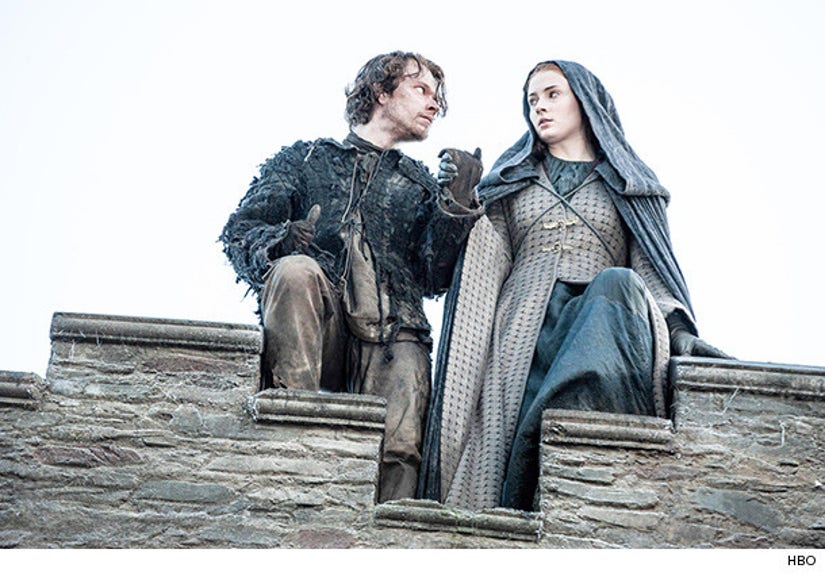 3.) Did Sansa and Theon Escape?

In the final scene with these two, we see them jump from the walls of Winterfell after Theon kills Myranda.

It was a VERY high fall, one that would easily kill or seriously injure anyone who attempted to escape. But, there's no way they're dead, right?

Our guess: The high snow banks help break their fall. We're fairly confident they'll both be back for Season 6. 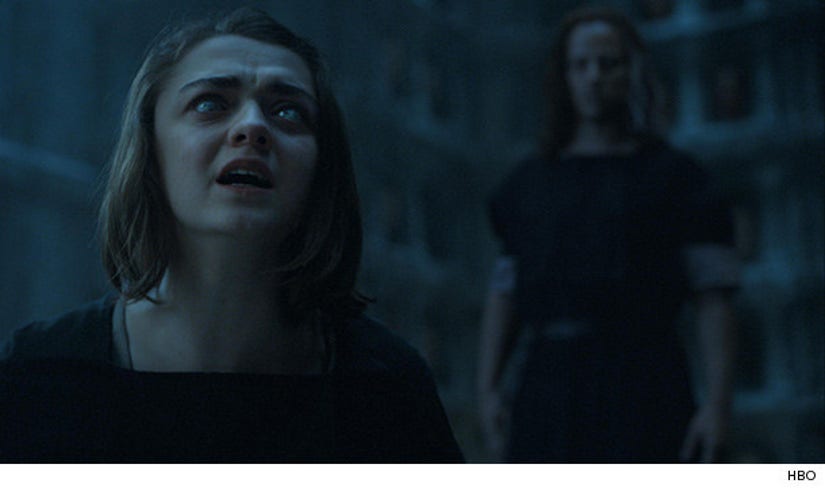 Arya gets her revenge on Meryn Trant by pretending to be an underage prostitute and then gouging out his eyes and slitting his throat.

The whole personal vendetta thing doesn't go over well with Jaqen H'ghar though, as the Faceless Man punishes Arya by stealing her eyesight.

It's clear Stark still has a lot to learn at the House of Black and White. We can expect to see her training continue next season, as she learns to become "no one." 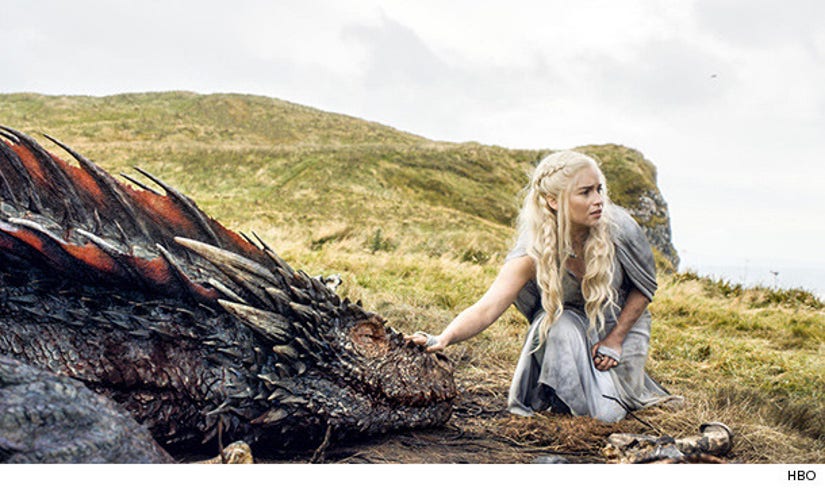 5.) Is Dany Is Serious Trouble?

After getting rescued by Drogon in the fighting pits, Dany and her trusty dragon fly miles from Meereen. With her fire-breathing sidekick in serious need of rest after getting maimed during warfare, our blonde heroine wanders to find food ... and instead comes across a pack of Dothrakis.

With no dragons or army by her side, Dany is once again at the mercy of these warriors.

They didn't look too thrilled to see their former Khaleesi, what do you think they have in store for her next season? 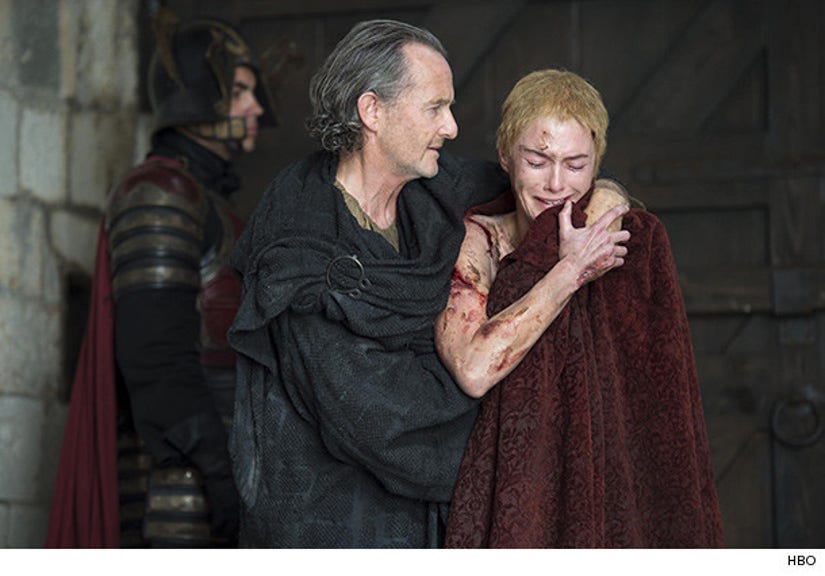 6.) How Will Cersei Get Her Revenge?

Cersei Lannister is a pretty horrible person, but not even she deserved the torture her character went through during the finale. Star Lena Headey did such a great job making us feel bad for one of the most evil TV characters of all time.

The wicked witch of Westeros decided to confess her sins to the High Sparrow, telling him that she had intimate relations outside the bonds of marriage ... with her own cousin, no less. While she freely admits that bit of nastiness, she refuses to confirm her relationship with Jamie -- vehemently denying that her children were fathered by her own brother.

She's then forced to atone for her sins, and here's where it gets brutal.

Cersei is stripped naked and has her lovely long blonde locks shaved off. She then has to walk through the streets of King's Landing in the buff, as commoners spit, throw food and threaten her the entire way.

Lannister is a broken woman when she finally arrives at the gates of the castle ... and, knowing her, she's going to be out for blood next season.

How will she go about taking out the Sparrows in Season 6?

We'll have to wait until next Spring to find out. Oh, "Game of Thrones," we miss you already!