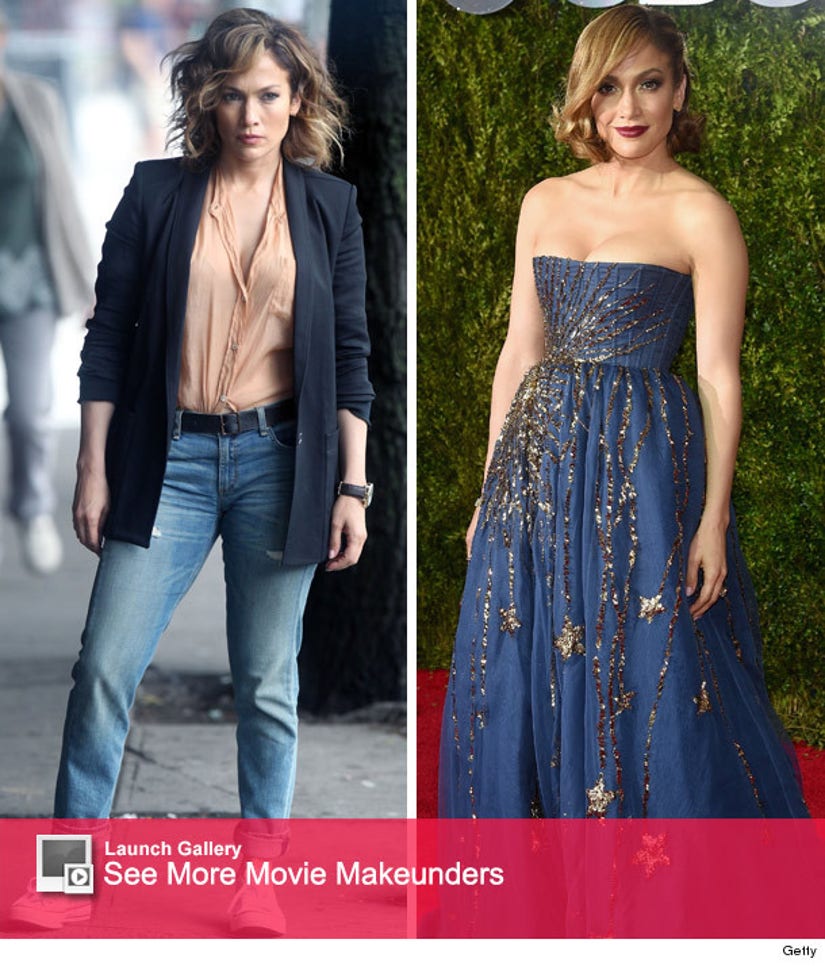 This is Jennifer Lopez like you've never seen her before!

The actress was snapped on the set of her upcoming crime drama, "Shades of Blue," where she was sporting a serious makeunder for her role as Harlee McCord, a single mother who works undercover for the FBI's anti-corruption force.

Wearing boyfriend jeans, a peach button-down and an oversized blazer, the 45-year-old star covered up her killer curves as she transformed into character.

This casual look is a far cry from the pop star's ultra-glam look at the 2015 Tony Awards ... or all those very-revealing, sheer getups she's been sporting on the red carpet for the past year.

That being said, even a made-under J.Lo is smoking hot!

The 13-episode series, which also stars Ray Liotta and Drea de Matteo, follows a group of corrupt detectives who still aim to keep their city safe.

"We know that certain things are wrong. But in certain situations, doing the wrong thing is the right thing. It's about that internal struggle that every single person has," Lopez says in a trailer for the show. "[It's about] what's right and what's wrong and how far do we go for the people that we love."