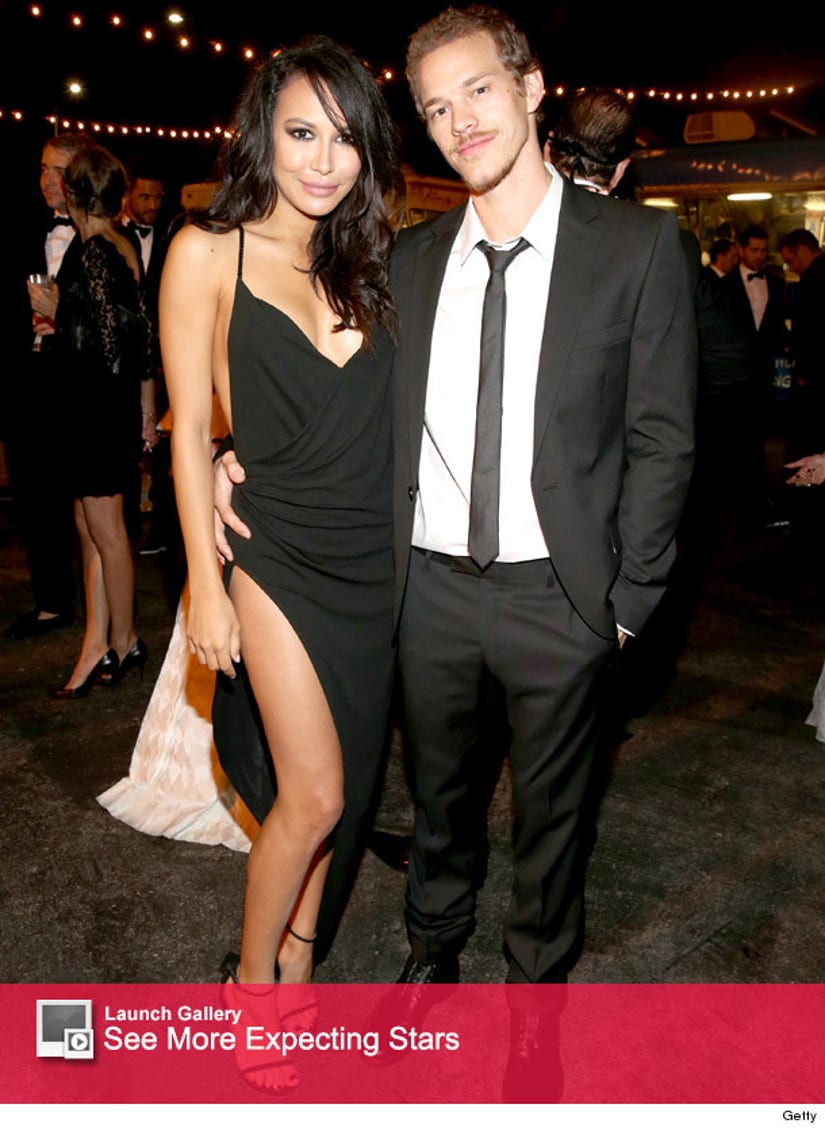 Naya Rivera is getting extremely candid about her pregnancy pains!

The "Glee" star was just named one of People magazine's newest celebrity bloggers, and she's sharing some very personal details about her pregnant sex life with hubby Ryan Dorsey.

The 28-year-old recently penned her first column for the mag about the changes she's experienced while expecting, where she also revealed that her sex life with Dorsey has taken a hit during the last few months of her pregnancy.

"During my second trimester, I felt like the black cloud of extreme fatigue had lifted and I was 100 percent myself again," the actress reveals in her column. "I was ready to hit the town in a cute outfit, grab cocktails with my girls, have wild sex with my husband … Oh, but wait, I'm still pregnant."

"There were times during my second trimester when I felt so good that I forgot I was still carrying a child. This mind f— of trickery led to what I believe should be called 'the second trimester slump,'" she adds.

And once the brunette beauty's belly officially "popped," the newlyweds realized they were a little limited when it came to expressing their love.

"Things like sex with my husband became a bit odd for me due to the fact that I was now limited to about two positions in order to not squash — as my husband puts it — 'it's roof' or have the baby (my belly) staring him in the face," Naya continues. "I feel like men are constantly imagining their baby winking at them when they make love to their pregnant wives thus making sexy times more few and far between."

On the upside, Rivera says she's really beginning to embrace her changing body -- especially since feeling her baby for the first time.

"With all of these massive, and sometimes difficult changes happening, there is one thing about the second trimester that makes it all worthwhile: Those first real kicks from your baby," she writes.

The cute couple announced they were expecting their first child together back in February and the two tied the knot last July in Cabo San Lucas, only three months after the star ended her engagement with Big Sean.

What do you think about the actress' candid comments? Sound off below and check out the gallery above to see more expecting stars!