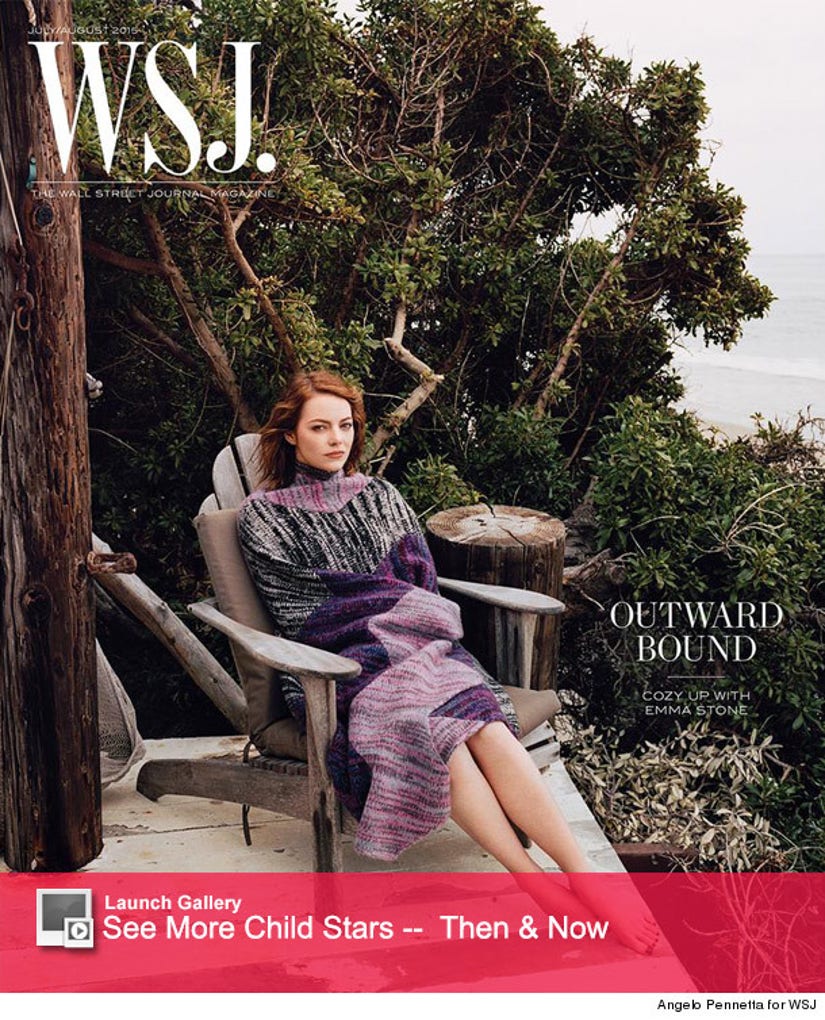 Emma Stone's overcome a lot to get to where she is today!

The "Birdman" star covers the July/August issue of WSJ magazine, where she opens up about dealing with anxiety and reveals how the Sony Pictures email hack affected her personal relationships.

While it sounds like 26-year-old has outgrown her anxious tendencies, Stone says she regularly had panic attacks while growing up.

"It was really bad. The first time I had a panic attack I was sitting in my friend's house, and I thought the house was burning down. I called my mom and she brought me home, and for the next three years it just would not stop," the red-headed beauty tells the mag.

"I would go to the nurse at lunch most days and just wring my hands. I would ask my mom to tell me exactly how the day was going to be, then ask again 30 seconds later," she continues. "I just needed to know that no one was going to die and nothing was going to change."

One thing did help the "Superbad" actress overcome her anxiety (even though, it would probably induce it in most of us): acting!

"There's something about the immediacy of acting," Stone reveals. "You can't afford to think about a million other things. You have to think about the task at hand. Acting forces me to sort of be like a Zen master: What is happening right in this moment?"

The "Crazy, Stupid, Love" star also says that she lost a ton of valuable information during the 2014 Sony hack, after her email address and phone number were released to the general public.

"Then I did one of the worst things ever, which was react really quickly. I was getting all these emails and texts from people I didn't know—'Hi, I'm Joe from the U.K. I like your movies'—and I was so overwhelmed that I went to my inbox and I deleted all my emails," she explains.

"In about a 30-second span, I hit 'Select All' and 'Delete Forever,' and thousands of emails, like six years of emails, are now gone forever," Emma adds. "I was just so freaked out that someone was in there…It was horrible. I cried for like an hour. Most of the emails I'm mourning I can still talk to the person and get them back. But there's others where the person is actually gone. It really sucks."

Nevertheless, it sounds like Emma's been able to overcome all of her obstacles and is loving every moment of her success.

"There's this insane thing that happens where you get to a point where you start not just doing things because you're lucky to have gotten the job, but you actually start making choices," she confesses.

What do you think about Stone's candid comments? Sound off below and check out the gallery above to see more child stars then and now!