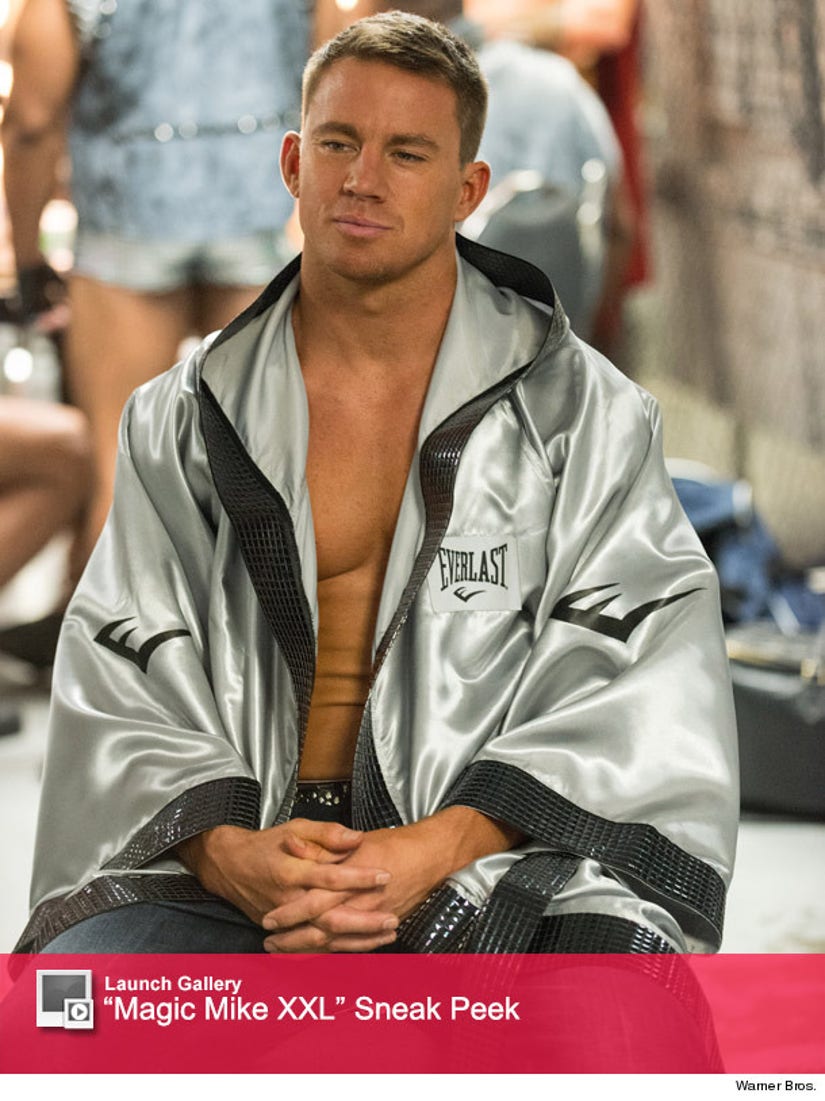 Channing Tatum is getting beyond candid!

The "Magic Mike XXL" star treated Reddit users to a fun Ask Me Anything on Wednesday, where fans were able to ask the hunky actor questions and get his totally unfiltered response!

Nothing was off limits for the 35-year-old, who got chatty about everything from threesomes, to the Sony email hacks and even the nickname he gave his er...package.

Another fan asked the star about the Sony hacks, when one of his personal e-mails to a company exec was leaked. The hilarious message was basically a long page of "hahas" and exactly what you'd expect an email from Channing to be.

When asked how long it took to type the email in full, the star responded, "I'm sure exactly how long. I hit the h and a for a long time before I realized I could copy and paste," he said. "I'm not the most tech savvy person around but it did become a lot easier and faster."

But that's not the only gem from Channing's Q & A, as he also revealed that his package is nicknamed "Gilbert" ... and disappointed fans when he shared that we will not be seeing it in his latest stripper flick.

"I do not do full frontal but I can promise you when you're standing in front of a bunch of people in a very small thong it doesn't leave a lot to the imagination," he wrote.

What do you think of Channing's hilarious comments? Sound off below then head over to Reddit to read his full AMA!

And check out the gallery above for a TON of just-released photos from the upcoming stripper flick!