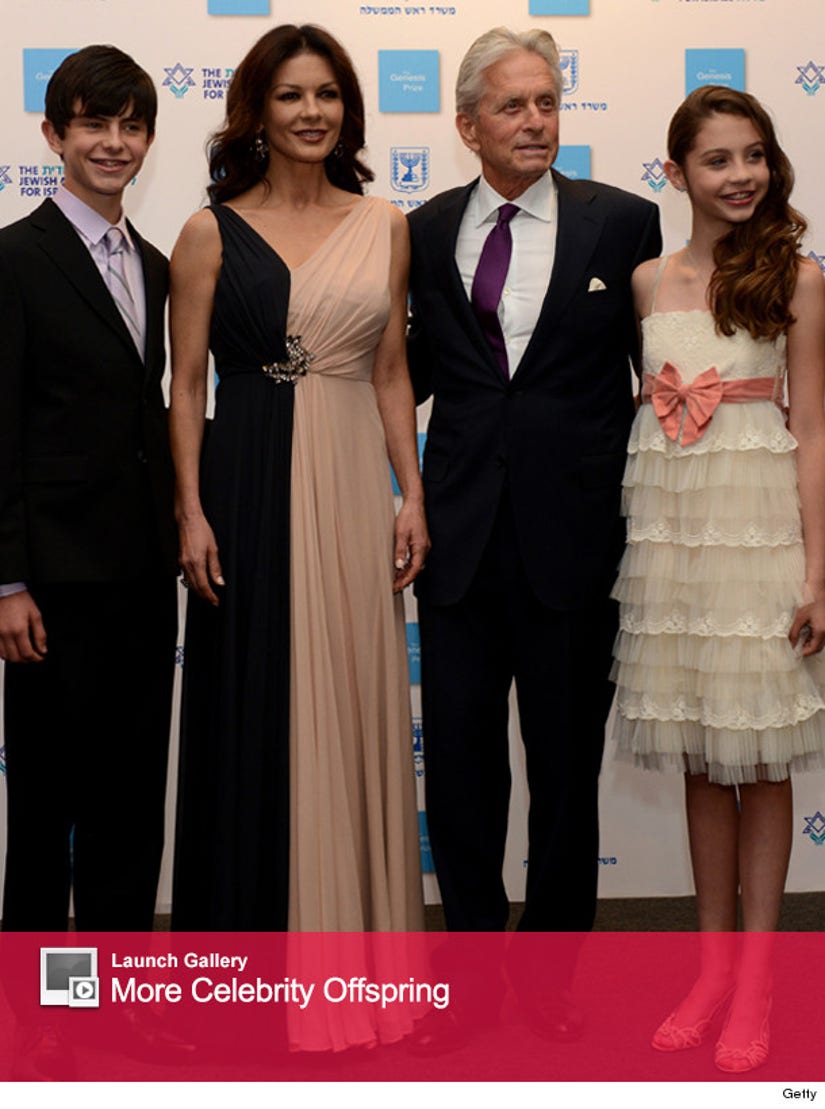 Michael Douglas and Catherine Zeta-Jones' kids are all grown up!

The couple stepped out with their rarely-seen children, Dylan, 14, and Carys, 12, to celebrate the actor's Genesis Prize, which is often referred to as the Jewish Nobel Prize in Jerusalem.

The actress took to Instagram to post a pic of her brood and to congratulate her husband, writing, "So proud of Michael for being honored with @thegenesisprize. We're having an amazing family vacation! Happy Summer Everyone!" 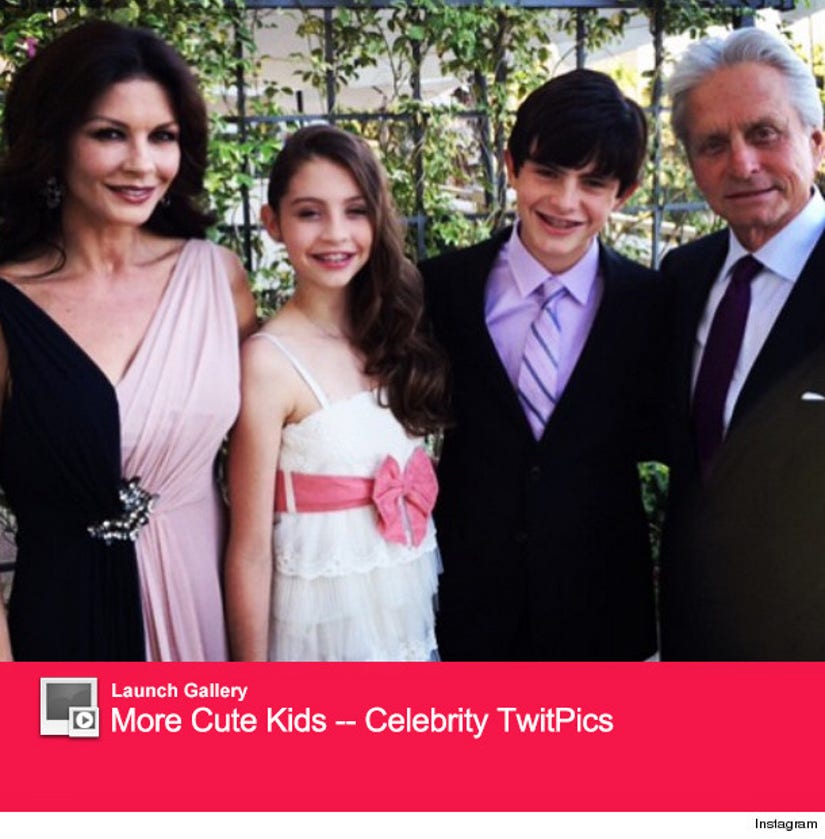 According to the Jerusalem Post newspaper, the 70-year-old star picked up a $3.5 million prize, with $1 million coming from the Genesis Prize Foundation, $1.5 million from the Jewish Funders Network and another $1 million from businessman Roman Abramovich.

While Douglas' father, Kirk Douglas, is Jewish, mom Diana Dill isn't. Michael credits his son Dylan with helping him reconnect with his faith, after Dylan befriended Jewish kids at school and attended Shabbat dinners. Michael's son reportedly started to then attend Hebrew school and had a bar mitzvah.

"Abraham's tent had its flaps open and so hopefully since approximately half of the Jewish population in the world is outside of Israel, we can find ways to better understand each other and to grow together," he said during his acceptance speech.