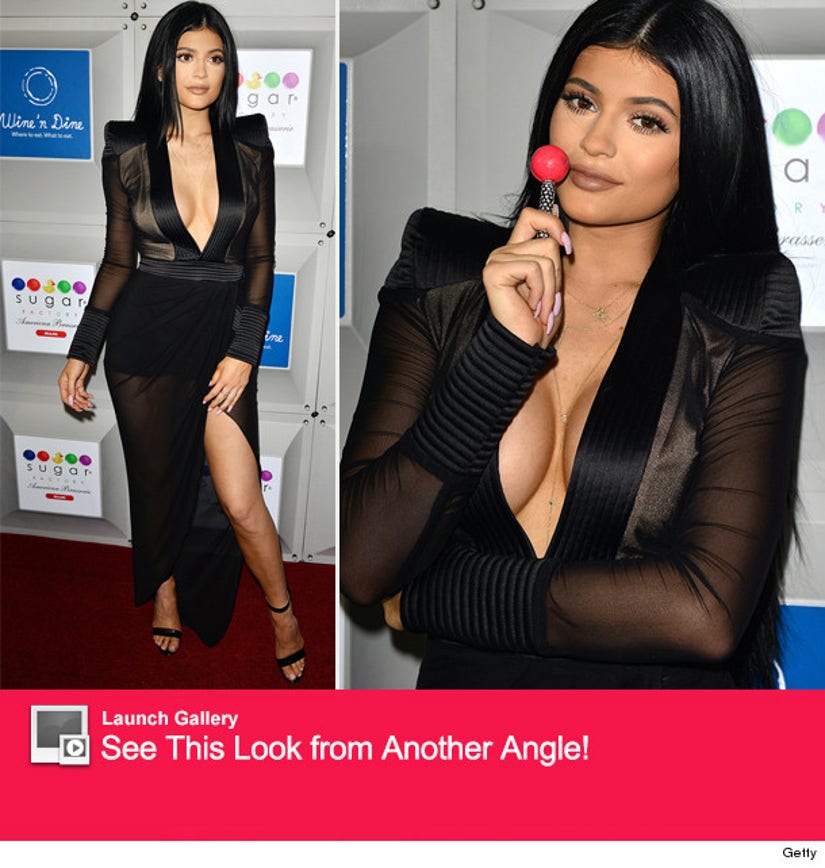 We know 17 year old Kylie Jenner already got her lips plumped up ... but did she go ahead and enhance her chest already too?

The reality TV star's extremely low cut dress on the red carpet Friday night sparked some implant rumors online, after she showed off a lot of cleavage in the sheer black gown that left very little to the imagination.

Kylie was attending the Grand Opening of Sugar Factory in South Beach, Miami, sporting long hair extensions and a darker lip. Between the racy dress and long locks, she really looks a lot like older sister Kim Kardashian here.

The teen clearly knew her dress was sparking some conversation though, because she quickly took to both Instagram and Snapchat to shut down the plastic surgery talk.

"There's a lot of duct tape under this dress holding these suckers up," she captioned a photo of her from the arrivals line on Instagam.

She went a step further on her Snapchat, posting a quick video.

"To whoever thinks I have breast implants, there's a whole lotta tape in here," she says in the clip, while showing off some of the adhesive.