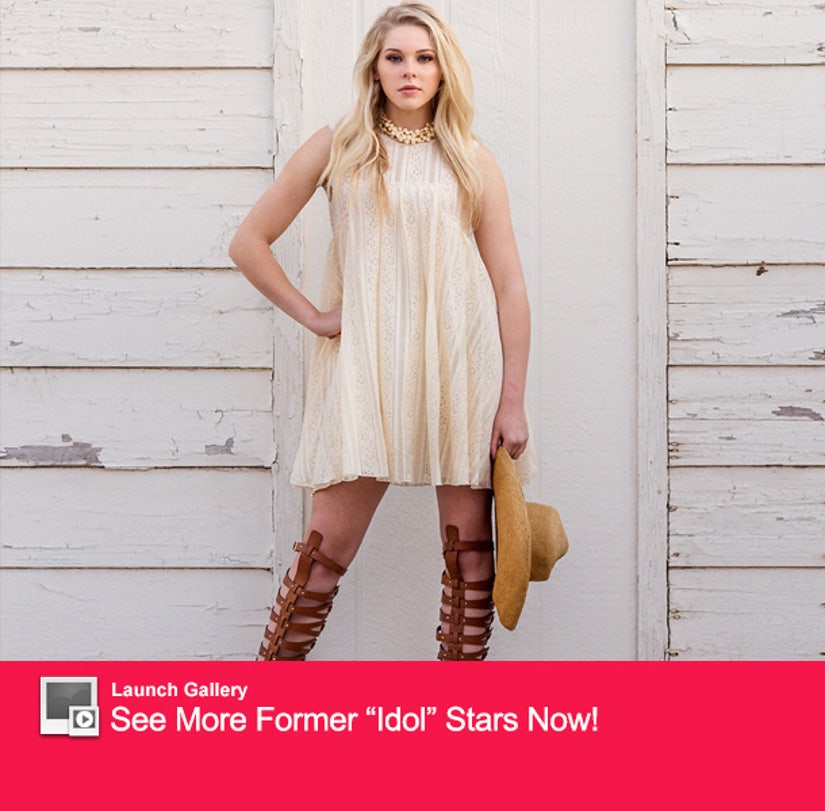 In the immortal words of Season 1 "American Idol" winner Kelly Clarkson, "what doesn't kill you makes you stronger."

That could not hold truer for 17-year-old Lovey James, a former contestant on the very same singing competition that led to Clarkson's big break in 2002.

Lovey made it to the Top 24 on Season 14, but was eliminated when the judges cut the number of female contestants from 12 to just eight.

"[Being on American Idol] took a lot from me emotionally and physically," Lovey tells toofab's Bernie Zilio. "When I got eliminated, I just thought that it was the end of the world."

Lovey says her cover of Rachel Platten's "Fight Song," released last week, serves as a means of catharsis for the young singer. In the video below, Lovey shuffles through cue cards with hand-written messages on them. She addresses her fans, her haters and what it's like to overcome obstacles.

"[The video] got a much better response than I thought it was going to get," she says. "I was a little nervous at first, but everything has been super positive so far. For some reason, ['Fight Song'] really inspired me, and I realized how much I could really relate to the lyrics. I was down, but somehow I found a way to bring myself back up, and now I'm motivated."

Singing, however, was not always at the top of Lovey's agenda.

"I actually started off as a dancer,” she continues. "I danced competitively for seven years, and I thought that I wanted to dance for the rest of my life, but my teacher at the time had a very wide musical background. I'd always be humming or singing in dance class, and I was about 8 years old when she told my mom that she'd like to put me in voice lessons.

The Portland native says she's grateful to have been given the opportunity to appear on the hit TV show, and she credits a strong support system and her love of music for pulling her out of her post-Idol funk. 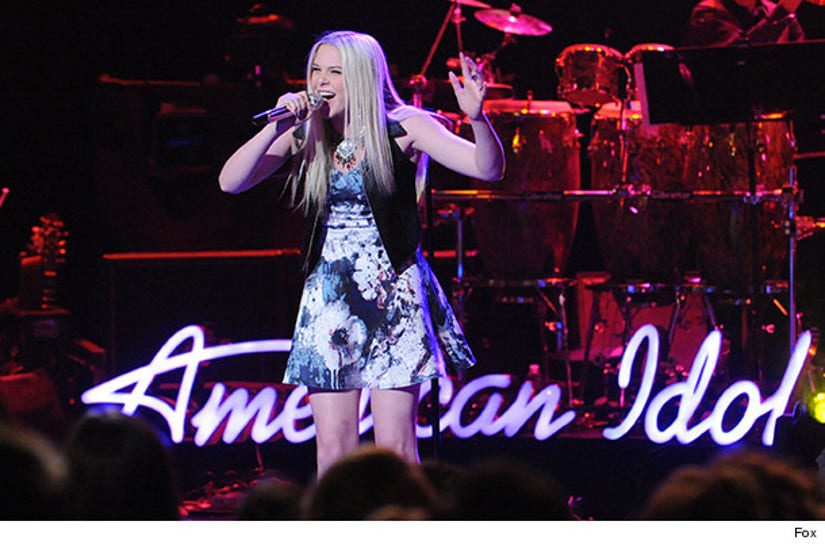 "'American Idol' gave me great exposure," she adds. "I made some great friends, and it was nice hanging out with people my age who were going through the same struggles that I was going through – you know – being a young artist starting out."

The bubbly songstress also co-wrote “Who Are You” – a song she says reflects her strong, personal views on bullying.

"['Who Are You'] relates to kids my age going through the same kinds of bullying experiences I went through," she says of the track. "At the same time, though, it's like I was talking to myself."

Lovey says she started to lose a lot of friends the more committed she became to making music her career.

"They weren't supportive at all,” she said of the friends she's lost through the years. "I understand that happens, but it was extremely hard for me. It was depressing. But music was the main voice that I had to share my feelings and my expressions."

Despite the bumps in the road, however, Lovey says she's remaining focused on the good that lays ahead.

"This fall I'm releasing a new album which I'm super excited about!" she gushes. "It's given me great time to get into the whole song writing stuff, which has been great for me because it's not something I was really involved with before."

"The past couple years I've been investing my time and figuring out that this is what I really want to do. I'm excited to move to bigger stages and to share my music with the world.”

Looks like Kelly was right! We're rooting for you, Lovey!