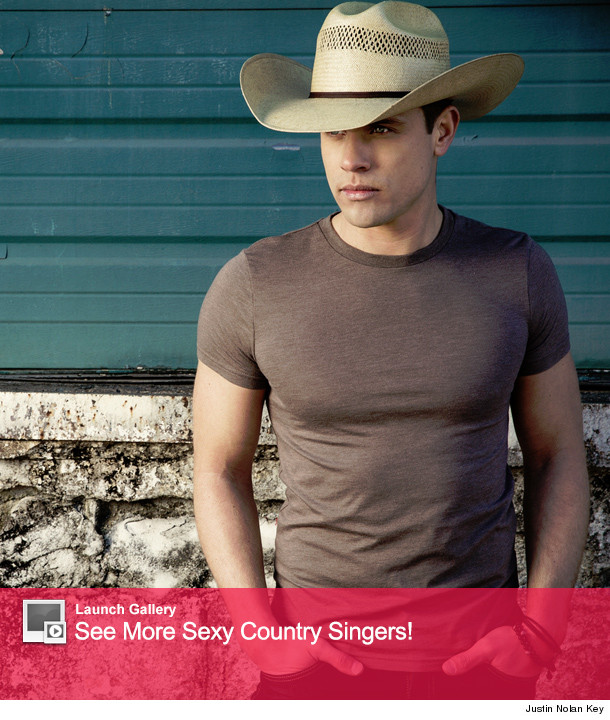 Dustin Lynch has some killer singing chops ... but the same can't be said about his fishing skills!

The "Cowboys and Angels" singer recently opened up to toofab's Brittany Kyles about hitting the road with Luke Bryan for the country superstar's "Kick The Dust Up " tour.

Even though Lynch's latest single, "Hell of a Night," is already a chart-topping track on country radio, Dustin says it all still feels pretty surreal.

"It's still news for me," he says of his recent success. "I don't take hearin' my songs on the radio for granted. I still crank 'em up. I critically listen, I've gotta say that. I still listen loud and it feels amazing. This is something that, making music and being on the radio, is something that I've dreamed of since I was probably 4 or 5 years old to be honest. And to be doing it, at this level, and now being on tour with Luke Bryan all summer long is dream come true."

The 30-year-old musician recently played his very first stadium show while touring with Luke, too! So how did it feel to perform for a crowd that size? "'Magical' would be the word I would put out there first. Just walking out on stage and as far as I can see and as far up as I can look, there's people lookin' down at me. It's just incredible," he tells us.

Lynch has also gotten to spend a ton of quality time with the "That's My Kind Of Night" singer throughout this tour which, needless to say, has been a pretty great experience.

"You know, Luke's bus door is always open and you can always just walk up and hang out. We've gone fishin' together and we've played basketball together. Just come up and have a good time. You know it's all about chillin' out and he's taught me a lot and really just kind of taken me under his wing," Dustin reveals. "It just makes you feel so good to be out here, like you're a part of this big thing that he's got going." 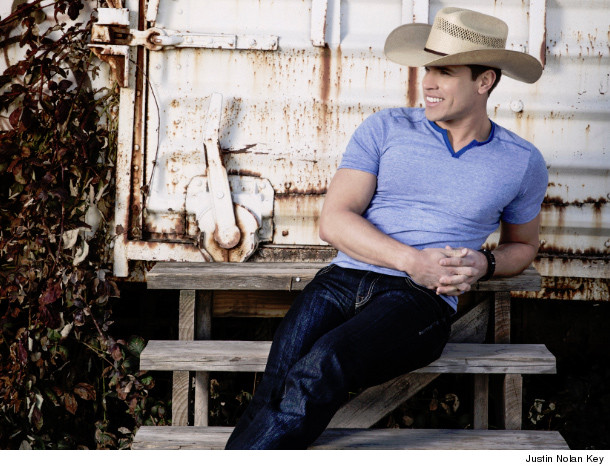 Speaking of fishing, during the singers' down time Luke took Dustin to one of his favorite fly fishing spots ... which didn't go exactly as well as Lynch hoped it would.

"He was bragging about this fishin' spot he had in Idaho and he said, 'Man this is probably one of the best fishin' spots I've ever been to and blah blah blah,' and we get out there and we had about five hours to fly fish. This was probably my first time fly fishing and I don't know if it was like, because I've never fly fished or what, but we didn't catch a fish [laughs]! So I don't know, hopefully he'll take me again," Dustin tells us.

"He's ridden me about that up on stage I think about five times now, [how] I wrecked his favorite fishin' spot in America," he continues. "But you know, it's stuff like that -- I am the butt of all of his jokes. He gives me a lot of crap on stage whenever I get out there, a lot of nights we'll go out and do a song with him. He's always got some sort of thing to throw at me. I take it all in stride, don't get to me at all."

We hear Luke's pal and former tour mate, Dierks Bentley loves a good prank war while he's on tour -- and while the "Country Girl" singer hasn't gone there yet, Dustin says he'll have to stand his ground if it happens.

"No, no pranking yet. I'm scared, being the young guy out here on tour, I don't want to start any kind of war. Whatever I do, Luke is going to be able to do it bigger and better because he's got a lot more people out here behind-the-scenes than I do. You know, if he starts a war, then I'll probably retaliate in some sort of way," he jokes. "But I will say, we're getting comfortable with each other now and it's about half way through the tour, so I'm sure something's going to go down before the summer's over."

And if you can make it down to one of Luke and Dustin's shows during Bryan's "Kick The Dust Up" tour, you may even get lucky enough to take a selfie with Lynch or, better yet, tailgate with the guys!

"I get out in the crowd pretty much every night. Because I wear a cowboy hat on stage, I can throw a ball cap on and ease around the crowd and really not be noticed too easily unless I park it for awhile. I get out there and if I see somebody with one of my hats on or a T-shirt or somethin', I go up and take a quick selfie with them," Dustin tells us.

"You know, also too, I love gettin' out and tailgating with everybody. Country fans will show up before lunch and you know, the concert doesn't start until 7 o'clock but they're there before lunch grilling out, drinkin' beers and playin' drinkin' games and whatever, and having a good time and me and the guys will go out there and make our rounds and if we have anything to hand out for them, like tickets or whatever, we'll do that. I just love gettin' out there," he adds.

We can't wait to see what's next for country music's sexiest up-and-comer -- make sure to check out the guys when they're in your city next!