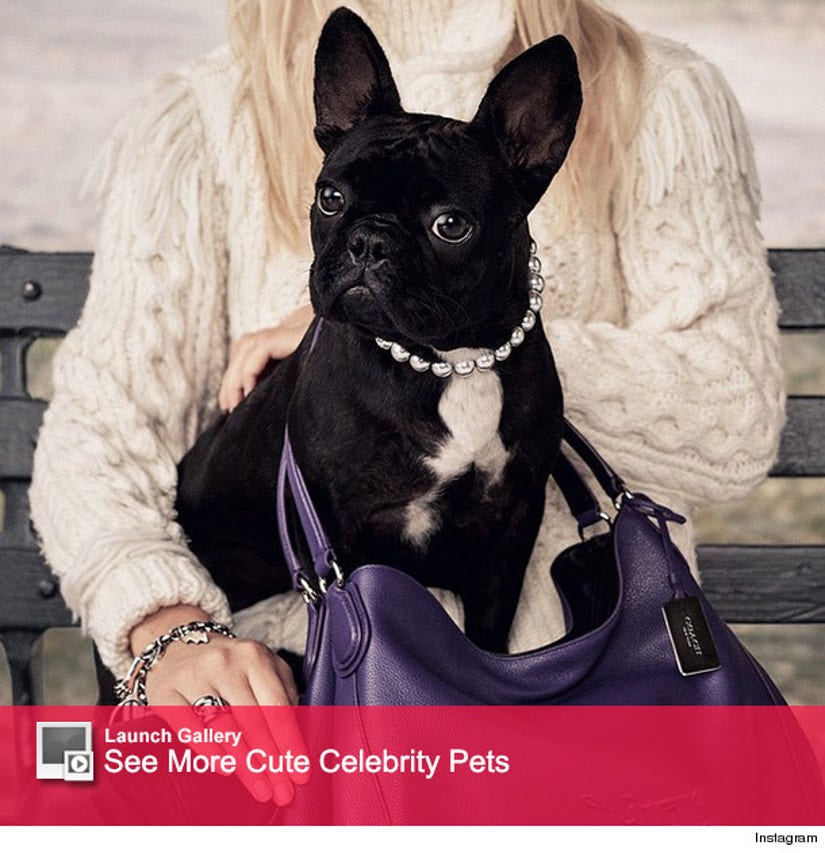 In the photo, the "Applause" singer's French Bulldog looks super chic wearing a silver beaded necklace with a purple Edie and the Rucksack Coach fall collection handbag hanging from her neck, as she sits atop an equally stylish blonde model.

"I am so proud to announce that @missasiakinney is the face and star of COACH this season! Shot by Steven Meisel for the "Coach Pups" Campaign!," the newly-engaged star posted with the sweet snapshot.

The new campaign will feature some of Hollywood's most famous pooches, shot by Steven Meisel, in a variety of glam portraits for the brand's fall collection.

"We wanted to create playful images that make you smile," creative director Stuart Vevers said. "We were inspired by some images from the Coach archive, which featured Eddie — the dog that starred in the TV series 'Frasier' — to create something joyful, with humor and character. That's a spirit that's uniquely at the heart of Coach."

We can't wait to see more close-ups like this one!

What do you think about the "Do What You Want" singer's doggy's modeling debut? Tell toofab in the comment section below and click "Launch Gallery" above to see more of Hollywood's cutest canines!