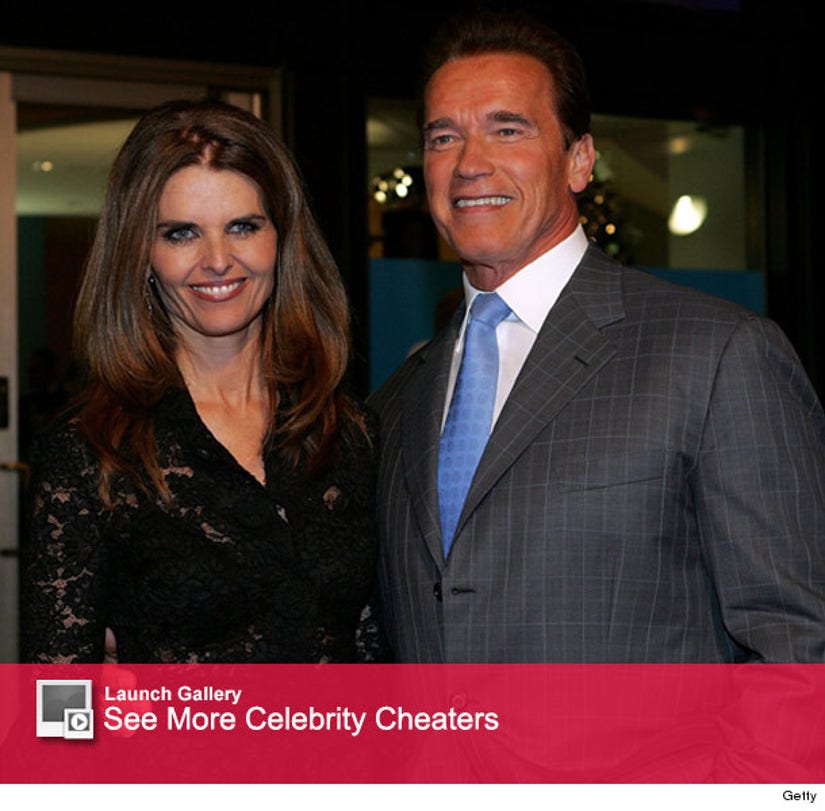 Arnold Schwarzenegger's getting extremely candid about his past mistakes.

The "Terminator Genisys" star shared his biggest regrets while reflecting on his affair and divorce from longtime wife Maria Shriver during an interview with Howard Stern on Wednesday.

"I had personal setbacks, but this was, without any doubt, the biggest setback and the biggest failure," the action star revealed. "Without any doubt. Not only failure, but you feel like, 'I'm to blame for it. It was me that screwed up.' And you can't point the finger at anyone else. So yeah, I was disappointed in it. It's always easy to be smart in hindsight. The thing was how do you make the best of that situation?"

The two filed for divorce July of 2011, after Arnold publicly admitted to cheating on Shriver with the family's housekeeper and fathering a child with her.

The 67-year-old and Maria actually tried therapy, but the "Maggie" star revealed that involving a third party didn't make things any better.

"Yes, we did, Maria and I," Schwarzenegger said about seeking counseling. "And it was the biggest mistake I've ever made. That guy was so full of s--t. He said more crap and more nonsense. It was absolutely counterproductive to our future relationship... Maria talked me into it. I went, and I felt instinctively maybe I shouldn't go because I know I screwed up. I don't have to go through anyone to have to explain to me anything. I apologized to Maria. I apologized to the kids."

Nevertheless, Arnold and the 59-year-old have been able to maintain a friendship for their four children, Patrick, Christopher, Katherine and Christina. "It has worked out really so well with the help of Maria," he confessed.

The proud papa was even gifted with one super sweet surprise while promoting the latest installment of "The Terminator" in Germany.

And when it comes to the actor's fifth child with the family's former housekeeper Mildred, Schwarzenegger says he's doing great.

We think it's great that Arnold and his family are in a much stronger place these days -- what do you think about the "Predator" star's candid comments? Sound off below and see even more celebrity cheaters in the gallery above!