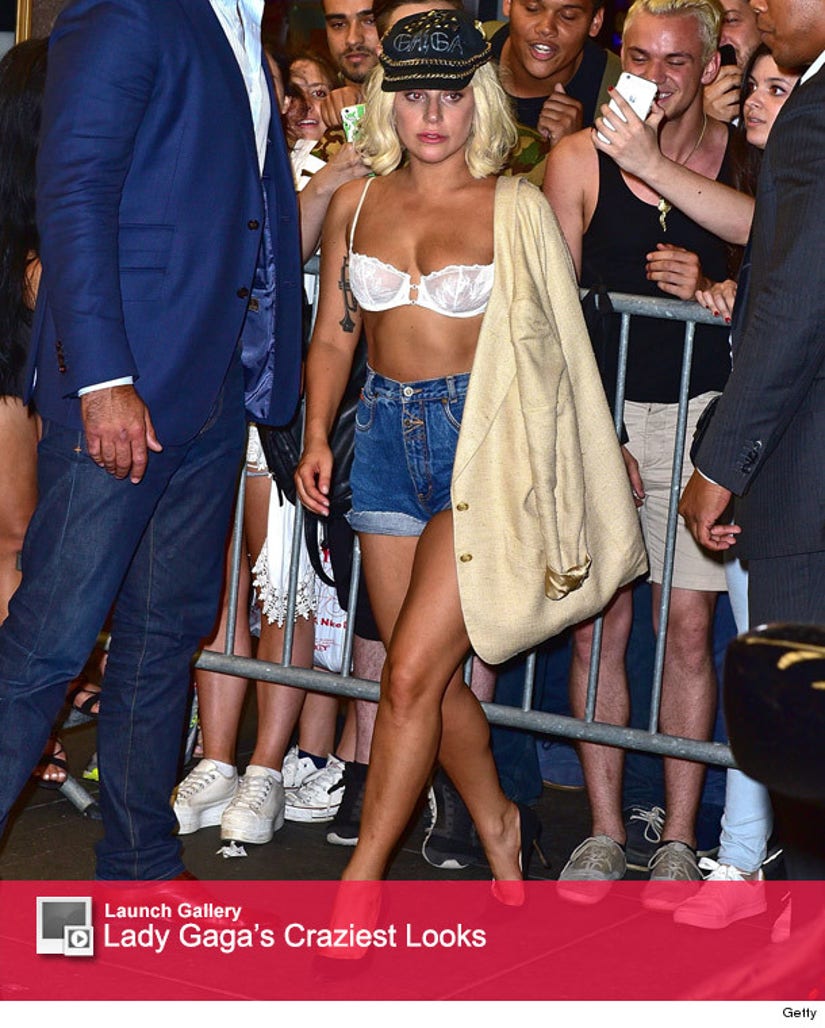 Lady Gaga is leaving very little to the imagination!

The "Applause" singer stepped out in New York City on Tuesday and attempted to beat the heat in nothing but a pair of high-waisted shorts and a semi-sheer white bra.

The star attempted to cover up with a blazer draped over one shoulder, accessorizing with a hat that said "Gaga" and a pair of black heels.

It looks like the 29-year-old had a hard time keeping her assets covered though -- or just wanted to fly free -- and decided to do away with the ill-fitting undergarment all together! 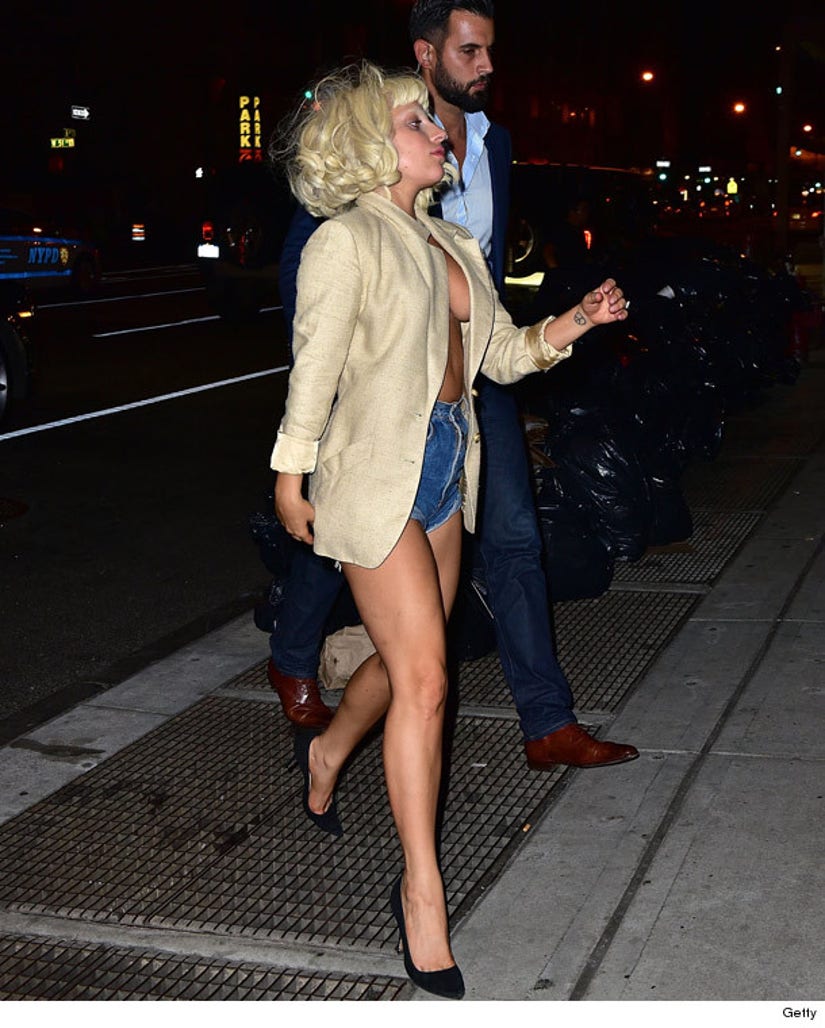 After the wardrobe change, the star emerged at Famous Amadeus Pizza topless, sporting a blazer to keep her from exposing too much.

The recently engaged star is no stranger to showing off her curves or pushing the envelope. Gaga recently showed off her bikini bod and back side while on vacation in the Bahamas.

What do you think of Gaga's racy street attire? Tell toofab in the comments section below then click "Launch Gallery" for more of her craziest looks!