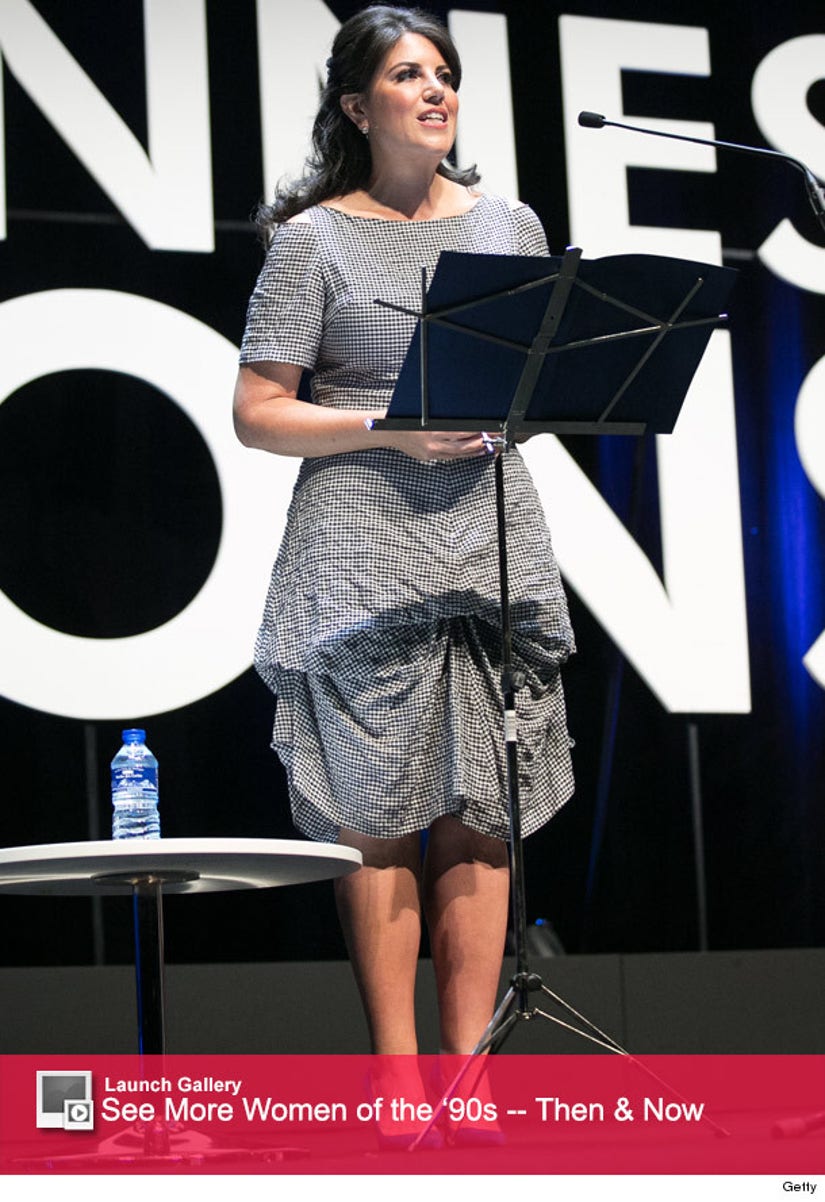 Monica Lewinsky's got a voice and she's not afraid to use it!

The 41-year-old may always be known as the woman who had an affair with former president Bill Clinton -- but she's using her platform to speak out about public shaming and bullying, something she knows a lot about.

Lewinsky was all business in a gingham dress and blue pumps as she gave a powerful keynote speech on Thursday at the Cannes Lions festival, where she received a standing ovation.

Monica made a lot of the same points she made during her recent TED talk in March, where she touched on being "patient zero" in the age of online shaming. This time around, she browe down the vicious cycle of cyberbullying in the media itself.

“We can lead each other to a more compassionate more empowered place," she added in conclusion. "We can help change our behavior, we can all learn from mistakes and we can together make a society where the sometimes distancing of technology does not remove our humanity."

What do you think of Monica's empowering speech? Sound off below then click "Launch Gallery" for more ladies of the '90s!