The Kardashian sisters are taking over across the pond!

Kim Kardashian put some serious cleavage on display during an outing in London on Friday, flaunting her pregnancy curves in a figure-hugging black peplum dress. The expecting star paired her sexy look with nude sandals, oversized shades and a delicate gold necklace.

Mrs. West, who's pregnant with a baby boy, recently admitted that she's already gained some weight ... but not in her stomach. "I've gained like 15 pounds already!" she told "Today." "It's in my boobs right now ... My boobs are huge!"

We're having trouble looking away from her girls﻿, aren't you?!

Later in the day, she ran into good friend Serena Williams, where they both put their ample booties on display in their skin-tight ensembles. 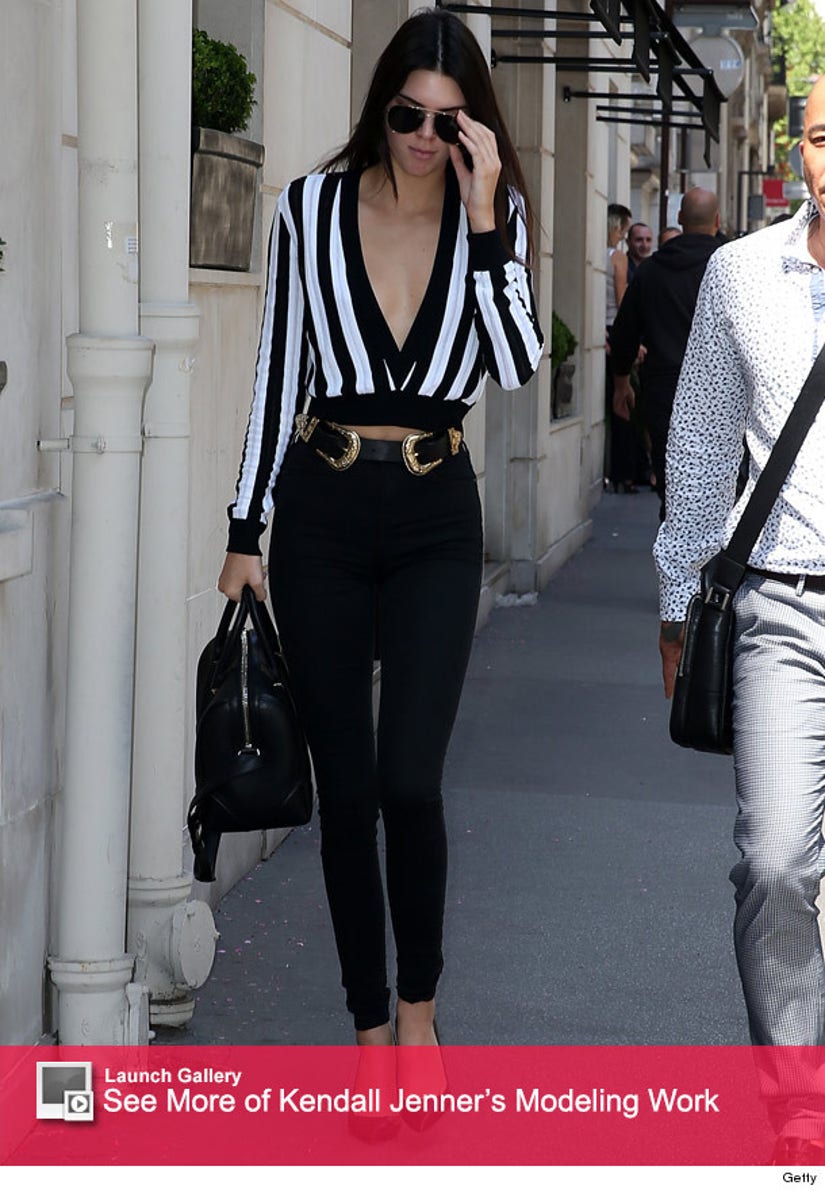 While North West's mama takes on England, her younger sister, Kendall Jenner, is spending some time in the City of Lights.

The supermodel was spotted at L'Avenue restaurant in Paris on Friday, where she showed off her slim silhouette in a plunging black and white striped top that left little to the imagination. She paired her top with black skinny jeans, classic pumps and a black and gold belt.

The 19-year-old bombshell recently spoke with People magazine about her hectic lifestyle, admitting, "I haven't worked out in a month. I've been too busy. I live on a plane."

"I'm really trying to balance work, family and friends," she revealed. "The other day I was supposed to have a fitting, and I moved it back an hour so I could take a nap."

She went on to add, "If I worked too much, I would not be a happy person."

Life isn't slowing down anytime soon for either of these stylish sisters!