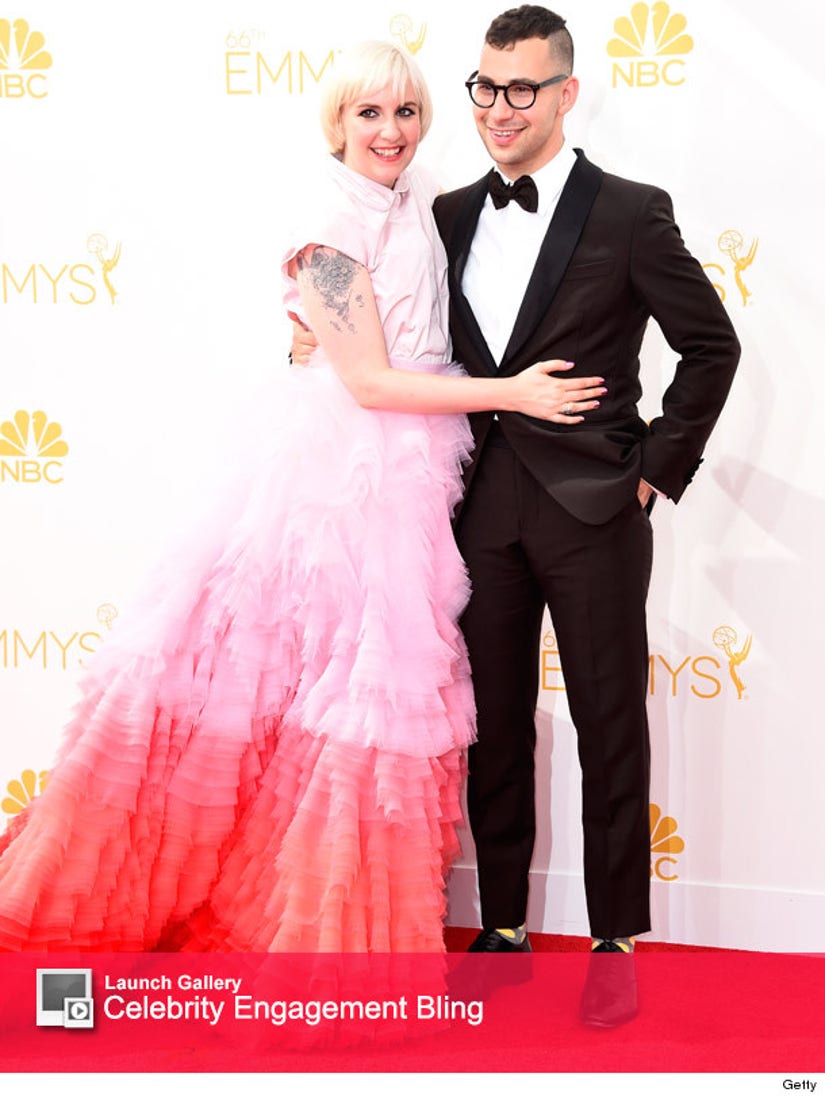 The “Girls” creator told Ellen DeGeneres back in March that she would not get married to her guitarist boyfriend of three years unless everyone had the same legal right to wed whomever they wanted.

"The idea of having a celebration that can't be fully shared among all the people in my life and all the people that we love just doesn't really feel like a celebration at all," the 29-year-old explained. "So until that's something that everyone can join into with no sense of being left out on any level – politically, emotionally – it's just not something that we're gonna do."

DeGeneres responded with, “Well, we're on our way there I hope.”

And she was right.

In light of today's Supreme Court decision to legalize same-sex marriage in all 50 states, Dunham tweeted a succession of bits about the victory, including an adorable shout-out to her boyfriend: “@jackantonoff Get on it, yo...”

Fans have flooded the pair's Twitter accounts with tons of congratulatory comments and questions like, “So when's the wedding?”

One super-fan in particular wrote “guys….jack antonoff & lena dunham are going to get married now. this is the most important thing that has ever happened 2 me.”

Hopefully we'll have some official congrats to them soon -- but, for now, congratulations to every couple who can now say "I Do."