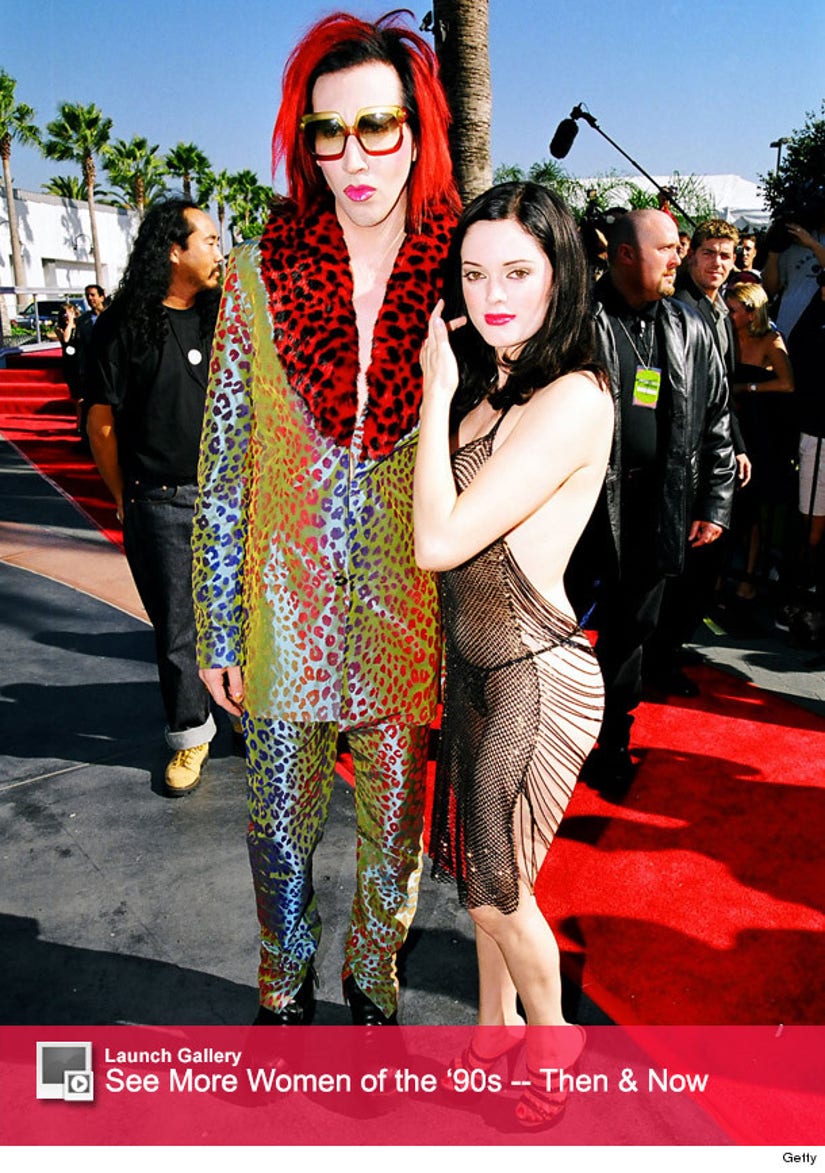 We knew there just had to be a wild reason behind Rose McGowan and Marilyn Manson's split -- and now, the "Scream" actress is spilling the tea.

The actress revealed why her relationship to the rocker went south on "Watch What Happens Live" last night, during a game of "Plead the Fifth."

When Andy Cohen asked her why the couple broke it off in 2001 after a two-year engagement, she replied with only one word: "Scarface."

Alluding to the 1983 movie and its depiction of heavy drug use, Rose said it was the rock star's heavy use of cocaine that caused the two to drift apart.

"There is great love, but our lifestyle difference is, unfortunately, even greater,” the “Charmed” star said in a statement released soon after the news broke that the couple had split back in the day.

One caller on last night's show asked Rose what the best and worst parts of her relationship with Manson were.

“The bomb threats sucked,” the actress said of the empty threats. “That just gets boring after a while. I'm like, 'Really? Again?'”

The 41-year-old said the best part of dating Manson was the fun they had together.

The two have since moved on from their relationship. McGowan married artist Davey Detail in October of 2013, and Manson went on to date actress Evan Rachel Wood (who he was also engaged to) and model/photographer Lindsay Usich.

When Rose received a script that called for the actress to wear a push-up bra in order to enhance her cleavage, the actress took to Twitter. She posted a pic of the script along with the caption, “casting note that came w/script I got today. For real. name of male star rhymes with Madam Panhandler hahahaha I die.”

Despite major support from fans, Rose's response to the script and to sexism in Hollywood as a whole landed her sans-agency. She was fired from Innovative Artists -- but Rose says her long-time agent, Sheila Wenzel, had nothing to do with the decision to let her go.