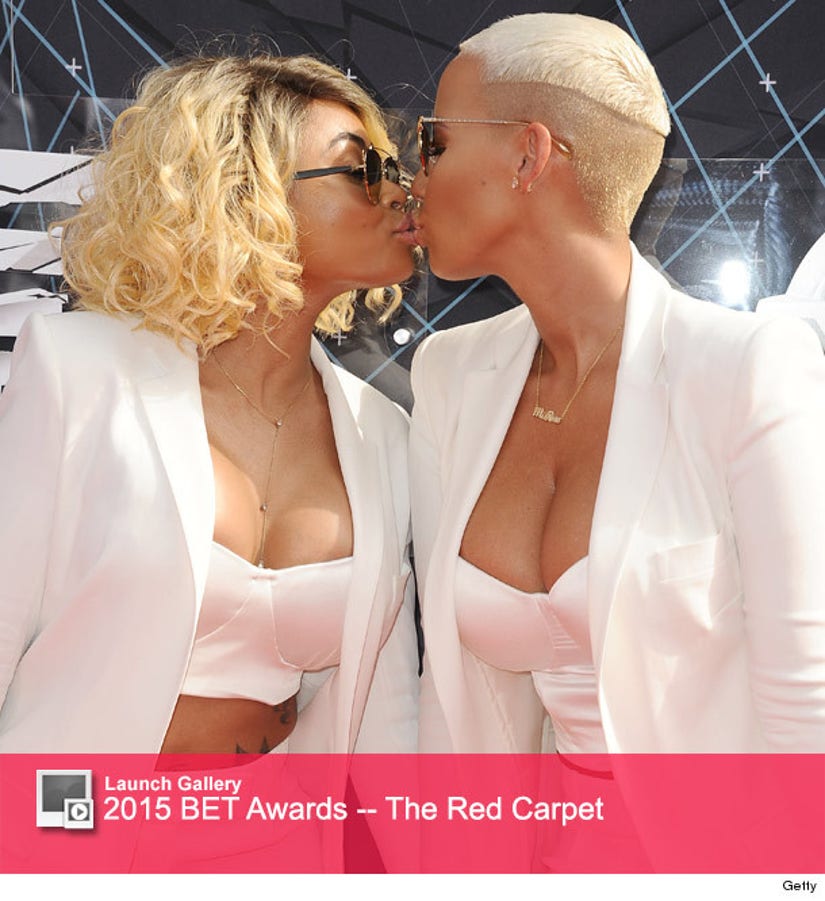 The 2015 BET Awards brought the crazy on Sunday night at the Microsoft Theater in Los Angeles.

From crazy antics on stage to one performer who actually crashed through it, there are quite a few moments everyone is still talking about Monday morning!

In case you didn't tune into the show last night, here are the videos you just gotta see.

The "Black-ish" star was one of the hosts for the evening -- and started an explosion on Twitter after she introduced Tyga and Chris Brown's performance.

After calling the duo "young, sexy and black," she took a pause and started laughing. While it could be said she was merely pausing to allow the audience time to react, some took the fact that she couldn't keep a straight face as a slight on the two performers.

These two have a very volatile past, to put it lightly, but last night Rihanna was all about her ex.

During his performance, the people in the control room did the unthinkable -- and put a camera on her while he was singing.

She was unfazed though, and actually sang along from her seat!

Sean "Diddy" Combs had the most embarrassing moment of the night, when he fell through a trap door meant for 'Lil Kim during his performance.

He got right back up and kept performing like champ ... but that looked painful!

While you can see what she looked like right here, it was the tribute from Jason Derulo, Ciara and Tinashe that has us talking.

Check out their Rhythm Nation moves above!

Before giving fans a glimpse at her upcoming music video for "Bitch Better Have My Money," Rihanna was seen arguing with Stephen Hill, BET's President of Programming.

It appears she wanted to take a stack of money on stage with her, to throw at the audience, but he wouldn't let her. A clearly ticked off RiRi then threw the money in his face and walked on stage.

Her rep later told Billboard the moment was staged -- you buying it?

Nicki picked up the fan-voted Viewer's Choice Award near the end of the show -- but had no idea which trophy she was collecting once she popped up on stage.

See her totally lose her train of thought mid-acceptance speech above. It's pretty great!