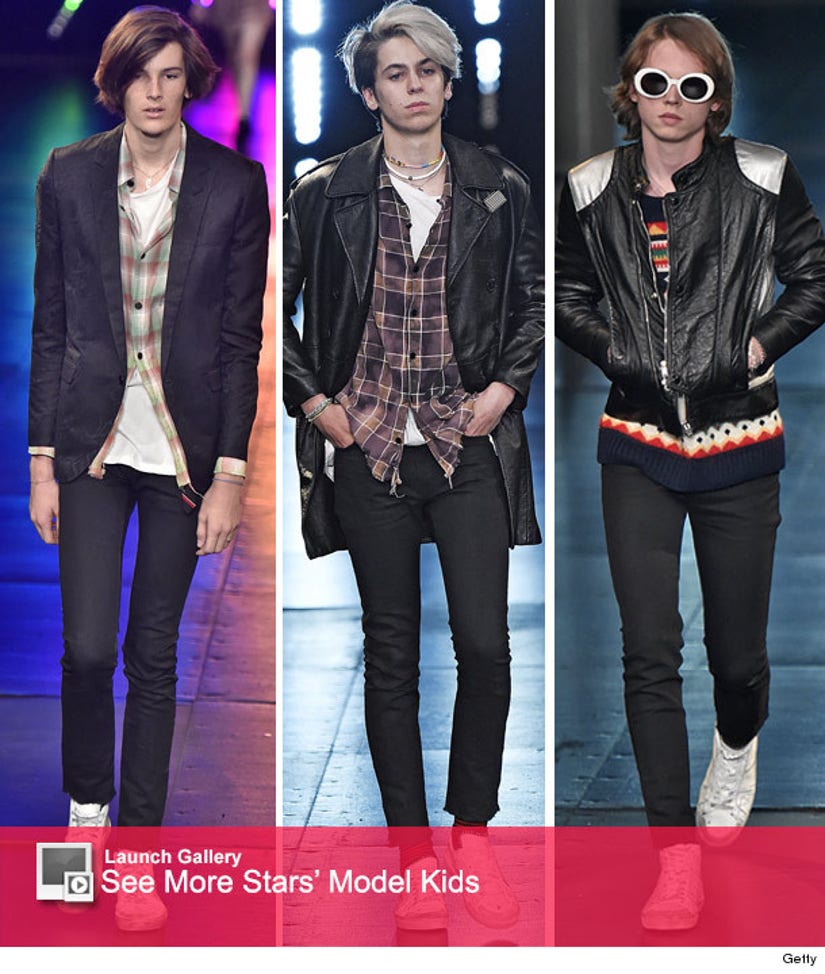 There's a new crop of celebrity model kids coming on the fashion scene!

The boys hit the catwalk sporting an array of grungy looks from the collection, all three of them sporting leather jackets and black skinny jeans.

Dylan's proud parents, Pierce Brosnan and Keely Shayne Smith, were spotted in the crowd during the show.

This isn't the first time Dylan and Jack have represented the famed fashion house though. 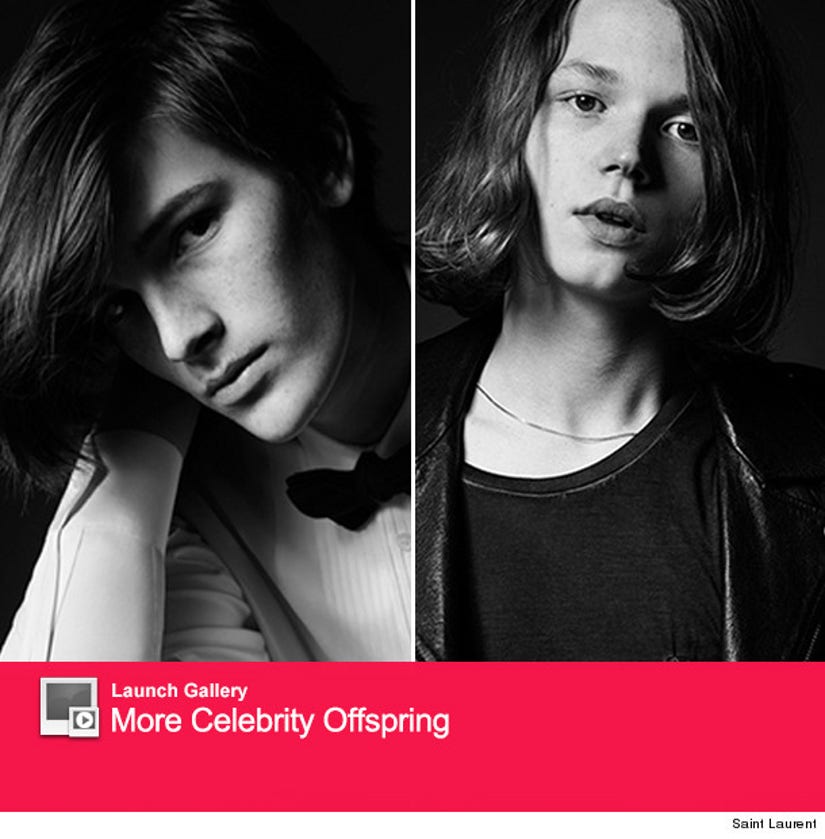 Last year, the teens were named the new faces of Saint Laurent's menswear line. Check out a snippet of their editorial debuts above.

As for tiny models in the making?