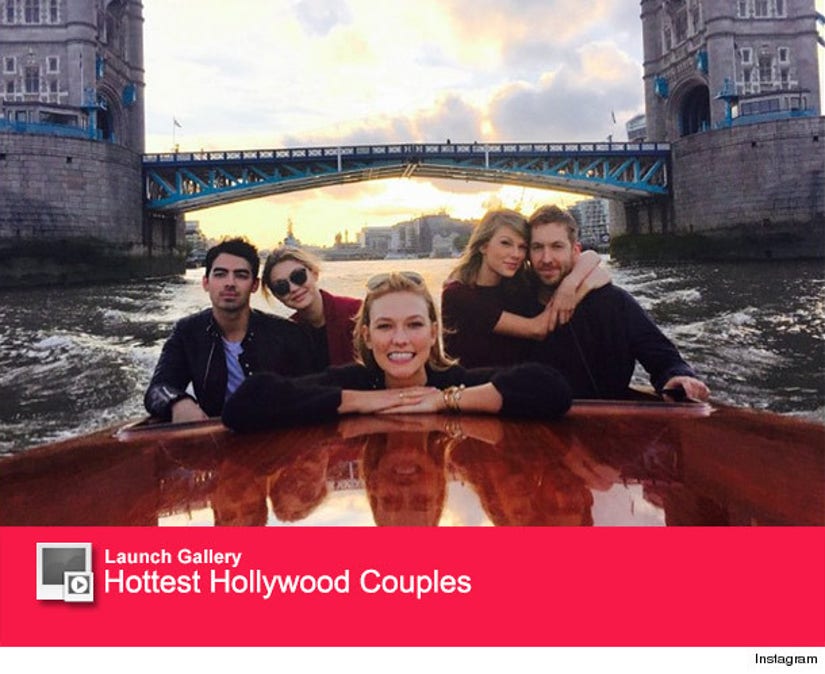 T. Swift took to Instagram to share a pic from their sunset boat ride in London, where the quartet was seen posing with Karlie Kloss.

Swift, who dated Jonas back in 2008, has already proven she put the past behind her by dining with Gigi and the former Jonas Brother in Los Angeles earlier this month. 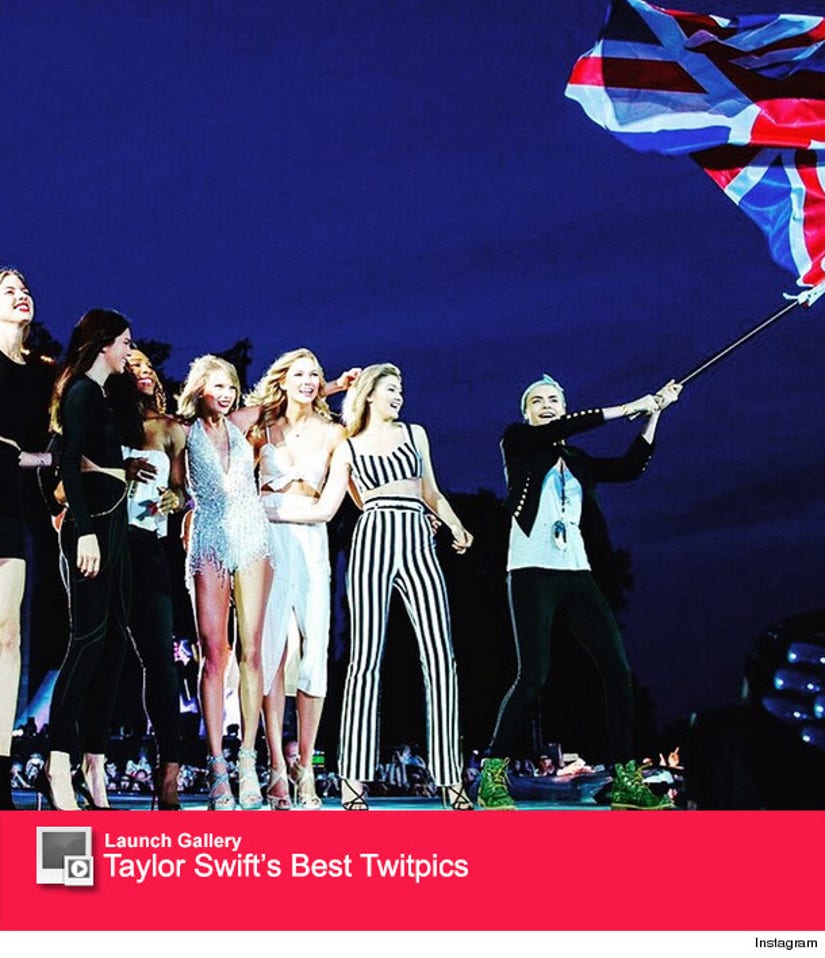 Before Taylor set sail, she hit the stage with her "squad" of famous friends -- Cara Delevigne, Kendall Jenner, Martha Hunt, Serena Williams and Karlie and Gigi -- at the British Summertime festival.

Doesn't this look like a scene out of her "Bad Blood" video? #SquadGoals!