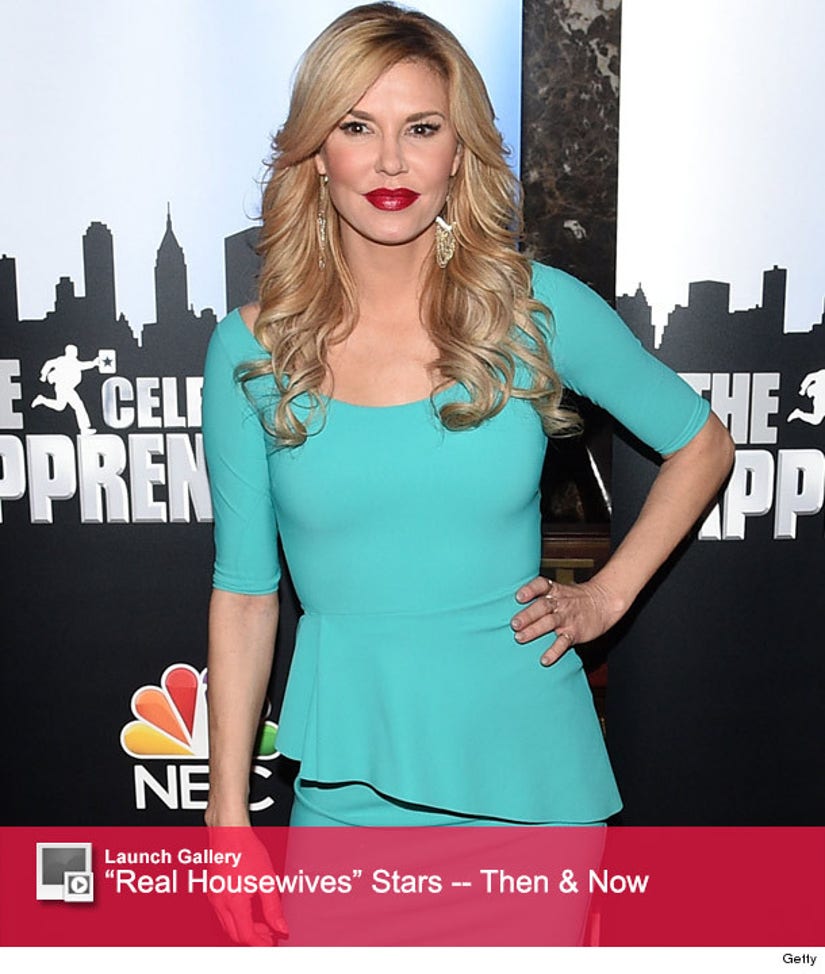 Brandi Glanville has a major bone to pick with her "Real Housewives of Beverly Hills" costars!

The Bravo star got extremely candid about her exit from the series while chatting with Howard Stern for his SiriusXM radio show on Wednesday.

While Brandi says she wasn't fired, she did reveal she left because she was unhappy with the way the reality show was portraying her.

"Last year was a really tough year for me, because I felt like I played ball -- you know, I gave my all to the show," Glanville confessed. "And then when it aired, I felt like, 'Oh my god, they did me no favors in the editing room.' And I got really upset and a little depressed because of it."

The mother-of-two adds that she was making $100,000 a year as a full-time "Housewife" and was expecting another raise soon, but decided it just wasn't worth it to continue.

"I didn't want to do the show again, 'cause I took so much heat," Glanville added. "I was doing things to my own detriment that I couldn't explain, like throwing wine in someone's face. And then I slapped Vanderpump. I really don't know why."

The 42-year-old also notes that with the absence of her real-life friends, Yolanda Foster (due to her health) and Kim Richards (because of her recent battle with sobriety), she just doesn't fit into the storyline anymore.

"I really didn't want to come back, I had other offers to do other things," she lamented. "And I said, 'Listen, I will come back if it makes sense, if it's with Yolanda [Foster] or if it's with Kim [Richards]. Otherwise, I don't talk to any of the other ladies, and I don't like them.'"

"Here's what sucks, and this is why they're c--ts," Glanville continued. "They are. Because they're saying I got fired, I'm in the process of moving, trying to rent a house for my two children, and no one will rent to me because they don't think I have a job. They're like, 'Are you sure you're not fired?' I'm like, 'I have 10 other jobs, I have a new show that I'm gonna be doing that I can't talk about yet, and a development deal with a really big network. So I have jobs, and I wasn't fired from the Housewives.'"

It definitely sounds like she won't be hanging with costars Kyle Richards and Lisa Vanderpump anytime soon. Do you think she's telling the truth?

Sound off below and check out the gallery above to see more "Real Housewives" before the fame.