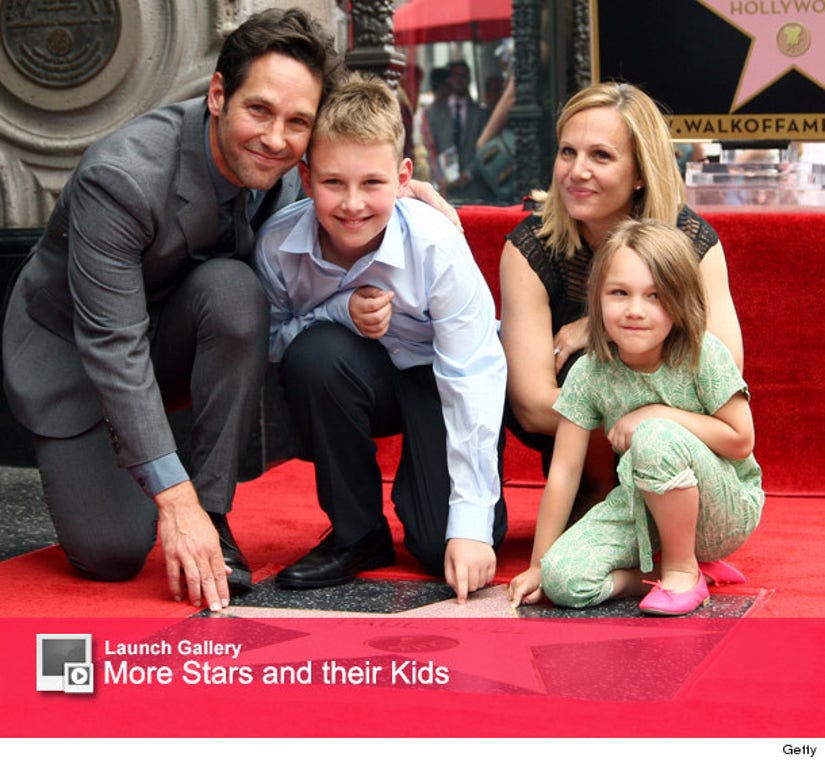 Paul Rudd hit the jackpot – he's got a beautiful family, and as of yesterday, he's officially a Hollywood Walk of Famer.

The man of the hour was honored with his own star on the 1.3-mile-long internationally known tribute to some of Hollywood's best actors, artists and musicians.

And there to support the “Ant-Man” star was his gorgeous wife, Julie Yaeger, and their two adorable children, daughter Darby and son Jack.

The 46-year-old heartthrob plays Ant-Man in the action-packed Peyton Reed film, set to be released July 17. In the film, Rudd's famous Ant-Man suit causes him to shrink in size but increase in strength. Paul must now help his mentor, played by Michael Douglas, protect the secret of the suit, and eventually, save the world.

Unfortunately, though, not everyone is as excited as we are for the release of the science-fiction thriller. Paul told Entertainment Tonight that he thought his son Jack would be thrilled about his dad's role in the upcoming Marvel movie.

But according to Rudd, Jack was "not impressed."

The 9 year old's response: “Well, I can't wait to see how stupid that'll be.”

Don't worry, Paul. At least the rest of us are pumped for July 17.

What do you think about Jack's brutal honesty? Do you think “Ant-Man” will live up to its hype? Sound off in the comments section below!