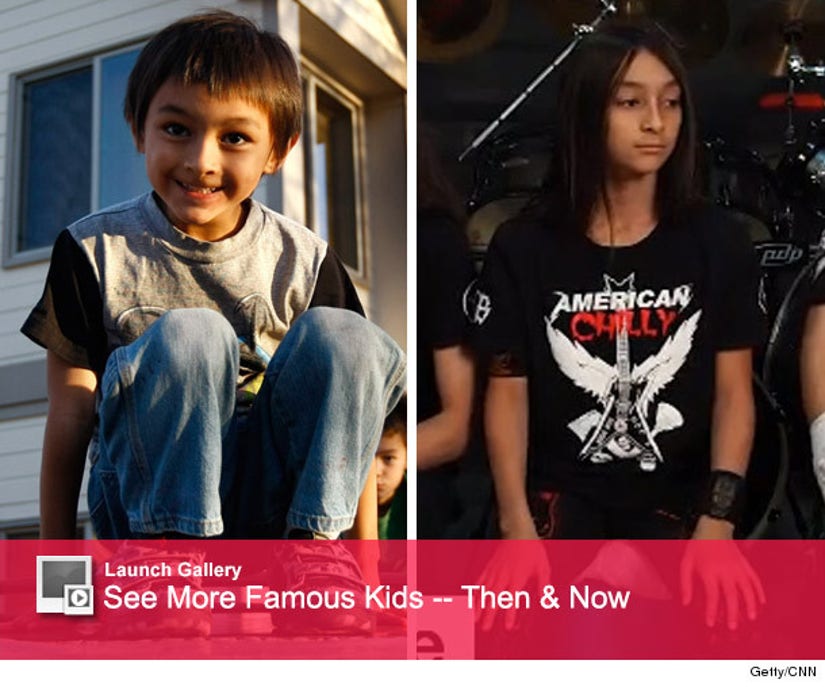 Balloon Boy has gone from hoaxes to heavy metal.

In 2009, Falcon Heene became a household name after it was believed he crawled into a metallic balloon that got loose. The entire country was glued to their TVs as it soared violently through the air at heights over 7,000 feet ... fearing the worst as it came crashing down in Colorado.

But when it finally hit ground, there was no 6-year-old boy inside. Turns out, young Falcon was actually inside the family's home the entire time, hiding in the attic.

A series of incredibly bizarre TV appearances followed ... and both of Falcon's parents, Richard and Mayumi Heene, served jail time over the incident.

Almost 6 years later, CNN tracked the family down at their Florida home -- where Richard still insists they didn't try to trick anyone.

"I didn't get charged for a hoax," he tells CNN. "It was a typical ... public official (who) redirected it to him so he could get attention. That's fine. I just want to walk from it."

These days, 12-year-old Falcon and his two older brothers play in a metal band, Heene Boyz. The three are homeschooled and love parkour.

"You can choose positive or negative. My kids are pretty much positive all the time," Richard says.

"I teach the boys that every day is a fresh start, and that when you start your day, you're in complete control of the way things are going to go," he adds. "We wake up in the morning and greet everybody, 'Good morning,' because it is.

See the band in action here -- and check out more famous kids in the gallery above!