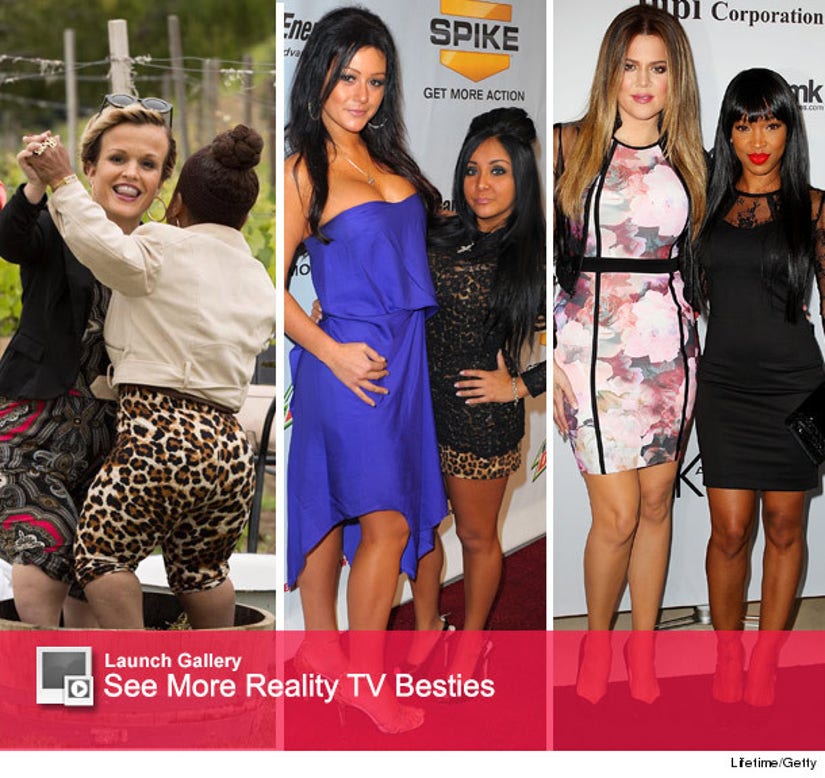 There's nothing better than some tight TV besties!

Jenni "JWoww" Farley and Nicole "Snooki" LaValle first met on MTV's "Jersey Shore" in 2009. While the now-besties didn't hit it off immediately, they've stayed close friends since the show ended in 2012. Jenni and Nicole landed their very own spin-off, which documented their lives outside of the shore. Today, the two are still super close and are godmothers to each other's babies.

Khloe Kardashian and BFF Malika Haqq go way back. The dynamic duo first stole the spotlight on "Keeping Up with the Kardashians" in 2007. While Malika technically works for Khloe as her assistant, we think it's just an excuse for the longtime friends to stay in close proximity on a regular basis.

And arguably two of Bravo's biggest stars, Kim Zolciak and NeNe Leakes, first met on the "Real Housewives of Atlanta" back in 2008. While the on-again-off-again friends have definitely had their ups and downs, these two have been able to mend fences time and time again. They're even in talks to star on their own "Housewives" spinoff together!

See other reality TV cliques -- from "The Hills" to "Making the Band" -- in the gallery above.