No bra, no problem!

Khloe Kardashian put her killer curves on full display in Los Angeles on Monday, as she filmed a scene for the upcoming season of "Keeping Up With the Kardashians."

The 31-year-old reality star showed off her enviable bod in a chambray button down with nothing underneath, which she paired with a skin-tight black pencil skirt, black lace-up booties and tousled blonde waves.

While we were distracted by her plunging top at first, we couldn't look away from her famous booty when we saw the profile shot. 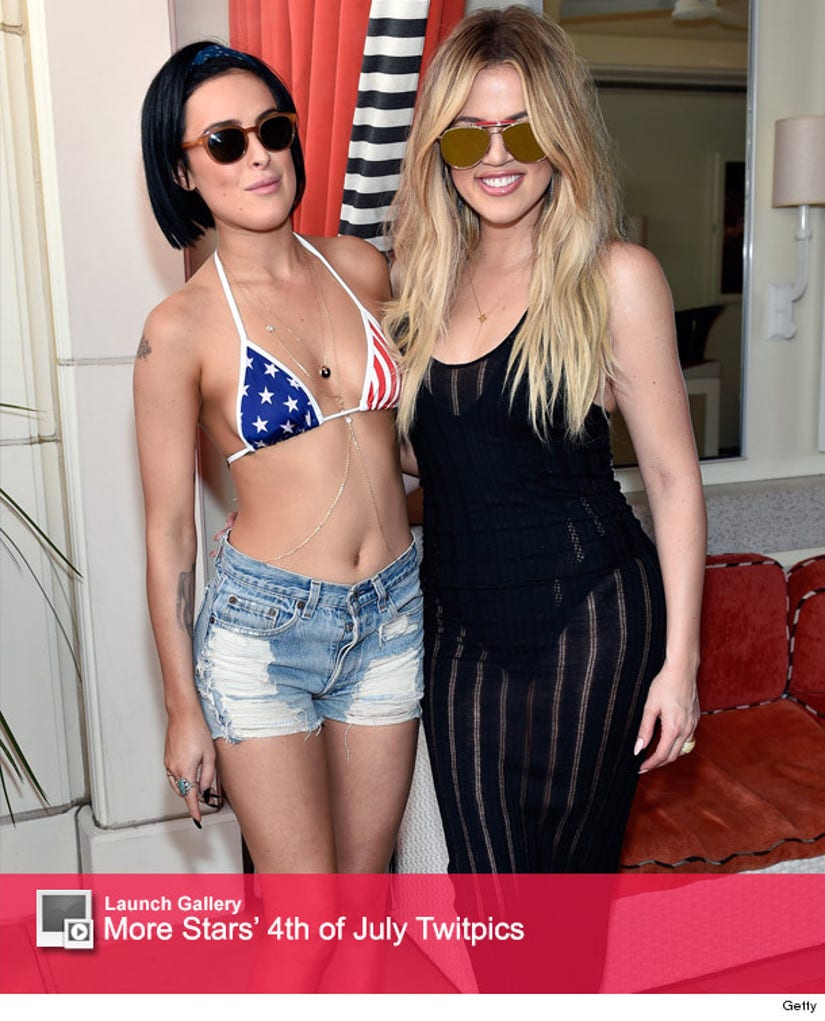 Over the weekend, Khloe made her way to Las Vegas to celebrate Independence Day with a bikini-clad Rumer Willis.

Looks like love is in the air for Khloe!

With that body, we don't think she's going to stay single for long. Check out more of her hottest looks in the gallery at the top.