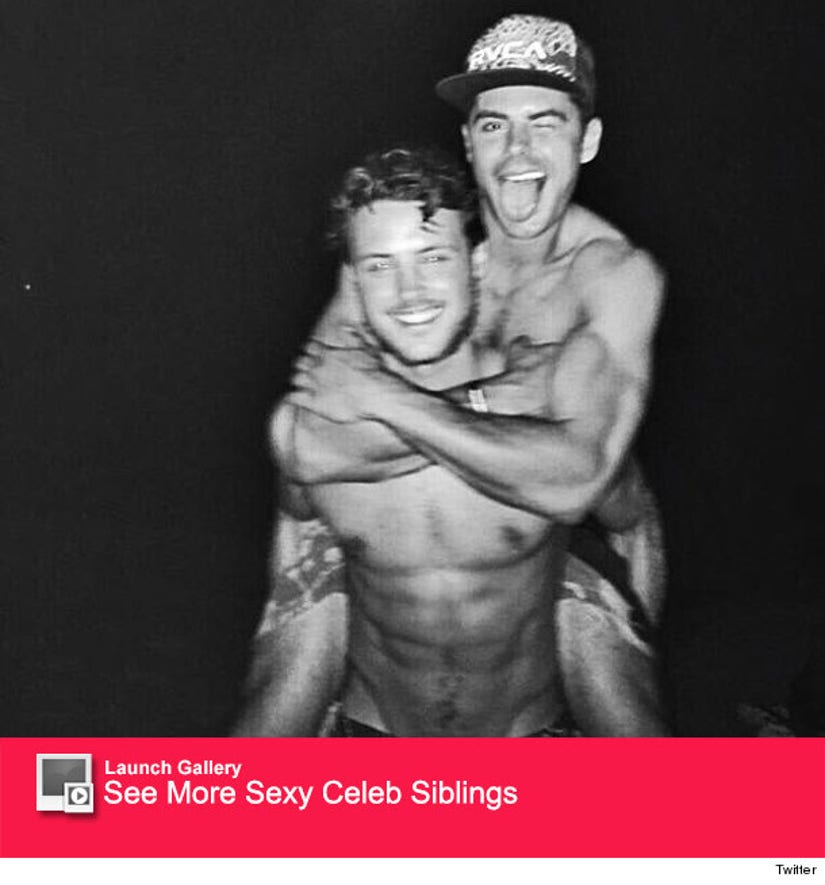 Zac Efron took to Twitter to share a shirtless snapshot with his younger brother, Dylan Efron -- and wow, these siblings are sexy.

In the pic, the "Neighbors" star is seen getting a piggyback from his equally attractive family member.

"#brothers," he captioned the cute candid, where Dylan was putting his rock-hard abs on full display.

While it's unclear exactly where the photo was taken, Zac has been in Hawaii filming the movie, "Mike and Dave Need Wedding Dates," alongside Adam Devine, Anna Kendrick and Aubrey Plaza.

He also is set to appear in "We Are Your Friends," where he plays a young DJ who struggles in the EDM scene and dreams of becoming a major music producer.

We just have one request for Zac ... keep these HOT family pics coming!