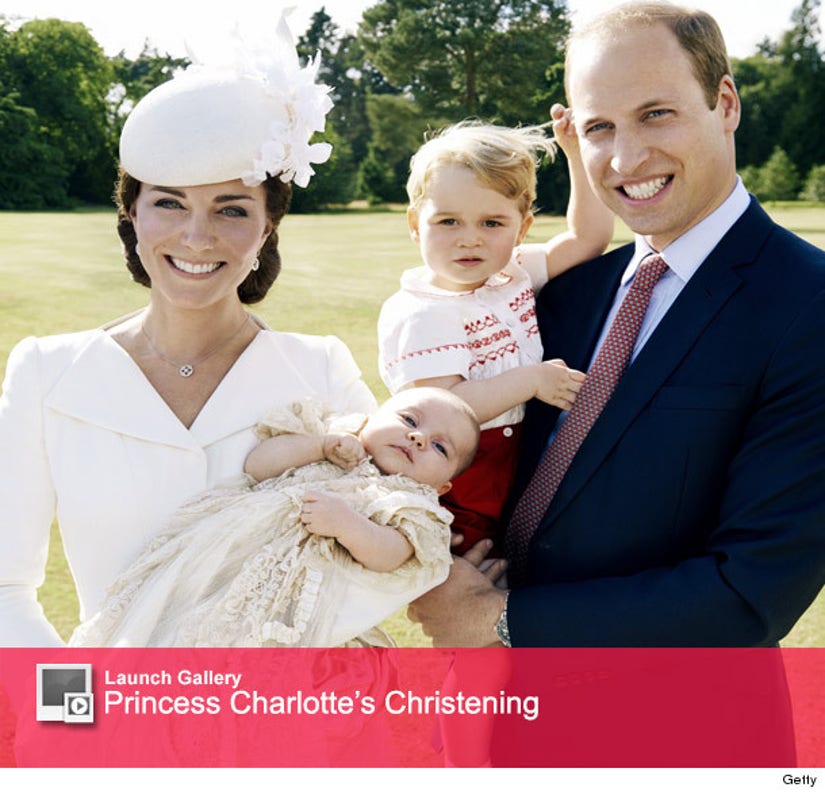 We saw a glimpse of Princess Charlotte's christening over the weekend, but now, we're getting to see the official portraits from the event!

Like her older brother George, Charlotte was dressed for the occasion in a replica of the intricate lace-and-satin christening gown made for Queen Victoria's eldest daughter, Victoria, in 1841.

Meanwhile, Prince George ﻿was clearly inspired by his dad, Prince William, on Sunday.

His father wore almost the same ensemble, with a slightly different patterned shirt, when he stepped out in September 1984 to meet his new baby brother, Prince Harry, for the first time.

The ceremony was private — Queen Elizabeth, her husband Prince Philip, Prince Charles and Kate's family were among a small group of guests allowed inside. Guests also included five godparents that William and Kate chose for Charlotte, including William's cousin Laura Fellowes, Kate's cousin Adam Middleton, and three of the couple's friends.

Check out all of the pics from Charlotte's christening in the gallery above!