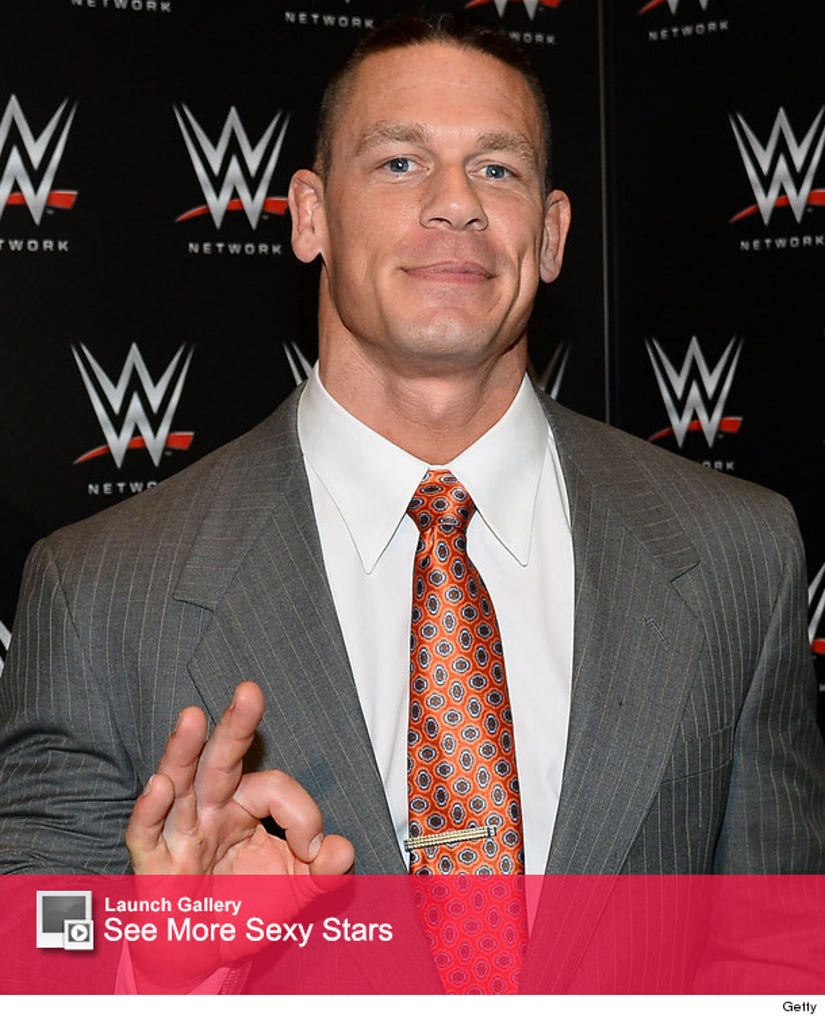 John Cena is making his return to the big screen in a major way.

The WWE star makes his comedy debut along side Amy Schumer in this month's "Trainwreck" and already has fans buzzing over his performance which features a VERY revealing nude scene!

The professional wrestler chatted with toofab's Candice Brock and gave all the details on his role in the flick, why he was nervous to drop trou and his plans to do more comedy.

It's been quite a while since you've done a major movie. How was it returning to the big screen?

John Cena: It was great. I couldn't think of a better project that I'd want to be a part of. This was an interesting opportunity for me, and one hell of a funny movie!

What made you want to sign on for “Trainwreck”?

John: The script was phenomenal. It was funny from start to finish. I think it's an idea that everyone – both man and women – are going to be able to relate to. Although it's tremendously funny, I think it truly deals with the struggle people have forming long-term relationships. And I think Amy's brilliant, and Judd [Apatow] is unreal. Literally, it was a chance to play for the comedy Yankees.

Who made you crack up the most on set?

John: I got to work with Amy the most, and she doesn't ever run out of funny. So definitely her. You can see why, I think at long last, she is finally getting the recognition she deserves.

Was there ever a moment where you broke character?

John: No, and the cool thing about this movie is that I was playing an ex-boyfriend, so there really is no character. The initial description was they just wanted a physically large human being, but there were certain aspects of the script that gave a little more depth to that physically large human being. I kind of just ran with that, so as far as breaking character, there wasn't really a chance to, but I laughed a ton. We did a bunch of busted takes.

You ad libbed a lot of your material. How did you come up with some of it?

John: I'm a live entertainer. I've been a live entertainer for 15 years. I've seen a lot and I've heard a lot. I've been called everything in the book and then stuff that's not even in the book. So over time, you develop a knee-jerk response to all this stuff, and basically that was my wheel house. I didn't want to be too witty and too sharp because the character isn't sharp. He's confused and he isn't witty and thinks everybody's out to get him, so I just kind of took that approach to everything.

You also have some pretty racy scenes in this movie, too. Was that you or was it a body double? 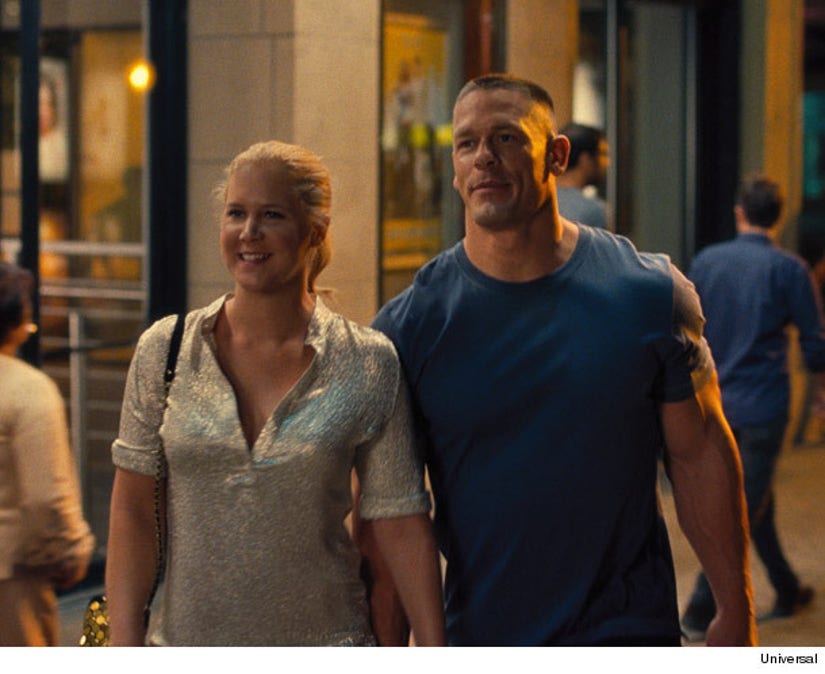 John: I know it's a lot less clothes than people are normally used to seeing, but I spend most of my life shirtless. So I didn't do any special prep. I just kinda am who I am.

Were you nervous at all?

John: A ton. Not only for that, but for the entire experience. Everyone in this movie has an accolade of comedy as long as the constitution, and I'm just the new kid trying to like 'Hey, man, I wanna work with all these funny people and be funny.' And they were extremely welcoming, comforting and made an awesome environment for even somebody who's trying to learn this whole gig – feel like they were special and feel like they belonged.

Who do you think you learned the most from while on set?

John: I got to work with Judd and Amy most, and Amy's ability to want her surrounding cast to do fantastic, and that humility and humbleness is a rare find. Combine that with Judd's ability to take virtually an unknown – this is what he always does with everybody – be able to get something that he sees, and only he sees. He knows what he's looking for and he's a great coach. That's why he's a great director.

You've done action and now you've taken on comedy. What is the next genre that you see yourself doing?

John: I work such a physical lifestyle, and I enjoy it, but to be able to clock in, laugh at yourself all day, and clock out, and you're like 'That's what I did for work?' It's really fun, and I think being able to laugh, especially at yourself, is important. So it's both interesting and I'm learning about the movie business as I go, but it's also therapeutic, total stress reliever, doesn't even feel like work. You don't have to jump off a building, which is always cool, but I'd like to do some more of this if presented with the right opportunity. The sky's the limit I hope.

Watch the trailer for "Trainwreck" above and catch the flick when it hits theaters Friday July 17th!