"Sharknado" will be returning to the small screen with sharks flying on July 22 with the highly anticipated third installment of the SyFy hit, "Sharknado 3: Oh Hell No!"

This time, the sharks take a bite out of the East Coast when a sharknado hits Washington, D.C. and Orlando, Florida.

After watching the first two installments, we know there's only one way to view the new flick -- and that's with a drink in hand.

toofab caught up with the cast at Comic-Con to find out the best way for you to have booze-filled "Sharknado 3" viewing party, based on their characters. 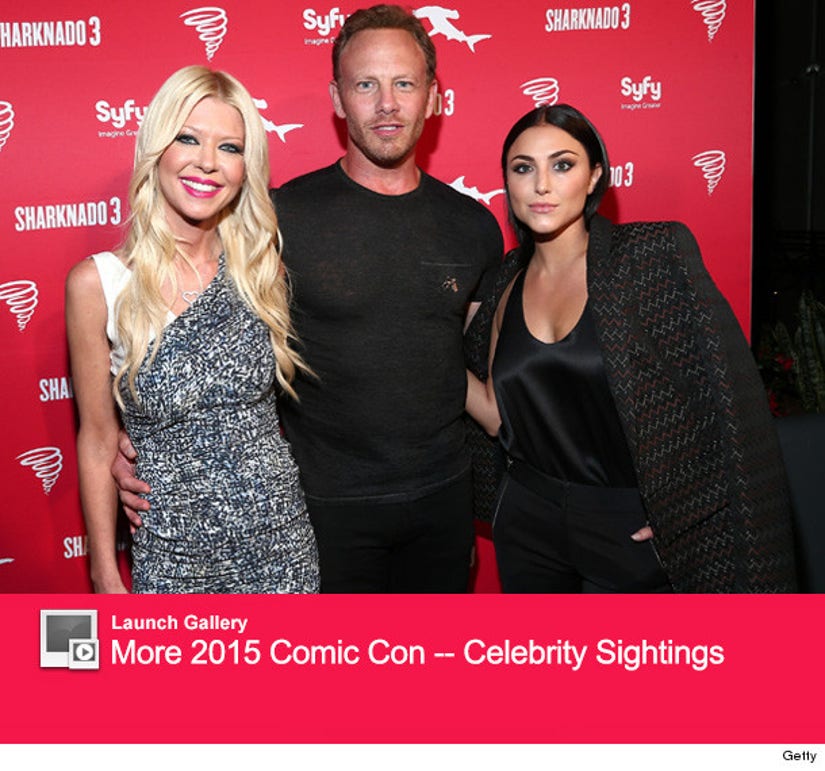 Tara Reid told us to drink every time she "yells the word, Fin."

If you're a fan of Ian Ziering's character, be sure to pay close attention to Fin's wardrobe. The actor said to drink "every time you see his sharktooth necklace. I'm running the whole time, so it goes in and goes out."

As for Cassie Scerbo, who promises some serious skin from her character, she wants you to booze it up based on her skills ... not her cleavage.

"I'm going to say, every time she slays a shark," the actress suggested. "Every time Nova slays a shark with one of her 25 weapons that she has this time around."

Check out the clip above to find out the one rule that "will have you drunk by the first commercial break."