The "Don't Ya Think I'm Sexy" singer stopped by the "Late Late Show with James Corden" on Tuesday for some Carpool Karaoke, where the twosome sang a few of Stewart's biggest hits, chatted about his partying past and his infamous 'do.

Check out the video above to see what happens when A$AP Rocky joins them!

Later in the car ride, Corden asks Rod about his favorite rock 'n roll moments -- and the "Maggie May" singer couldn't pinpoint just one.

Justin Bieber Reveals If He's "Made Love" To His Own Music Before!

The 70-year-old also reveals that during his band's heyday the group was banned from the Holiday Inn, so they used to check in under the name Fleetwood Mac and throw some massive parties.

James also couldn't help with ask the rocker about his legendary 'do. "Let's talk about the hair, 'cus it's a work of art. How long does it take to get that?" Corden asked. "It's ten minutes," Rod replied. "Can I touch it?" Corden retorted.

Mariah Carey Sings "Always Be My Baby" with James Corden!

The comedian began caressing Stewart's hair, calling it a "beautiful moment" ... just before the singer started caressing James' body. The two immediately broke out into a fit laughter.

We can't get enough of Corden's "Carpool Karaoke" bits -- what do you think about Rod's appearance? Sound off below and check out the gallery to see more of your favorite men of the '80s then and now! 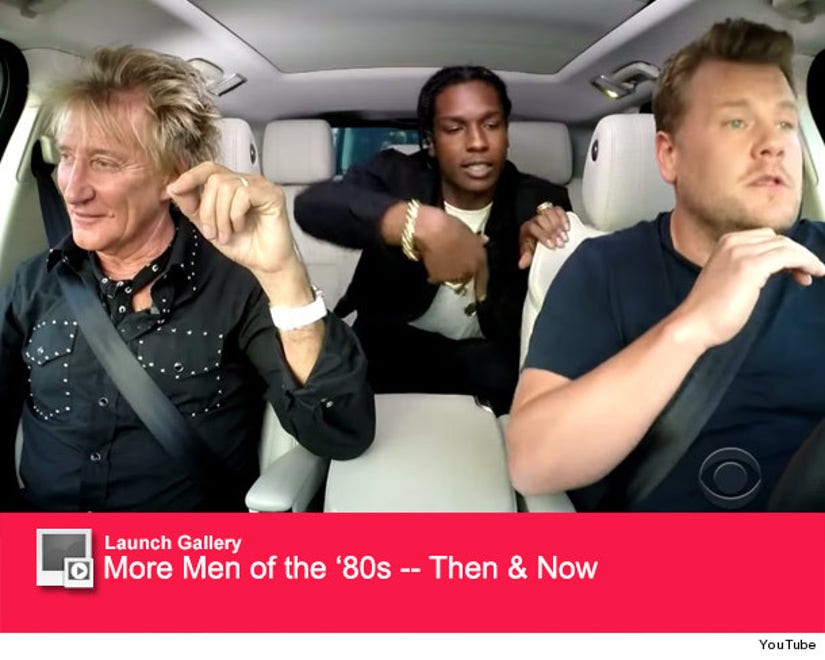