This might be the best thing you see all day!

toofab's Brian Particelli caught up with "Jay and Silent Bob" stars Kevin Smith and Jason Mewes on the red carpet for "Scooby-Doo! and KISS: Rock and Roll Mystery" during Comic-Con in San Diego, California.

The dynamic duo -- who lend their voices to the new Scooby-Doo cartoon -- revealed that they will be making a very big comeback, too. That's right, there's going to be a sequel to "Mallrats."

While it's been 20 years since the cult classic hit the big screen, Smith says he's working on a deal with Universal and is hoping to get everyone back for the second installment of the funny flick.

"We're going to shoot a sequel," he told us while chatting about the movie's double-decade milestone. "'Mallbrats' it's called."

"So hopefully in October we're rolling," he excitedly added. "We're still doing the deal with Universal but knock wood man." 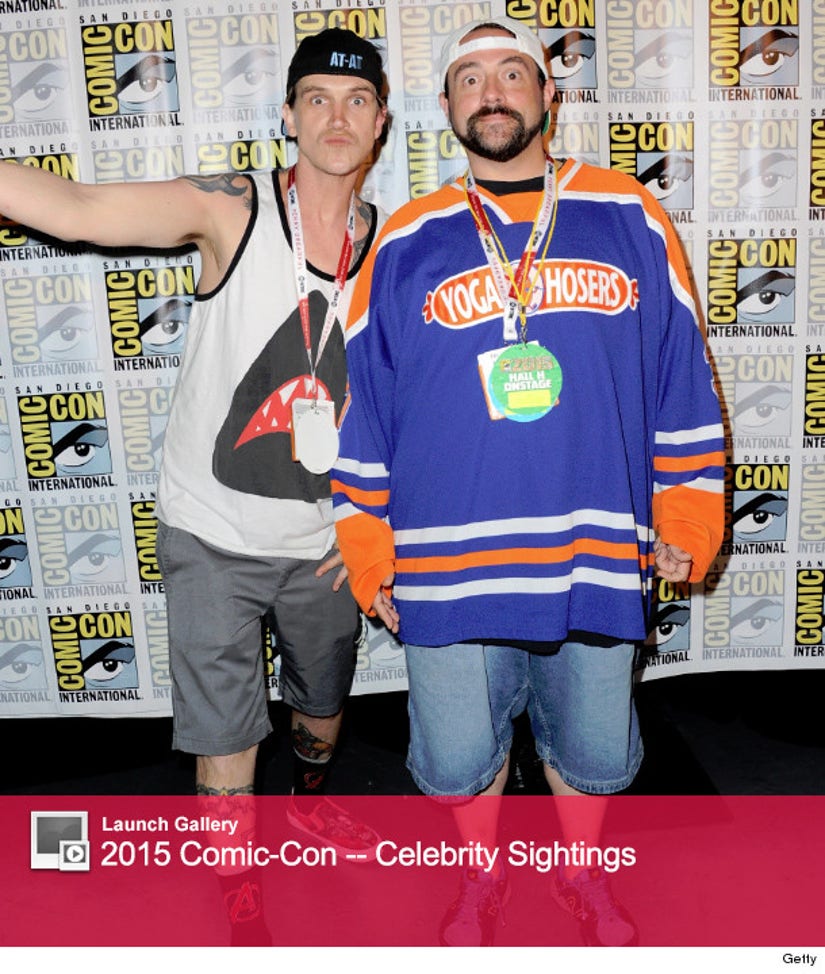 Kevin hopes to get the original film's stars -- including Jason Lee, Ben Affleck and Shannen Doherty -- back for the sequel, which will mix storylines with the original characters and a new, younger generation.

"It mixes, like how many are there, there are like 18 characters from 'Mallrats' coming back and 17 are like 'I'm in.' I haven't asked the other guy yet. So then we bring in a few more characters, so it's going to be cool. It's like a 20-year later thing and the mall's dying, it's going to be fun."

We really, really hope this happens!

Would you like to see a "Mallrats" sequel? Sound off below and check out the gallery above more celeb sightings from Comic-Con 2015!