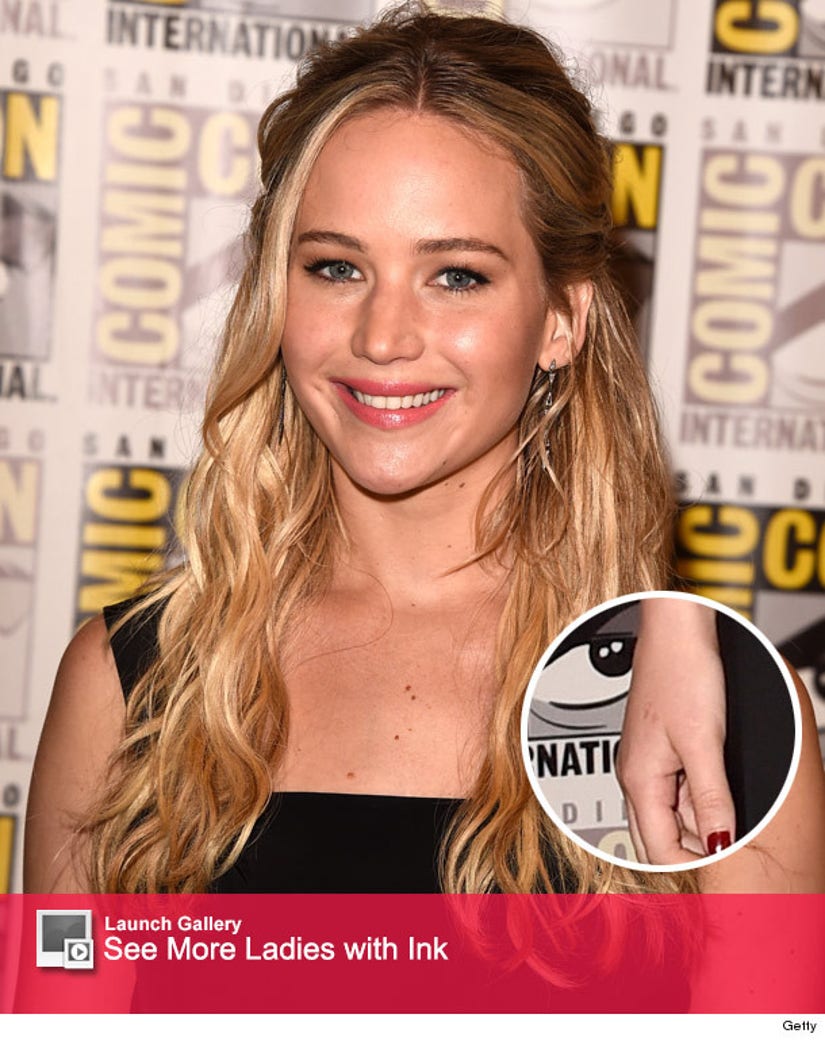 Jennifer Lawrence is coming clean about her big tattoo blunder!

During an interview with HitFix at Comic-Con, the "Hunger Games" star revealed the story behind her skin-colored tattoo that reads "H2O" on her right hand.

As it turns out, JLaw got the new ink during an outing with costar Liam Hemsworth's family.

"You know, I call this tattoo a watered-down rebellion because it's not like a real tattoo," she explained. "It's just like, I was with Liam's family and everybody was getting tattoos and I was like, well, I'm always going to need to be hydrated, so I guess I should just get an H2O on my hand."

"It's the color of a scar so it's au naturel and it's literally the most unrebellious tattoo that anybody could ever get," the actress declared.

It's a good thing the tatt is inconspicuous because Jen says it's not up to scientist standards.

"By the way, I know that the two is high and H2O the two is supposed to be low," she admitted. "I should've Googled it before I got it tattooed on my body forever."

At least she has a permanent reminder to drink water, right?

Craving more JLaw news? Be sure to watch the first trailer for her new movie, "Joy," below!