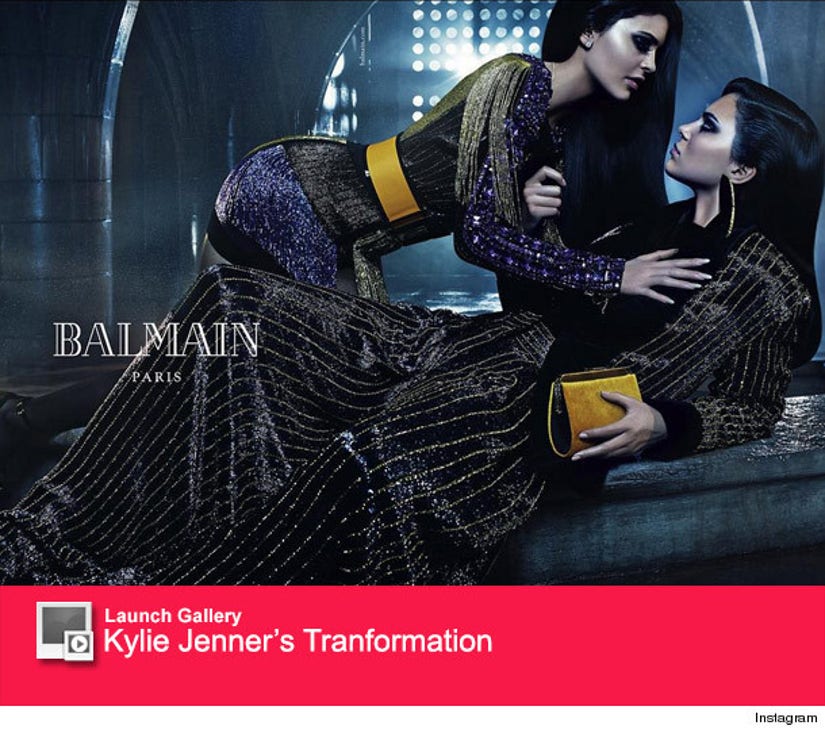 Kylie Jenner feels up her own sister in a beautiful-but-bizarre new campaign image for Balmain.

The 17-year-old and her model sister, Kendall Jenner, stun in the new campaign images as they sport dark makeup to match their designer duds.

But it's their poses that have us asking "WTF?"

Kylie is seen leaning over her sister as she places a hand on her chest. Kendall pulls her younger sibling close by the chains on her dress, the two looking into each others eyes as if they're about to kiss.

Talking to WWD, Rousteing added that the campaign is "a celebration of the unique and unconditional love of siblings."

Joan and Erika Smalls, Gigi and Bella Hadid and brothers Armando and Fernando Cabral will all appear in additional campaign images. The shot of the Smalls women is much more tame -- and they're both still slaying! 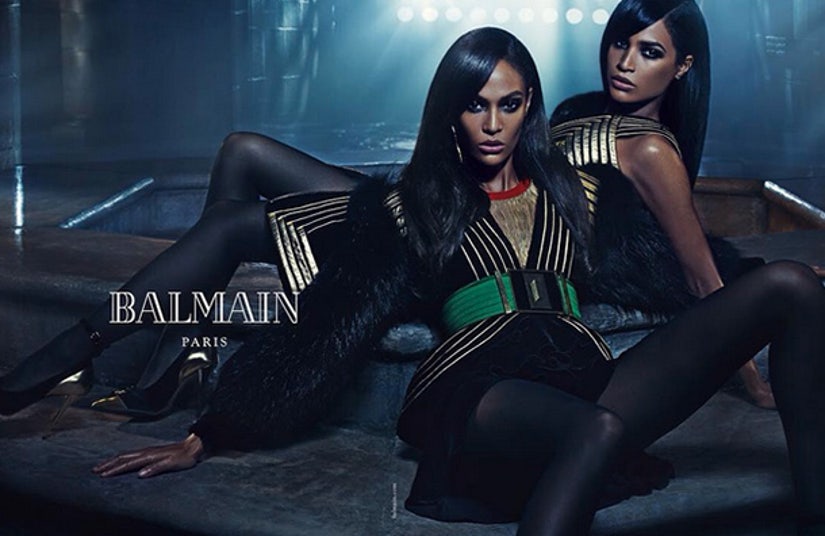 What do you think of the Jenners' suggestive pic? Sound off below.