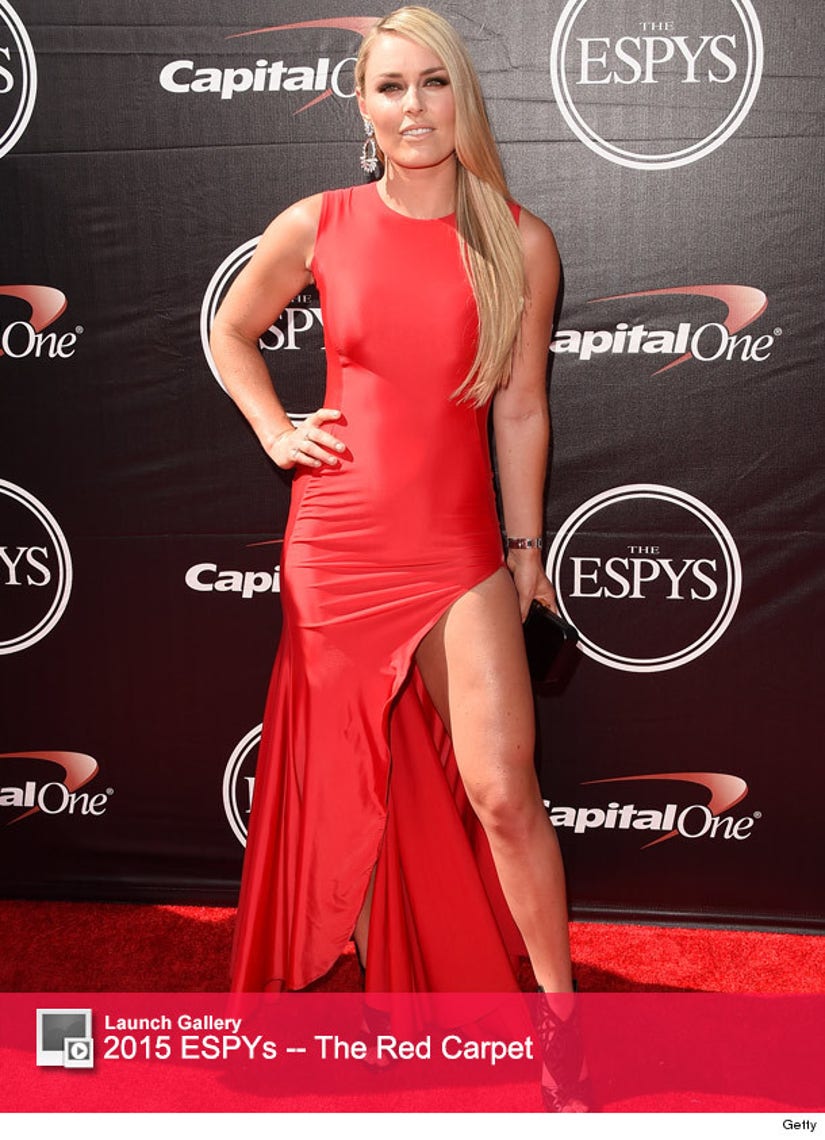 The Olympic athlete stepped out for the biggest night in sports and heated up the red carpet at the 2015 ESPY Awards in Los Angeles on Wednesday.

The 30-year-old pulled an Angelina Jolie and showed a whole lot of leg in a red gown with a thigh-high slit. She kept her long hair sleek and accessorized with a black clutch and cut-out heels.

The skiing champion was on hand for the night to present the award for Best Breakthrough Athlete and as a nominee for Best Female Athlete.

Although Lindsey lost out on the award to UFC Champion Ronda Rousey, she still stole the show in that jaw-dropping dress. We bet Tiger Woods is really kicking himself now!

Speaking of Lindsey's former beau, things got a little awkward last night when host Joel McHale teased the star about her ex during the show's opening.

"Many are calling Jordan Spieth the new Tiger Woods," the comedienne said of the 21-year-old golf sensation as he began his roast. "Which is great news for golf and terrible news for the future Mrs. Jordan Spieth."

Almost instantly the camera zoomed in on Lindsey's face as the audience erupted into laughter. But the athlete, who split from the pro golfer in March, took the joke in stride and laughed it off like a pro.

"Is uh, Lindsey behind me right now?" McHale continued. "She wasn't married to him! Is she mad?"

What do you think of Lindsey's leggy look? Sound off below then click "Launch Gallery" for more from the ESPYS red carpet!