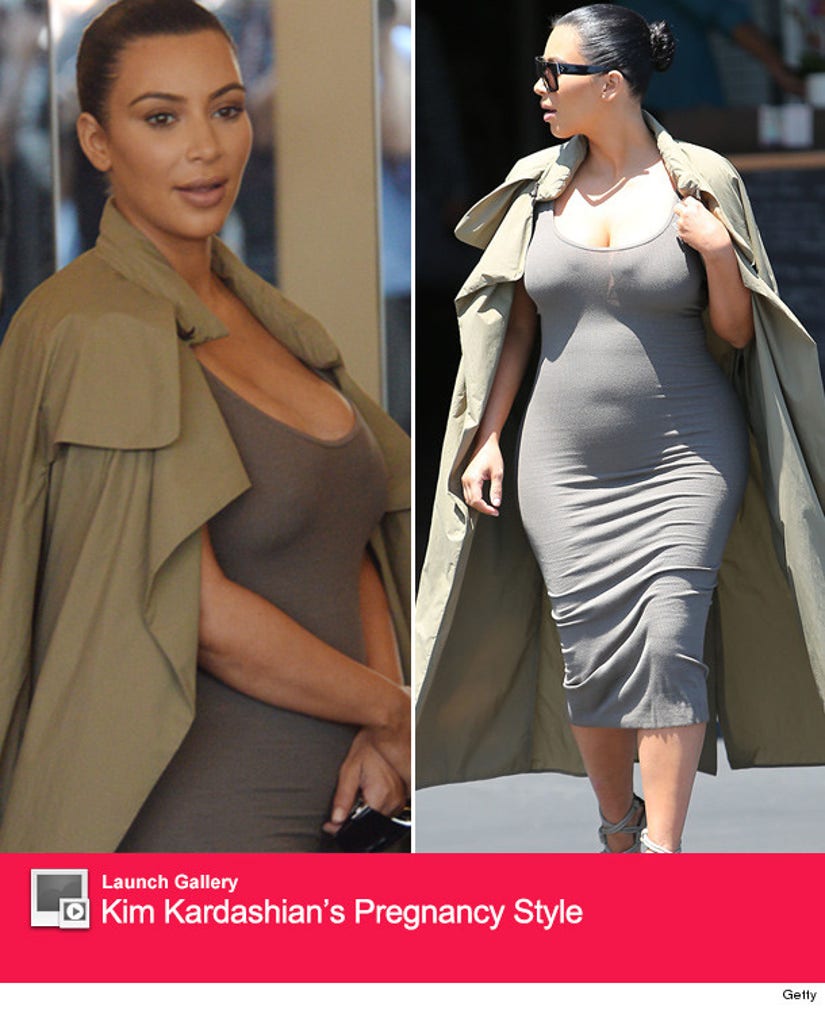 We spot a bump!

Kim Kardashian put her blossoming belly on full display in Los Angeles on Thursday, sporting a form-fitting gray midi dress with matching cutout stilettos. She covered up some of her curves with a sage trench coat and pulled her long locks away from her face in a chic bun.

The latest bump sighting comes after Mrs. Kanye West tweeted about her growing stomach earlier in the week. "I'm at the stage now where I wake up with a flat belly but then as I eat and by the end of the day it pops out! This means it's about to pop," she wrote.

The "Keeping Up With the Kardashians" star, who's expecting a boy, is about four months along with her second child.

North West's mom hasn't let this pregnancy get in the way of her sexy signature style! She's worn everything from sheer dresses, to crop tops, to her usual curve-hugging ensembles. 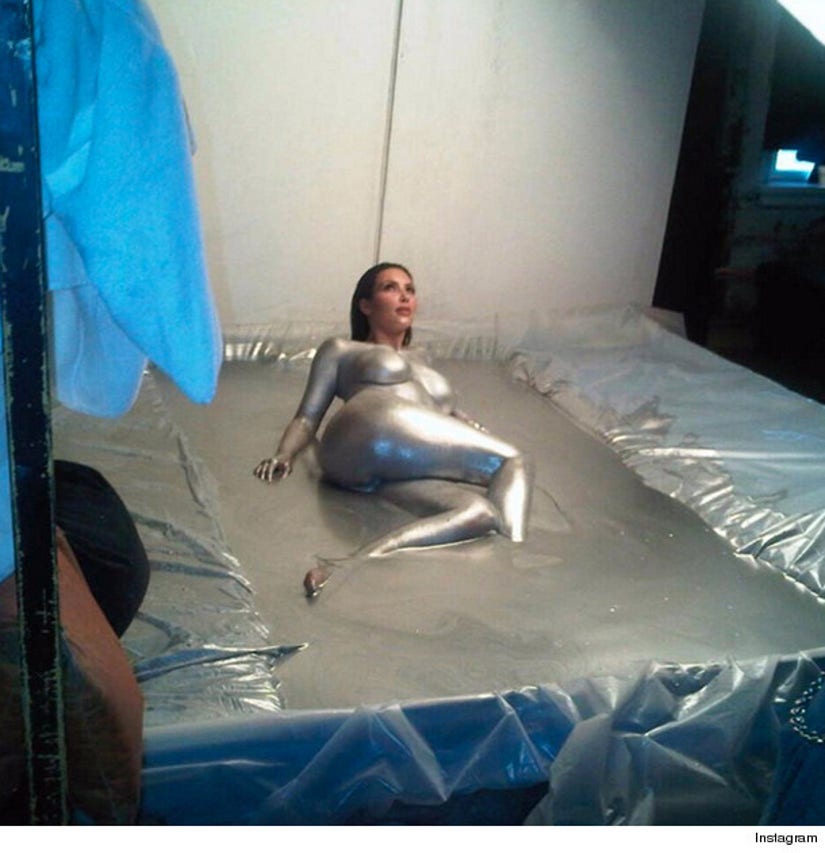 It seems that Kim was feeling nostalgic yesterday -- she posted a throwback photo from her nude shoot with W Magazine in 2010.

"#TBT shooting my @wmag cover," she captioned a photo of herself lying naked in a pool of silver paint.

In case you forgot, Kim famously cried over the racy shoot during a 2011 episode of "Kourtney and Kim Take New York" ﻿because she didn't want the naked photos to be released.