Maitland Ward has become a staple at Comic-Con, and she never fails to create some buzz over her racy costumes.

The 38-year-old actress and former "Boy Meets World" star wowed fans as Wonder Woman and an Orion slave girl from "Star Trek" this year, but admits she had to come up with a plan to ward off a few of her overzealous admirers.

"When I'm wearing a skimpy outfit, there are certain guys who come around a lot and want to take pictures," she told toofab's Kristen Gill. "They want to hug you -- it's a little creepy. I try to have a little army around me."

While certain cosplay connoisseurs get a little too close for comfort, the redhead said most of her fans are "pretty good."

"They're not like crazy guys at a club or something," she declared. "People here understand, there are a lot of people that are really into the characters." 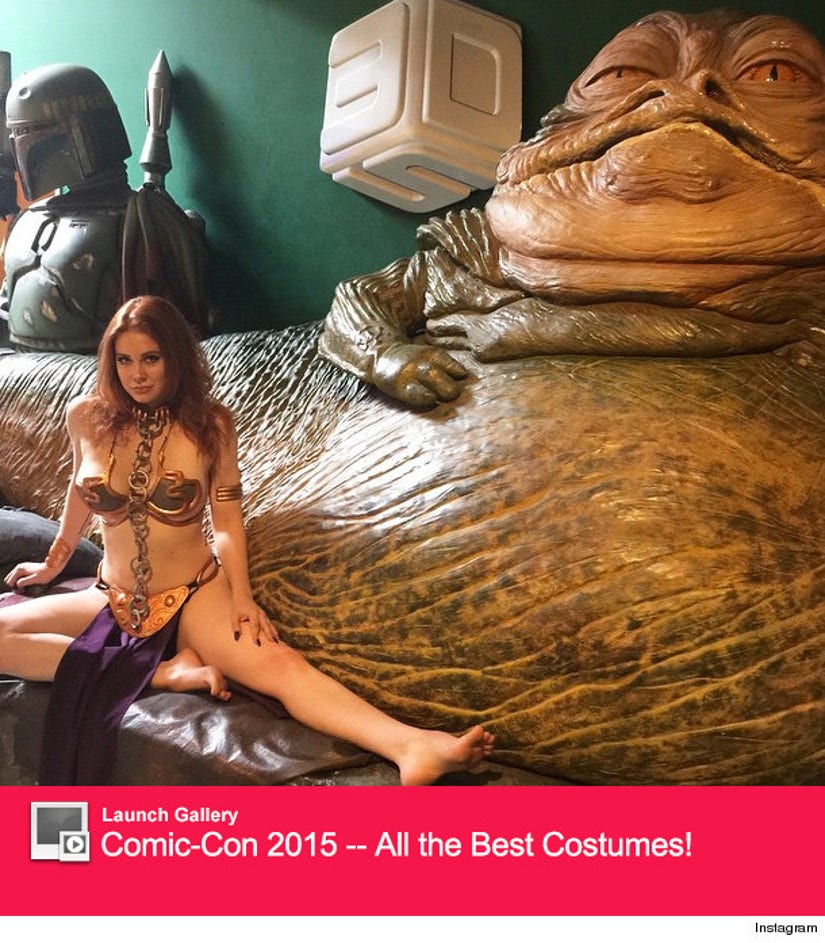 Ward has gone to more than 10 Comic-Con conventions, sporting different costumes for each one. But her all-time favorite was her interpretation of Princess Leia.

"I've done the Slave Leia costume from 'Star Wars' a lot. That was fun," she revealed. "Over the 'May the Fourth Be With You,' I was by a big Jabba -- a life-size Jabba. That was probably a high point in my life."

Check out the clip above to hear more about Comic-Con and find out if Maitland would want to reprise her "Boy Meets World" role on an upcoming episode of "Girl Meets World!"