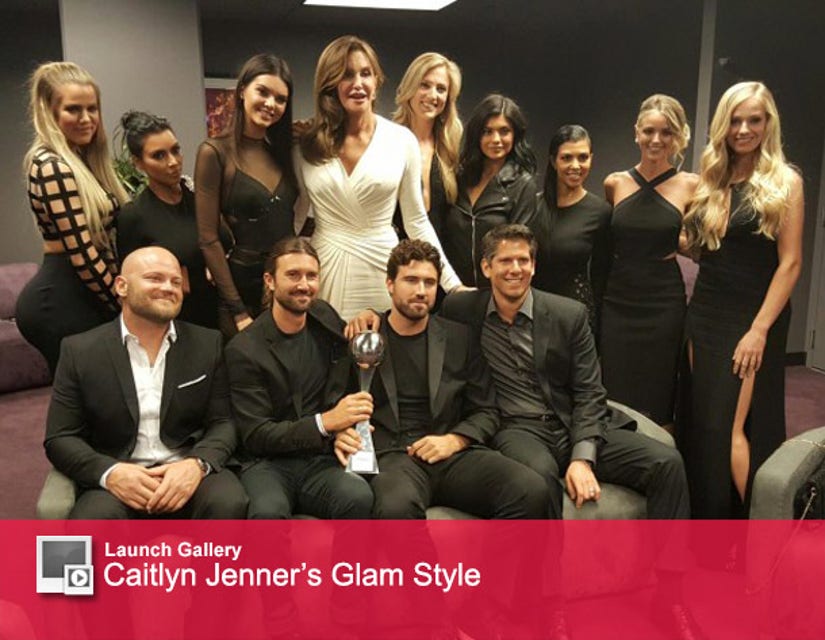 Caitlyn Jenner says going glam for the ESPYs was "like every fantasy" of her life come true -- but she's still wrestling with other aspects of her transition.

In a new blog post, Caitlyn opens up about her historic evening, from her dress fittings to her reaction when she watched her speech back hours later.

Jenner says Donatella Versace called her up to say she really wanted to design the dress she'd wear to the event -- something Jenner just couldn't turn down.

During her moving speech, Jenner opened up about the struggles transgender youth go through, while also addressing her family and friends.

"The toughest part in the speech was my kids," she now reveals. "It was hard to look over there and see all of my children. As I said in the speech, I don't want to hurt anybody. I just want to be myself. I barely got through that."

It was clearly an emotional moment for all, as her children were also seen tearing up in the audience as she spoke.

Jenner says she left the ceremony shortly after her speech and made it home in time to watch the West Coast feed.

"It was a little difficult for me to watch myself. While I felt like I looked great and that the gown looked fabulous, I still have a voice issue," says Jenner. "It's not quite right compared to my feminine appearance. That bothers me a little bit. However, I hope that people don't listen to the pitch of my voice, but listen to what I have to say. That's important to me."

People are definitely listening. The ratings for the ESPYs were at an all time high this year, with viewership peaking during the final hour -- when Jenner gave her speech.