Lucy Lawless is ready to kick some ass again ... and she's got a former "Xena: Warrior Princess" costar by her side as she does it.

Sorry guys, it's not Gabrielle.

The Kiwi actress re-teams with Bruce Campbell for Starz's "Ash vs. Evil Dead," which finds the actor strapping his chainsaw arm back on to reprise his role as Deadite hunter Ash from director Sam Raimi's "Evil Dead" films.

Lawless plays Ruby, who's described as a "real biatch" by Campbell and a "mysterious figure who believes Ash is the cause of Evil outbreaks" by the network.

"Our relationship as humans is good, a lot of mutual respect," Bruce told toofab at Comic-Con this year, referring to Lucy. "She's really accomplished quite a bit and is really a great role model in many ways. Professionally, her character sucks. She plays this biatch, Ruby, who thinks I'm the bad guy."

Ruby is definitely another strong role for Lawless -- but she swears those aren't the only characters she's drawn to.

"I'm drawn to all kinds. I love to play victims and weak people, I love that," she tells toofab. "But you're not gonna turn down the part of Ruby in 'Evil Dead,' are you? 'Oh no, she's too strong, I think I'm gonna hold out for that particular victim role.' They're few and far between for me."

And while the character may recall shades of the wild warrior or Lucy's other badass roles on "Spartacus" and "Salem," there's one very very big difference: The wardrobe.

"I love modern clothing, I'll tell you that," Lawless says.

Check out the video above to see what else Lucy said about avoiding blood on the Starz set and what it was like shooting in her homeland of New Zealand, where they also filmed "Xena." 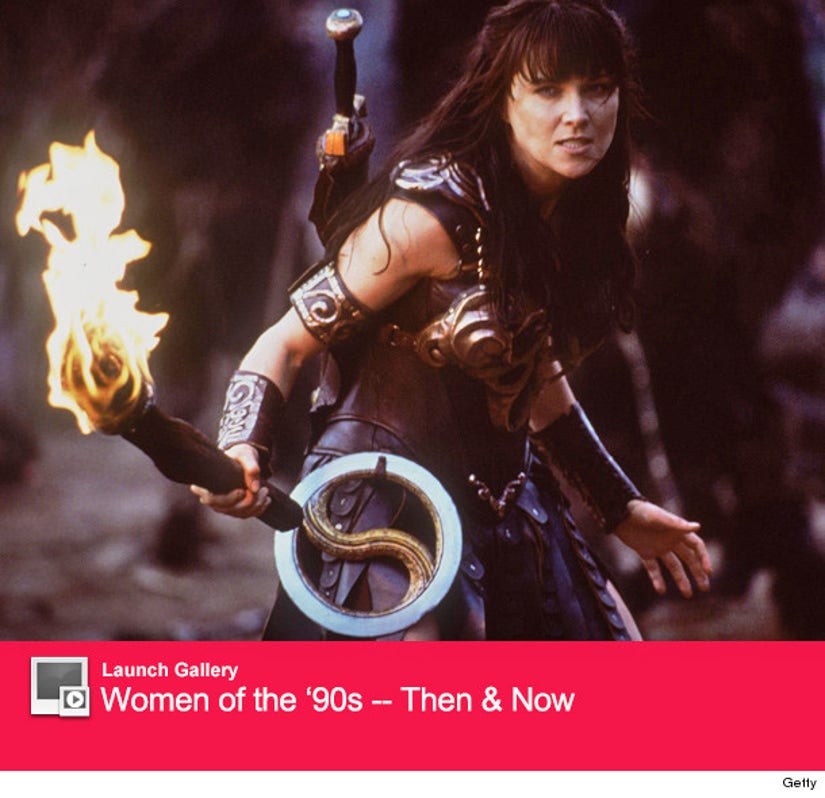 The "Warrior Princess" talk comes as NBC is quietly prepping a reboot of the series, with search underway for writers right now. Lawless' involvement is unknown, but The Hollywood Reporter says everyone would love to have her on screen and working behind the scenes.

The report adds that the "new Xena would have to have the charisma and charm of Lawless and the smarts of The Hunger Games' Katniss."

What do you think about bringing her back? Sound off below!