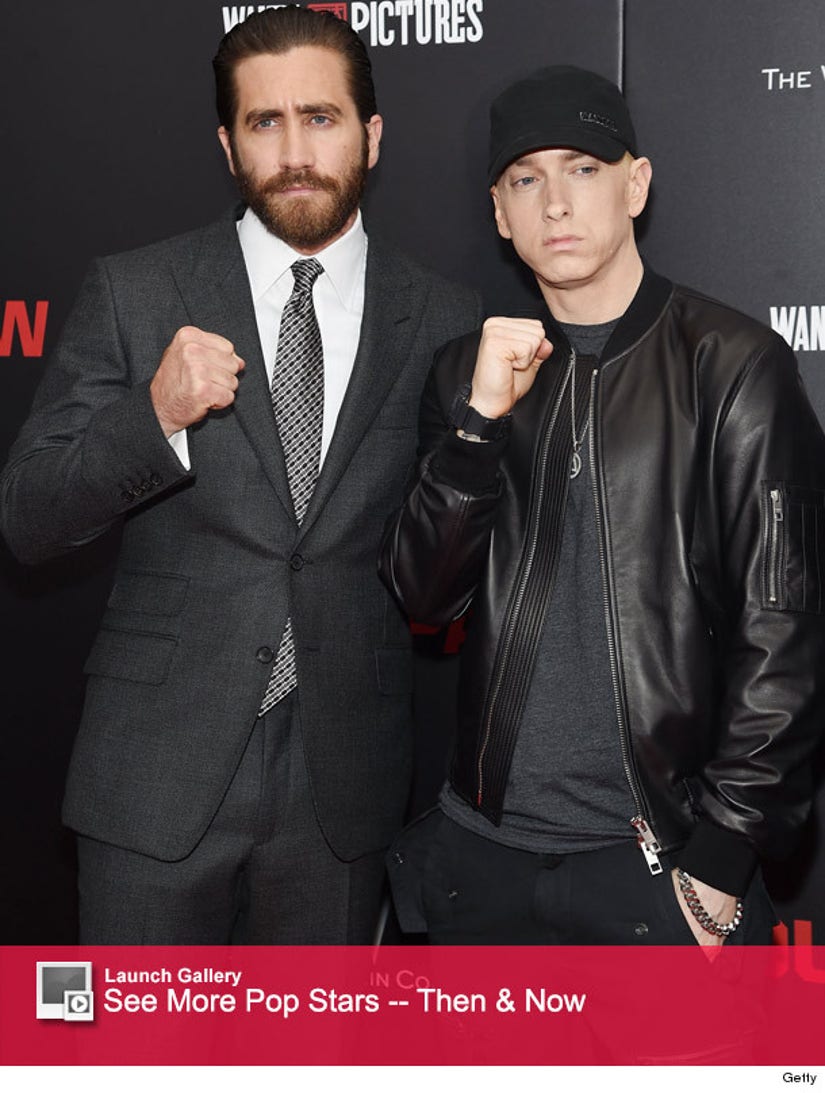 Slim Shady is back in the spotlight!

Eminem made his first red carpet appearance of the year on Monday night at the New York premiere of "Southpaw."

The rapper curated the soundtrack for the movie, which features his own song, "Phenomenal," and a duet with Gwen Stefani, "Kings Never Die." The album also includes tracks by 50 Cent, Action Bronson and The Weeknd.

On Sunday, Eminem made a surprise appearance with Jake Gyllenhaal at a screening of the movie in Detroit, where he revealed what drew him to the project.

"From the minute I saw this script I really felt like this movie had the potential to be something special," he said. "We hope that you all do, too. Jake did an incredible job.... Everybody in the movie is great, in my opinion. I'm super-excited to be a part of it."

"The album is sick, too," Gyllenhaal added. "The training montage is insane because of his music. It's an honor to have him even be a little part of the movie, but the fact he gave so much of it, we all gave our hearts to it. It's an honor to be even next to him."

"Southpaw" hit theaters on Friday -- check out the trailer above!