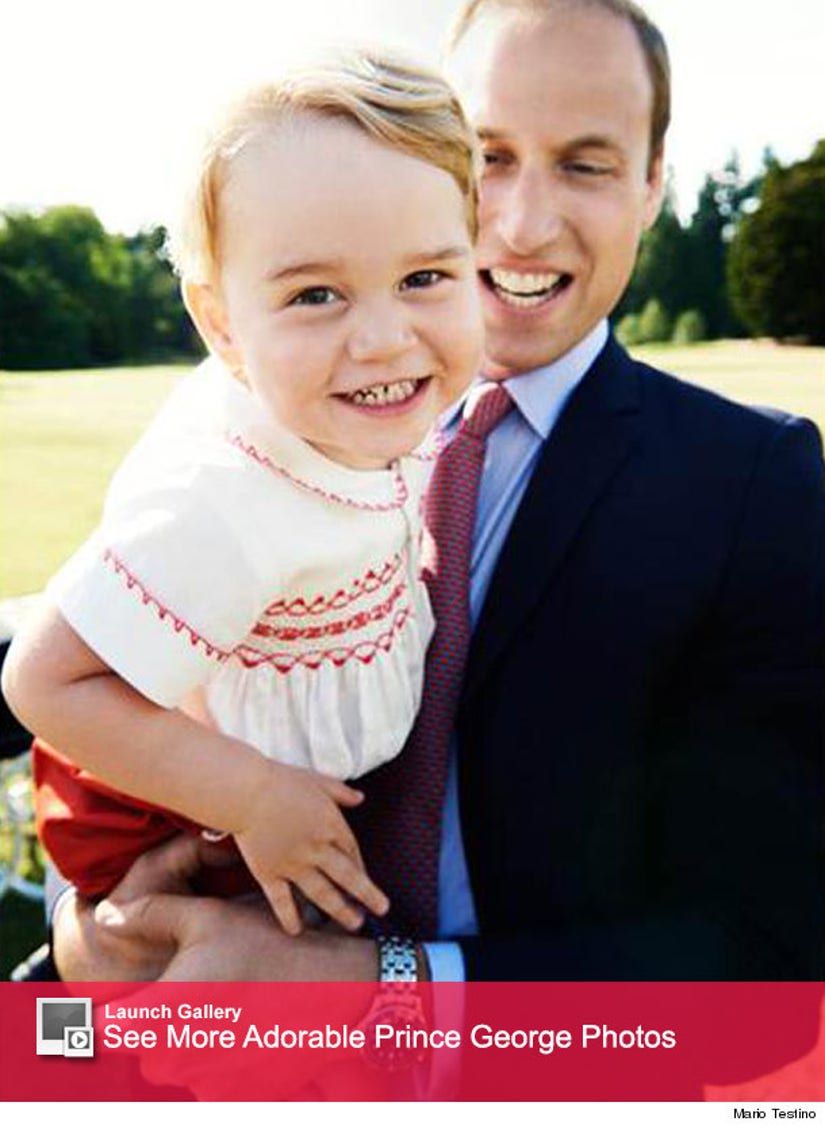 Kensington Palace just released a brand new photo of Prince George ahead of his second birthday, which goes down on Wednesday.

"This photograph captures a very happy moment on what was a special day for The Duke and Duchess and their family," says a spokesman for Kensington Palace. "They are very pleased to share this picture as they celebrate Prince George's second birthday."

Little George and his royal family will be celebrating his 2nd birthday on Wednesday, in a backyard bash at one of his family's (very large) country homes in Norfolk.

We're sure Prince George's grandmother Carole Middleton will use her party planning expertise to make the entire afternoon extra fun.

"We've always believed that parties do not have to be lavish," she recently penned in a column, noting that the family likes to play traditional English games such as "What's the Time, Mr. Wolf?" and "Grandmother's Footsteps."

We can't wait to see photos from the festivities!