Joey Graceffa has no time for the haters.

Not only does the 24-year-old have nearly 5 million subscribers and almost as many Instagram followers, but he's making a statement about who he is in a very big way.

The YouTube star received a ton of praise and support back in May, after he publicly came out as gay in a heartfelt video on his YouTube channel.

"It's definitely all been positive," he told toofab's Kristen Gill at Comic-Con this year about the reaction he's received about the clip. "And that's why it was so easy for me to come out now, as opposed to back when I was younger ... although I really didn't know I was officially gay back then."

"When you're surrounded by people who accept you for who you are, it makes it so much more easier for you to accept yourself," he continued. "The past 5 years of my life have been no real bullying, except for the haters online here and there." 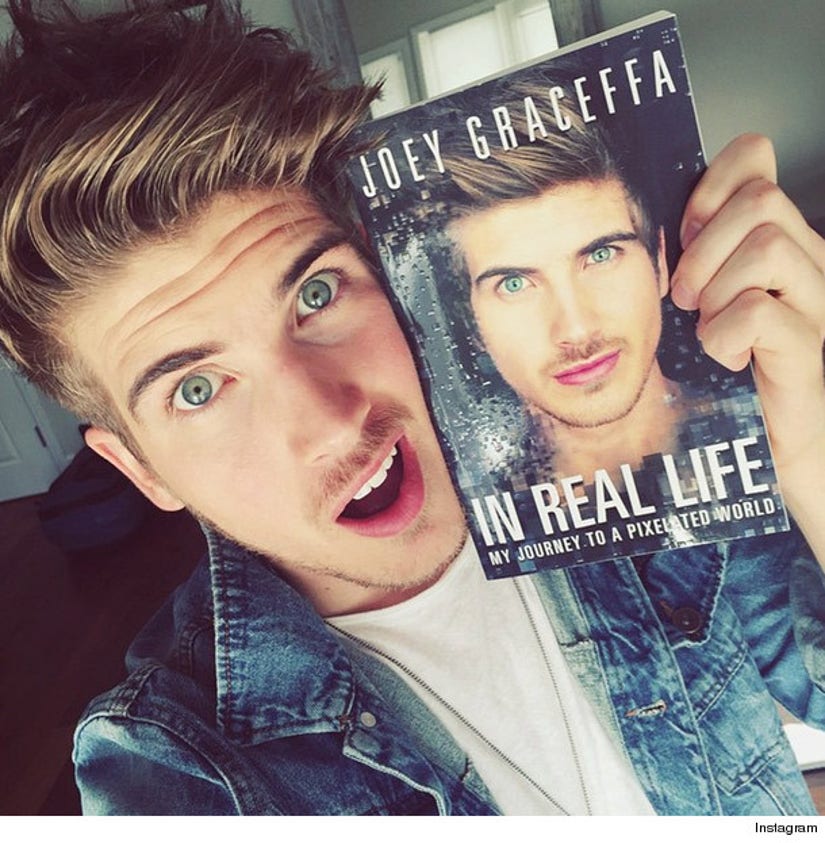 The former "Amazing Race" contestant just released his memoir, "In Real Life: My Journey Through A Pixelated World," where he chronicles his struggle with bullying in his early life, family hardships and coming to terms with his sexuality.

While the star gets pretty candid on his YouTube channel, he felt the need to share even more of his story in long form.

"I just feel like there's so much more that you can get out in written form," he explained. "Where as like a YouTube video typically it's around like 10 minutes and there's no way you're going to get my whole story in 10 minutes!"

Check out his full interview above -- and click here for info on his book!