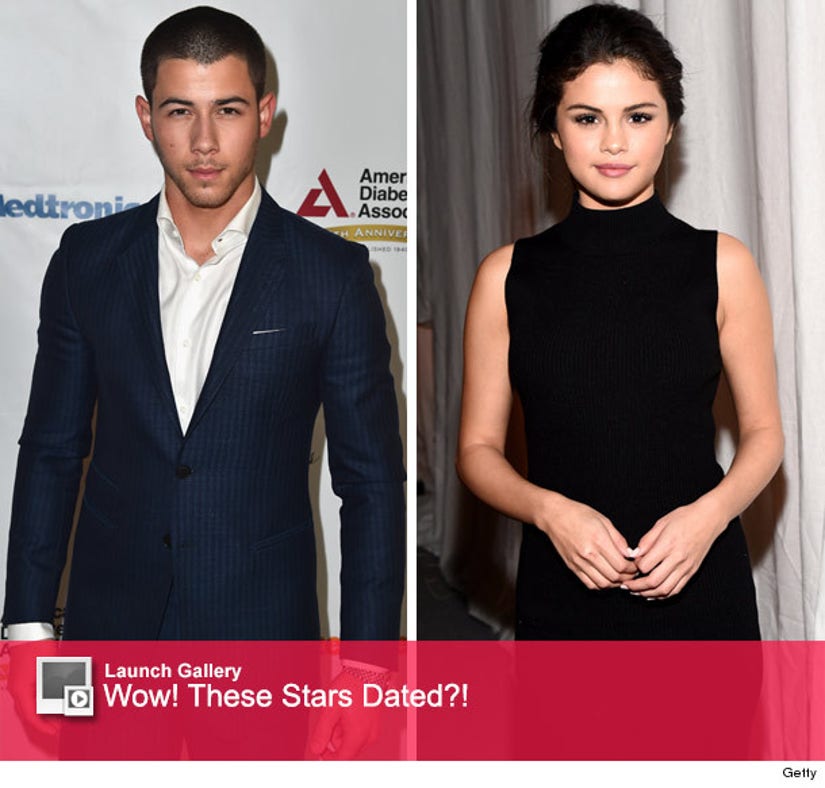 Now that Nick Jonas is back on the market, the romance rumors are already swirling!

The "Chains" crooner was put in the hot seat about his single status during an in-studio interview with Capital FM's Max Akhtar in London on Tuesday.

Jonas was recently spotted with ex-girlfriend, Selena Gomez, so he was asked about rekindling the romance with this old flame.

"Obviously, you've been there before. And you did say on this show she's a great kisser," the radio host said, to which Jonas admitted, "Yeah."

Akhtar said Gomez is "a sweetheart. I love her." Best of all, she reminded him, "She's a single pringle. You've also been spotted out with her. People jump to conclusions."

While some fans already are coming up with new nicknames for the couple, Jonas explained their accidental outing.

"We kind of ran into each other a couple of weeks ago, like walking in Venice. We were both with separate groups of friends and we ran into each other," he said. "I put a dinner together with a bunch of really great people, like the Haim girls, who I love. They're awesome. They're the best. It was a big group of people and we all had a great time. We connect in that sense."

"It was nice to connect and just catch up," he added. "I'll leave it there!"