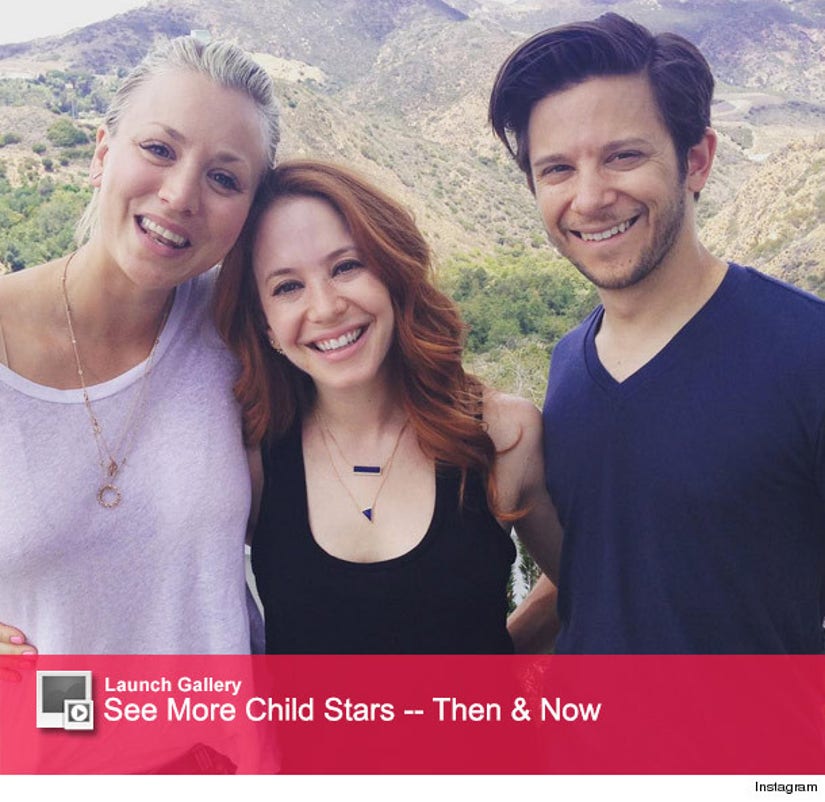 The Hennessey kids are back together again!

Kaley Cuoco Sweeting, Amy Davidson and Martin Spanjers reunited this week to remember their "8 Simple Rules" grandfather, James Garner, on the anniversary of his death.

#8simplerules siblings all growed up forever attached at the hip with these two! @martinspanjers @amy_davidson #johnritter #grandpagarner we miss you every day!" she captioned the cute candid with her TV siblings.

Garner became a regular cast member shortly after the tragic death of actor John Ritter. Ritter suffered from an undetected heart ailment and passed away on September 11, 2003, at the age of 54.

While the show centered around Ritter's character, the network decided to continue the series after his death. Lloyd Braun, the ABC Entertainment chairman, spoke about his decision to move forward in an interview with the New York Times in 2003.