The "Thinking Out Loud" crooner recently sat down with radio and TV personality Smallzy for an appearance on the show NOVA 96.9 ... where he got extremely candid about "misjudging a fart" on stage.

Check out the video above to see what Ed said about the embarrassing moment!

The conversation started after the two took park in a seemingly innocent game of "Yes/No," where the red-headed singer was asked to reveal how often he changes his underwear, if he's passed wind during concert and the status on his mile-high membership.

Obviously, the "A-Team" singer was feeling pretty comfortable with Smallzy ... because he went into great detail about the time he accidentally "sharted" on stage.

"Have you ever broken wind while performing on stage," the radio host asked. "All the time," Sheeran confessed. "I actually once misjudged a fart on stage," he continued. "Which ended up being a shart and it was like mid-way through a performance and I was like really lively and then half-way through I was like 'Alright, I'm just going to stand still through the rest of this performance and hope it's over soon.'"

Yeah, we can imagine that'd be a little uncomfortable to deal with in front of a crowd of screaming fans!

What do you think about Ed's hilarious confession? Sound off below and check out the gallery below to see more pop stars then and now! 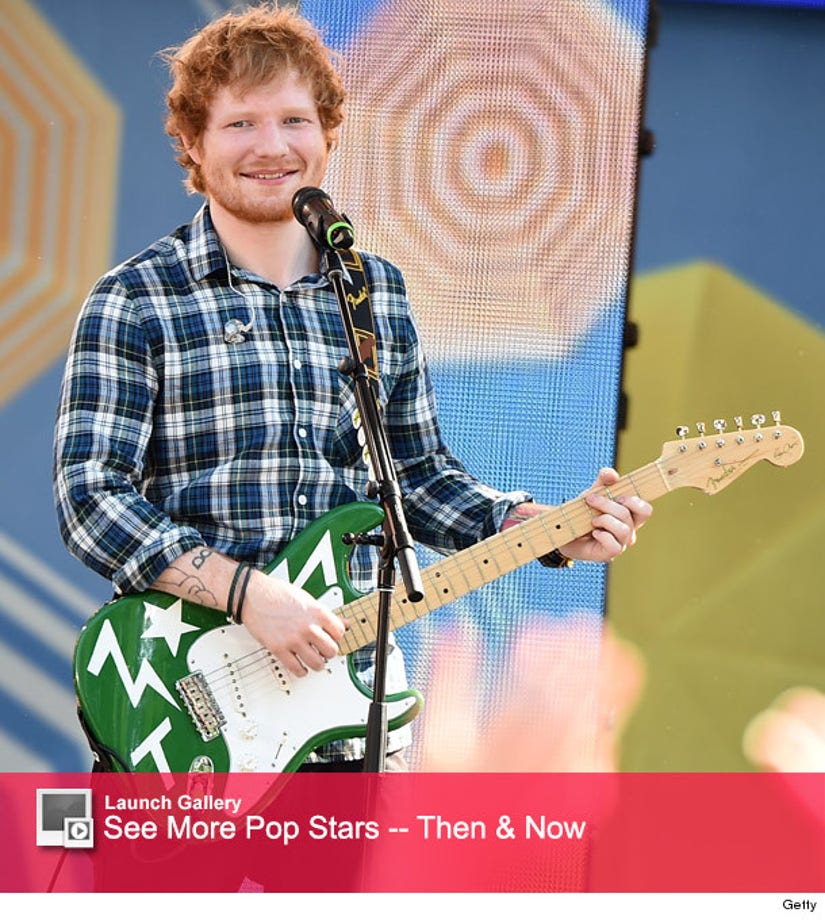