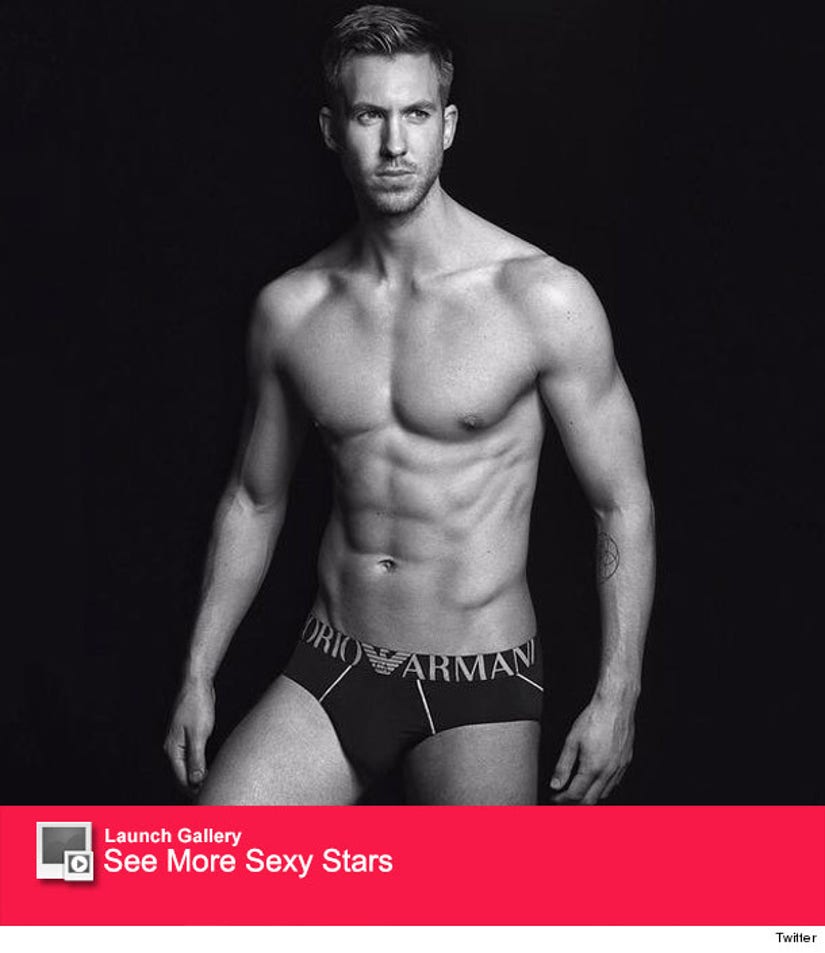 Taylor Swift is one lucky lady!

Calvin Harris took to Twitter on Monday to share one steamy photo from his new Emporio Armani Fall/Winter underwear campaign.

In the photo, the "Style" singer's other half poses in nothing but his underwear as he shows off his impressive set of abs.

The 31-year-old DJ and the pop princess have been an item since March -- and since then, the relationship has really been heating up.

The pair have been spotted out on multiple dates together and have even popped up on each other's social media pages.

Calvin recently opened up about his relationship with the 25-year-old and revealed that while the coupling has created a lot of buzz, he is "insanely happy" with his new lady.

"For me, it could be a lot worse, and I'd still be like insanely happy with her," he told HITS Radio. "So, I'm good with it."

"It's boxes I didn't even know existed, she ticks," he added of what makes Taylor special. "It's really ridiculous... She's generally an incredible cook and human being."

What do you think of Calvin's steamy pic? Sound off below then click "Launch Gallery" for more sexy stars!