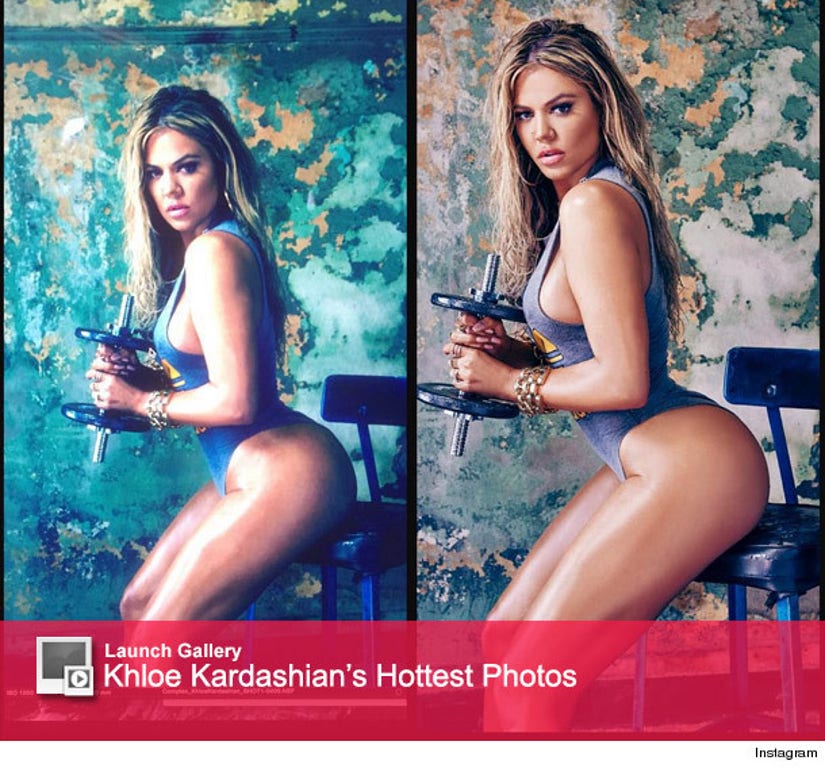 Khloe Kardashian is silencing her haters!

Following the release of her super steamy Complex Magazine photo shoot, the "Keeping Up With The Kardashians" star took to Instagram to slam critics who accused the mag of majorly Photoshopping the sexy pics.

The 31-year-old stuns in the photos from the latest issue, where she sports a collection of barely there bodysuits and risque attire while hitting the gym.

See Even More of Her RIDICULOUSLY Sexy Spread Right Here

"This one is for all the troll haters out there that cannot seem to give me an ounce of credit for my daily workouts," she said of the photos. "The image on the left is an unretouched photo from the actual camera on the day of the shoot. The image on the right is the retouched photo. Yes skin is smooth and shadows are removed but I still think I look good on the left image. Flaws and all hi hater!!! Click on it... I know you want to."

In the post, the youngest Kardashian sister shares a side-by-side image of her unretouched photo with the finished snap -- and they look pretty damn similar to us.

This shouldn't come as a total shock though, as the star hits the gym on a regular basis.

Following the post, the curvaceous beauty revealed sister Kim Kardashian was the one who forced her to do the shoot and thanked her fans via Twitter for all the support.

"How sweet are you guys! I love you guys and I see all the positivity and love! I'm so blessed."

What do you think of Khloe's photos? Sound off below then click "Launch Gallery" for more of her hottest snaps!