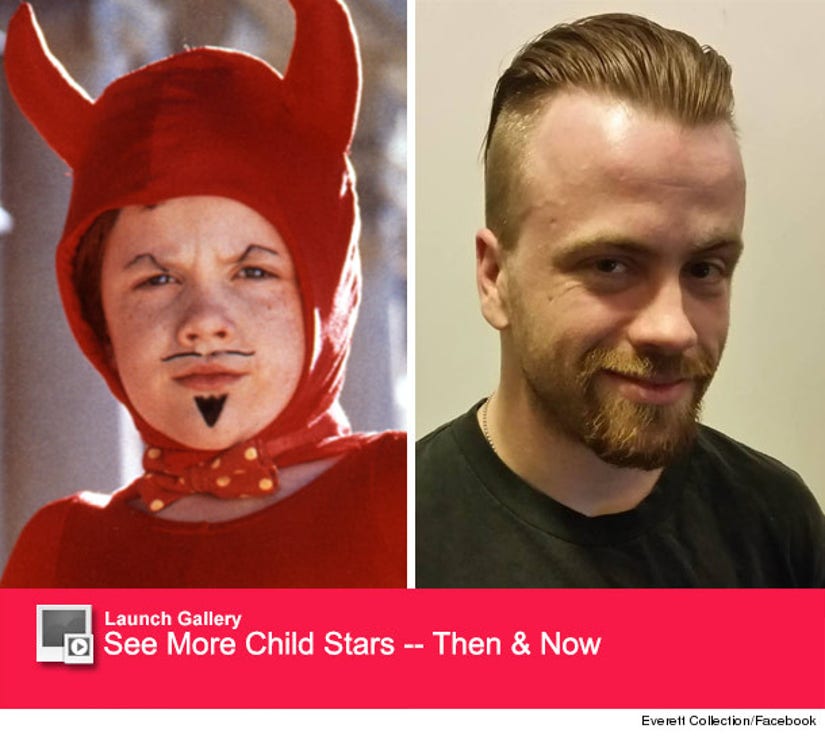 Junior is all grown up!

Michael Oliver memorably played John Ritter's adopted son in the two "Problem Child" films, the first of which came out 25 years ago today.

The film was a surprise success, quickly spawning a sequel -- but Oliver all but vanished from showbiz shortly after, thanks to a lawsuit filed against his family from Universal Pictures.

To mark the film's 25th anniversary, costar Gilbert Gottfried tracked Oliver down for his podcast, where the former child star opened up about working with the late John Ritter, his swift exit from Hollywood and revealed what he's up to now.

"He was a sweetheart. I remember he got me a radio controlled car right after we met," Oliver, now 33, says of Ritter. "He was really nice to me on the set and I think he kind of knew that I was very new to all of it. It's a pity he's no longer around, I would love to reconnect to him. Damn shame."

A bitter contract dispute over "Problem Child 2" left his family without anything, something he says took its toll.

"After all that, after the impact on morale that that left our family with, everything took a downturn," Oliver told Gottfried. "We ended up staying with friends for a while, slowly dusted ourselves up. It was a good couple years that we were completely busted up."

He left his acting career behind around the same time.

"I think it was a mutual breakup between me and the industry. I was kinda done with it anyway," he says now. "I started to realize that I want a normal life. I work my ass off, I have a 9-5 [job], a normal existence. I'm happy with it."

These days, Oliver works in tech support and couldn't be happier.

"I've seen the top, I've seen the bottom, I know what both extremes are like. If someone told me that I could go back to where I was before the lawsuit, I'd deny it. I'd decline. I'd say no," he says. "One of the things I learned real young is how precious privacy is. Picture going out to see a movie with your friends and getting recognized and people not understanding you just want to see a movie. It's flattering and awesome when people give you that recognition, but you can't say it doesn't get old."

As for whether he watches either of the "Problem Child" movies if they're on TV: "I avoid it like the plague."

Check out the gallery above to see more child stars now -- and click here to see Oliver reunite with Trixie from "Problem Child 2."