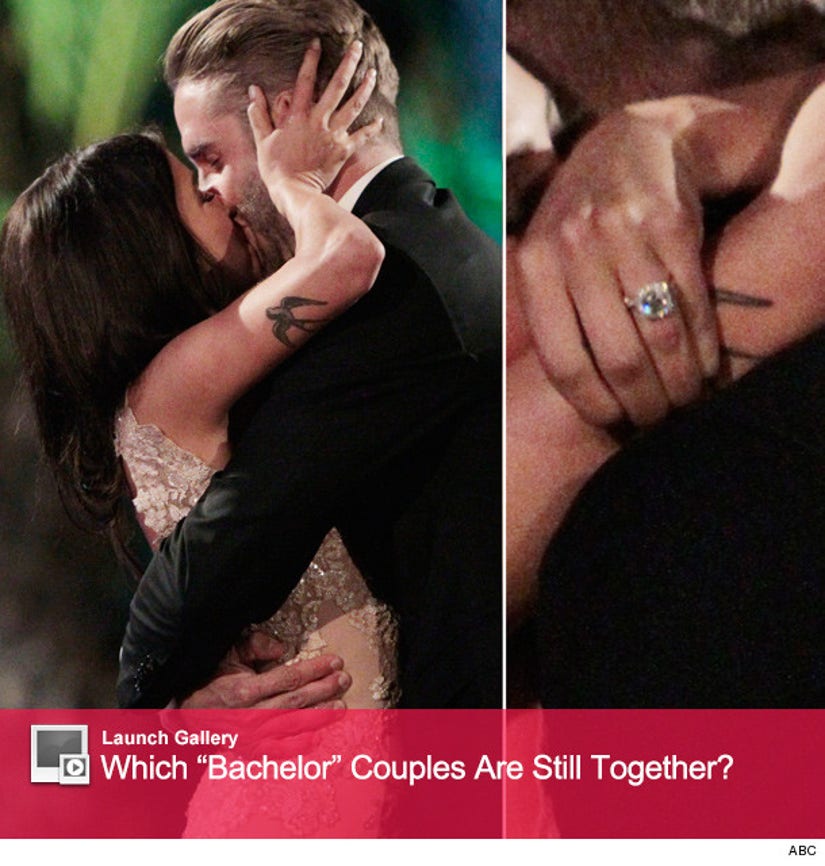 "The Bachelorette" is off the market!

During last night's Season 11 finale, Kaitlyn Bristowe chose between Nick Viall and Shawn Booth -- and ended the episode with a ring on her finger from the latter.

It was a rough ending to watch though, as both men planned to propose to the reality TV star.

Viall -- who Bristowe had sex with earlier this season -- went first.

"The reason I showed up in the first place was that I just felt something about you and it was a feeling that I always wanted to feel about someone," Nick said. "I look at you and I think about how in love I am with you and what you mean to me. I'm not ready to let you go and I don't want to let us go. "I look at you and I have such confidence in you and in us and I am yours forever if you'll have me."

He then reached for his ring, but Kaitlyn stopped him.

"I've looked for everything and I want to find something that has gone wrong. The only explanation that I have is that my heart is just with somebody else," she explained.

Nick was very upset, calling himself "The world's biggest joke" on his limo ride outta there.

"To actually hear her tell me she loves me more than once -- it is a f**king joke," he added.

Watch the rejection below:

After that, it was time for the main event -- as Shawn also popped the question.

"I fall more and more in love with you every time I see you and I look at you and I see a best friend, a partner in crime, a teammate, the love of my life," he said during his proposal. "You have already made me the happiest guy in the world and all I want to do is make you the happiest girl in the world. I love you so much, Kaitlyn."

He then got down on one knee, asked her to marry him and she, of course, said yes.

The two popped up on "Jimmy Kimmel Live" following the finale, where they promised the late night host that they would indeed walk down the aisle ... and not call the engagement off like so many "Bachelor" and "Bachelorette" couples before them.

"We, Katilyn and Shawn B, do solemnly swear, that we are in love, that we will get married, or we will at least be together one year from today, because if we're not, this was a huge waste of everyone's time," the swore. "If we are not still in a committed relationship on July 27, 2016, we will pay Jimmy Kimmel $1,000 which he may collect in a lump sum or over the next 30 years in monthly installments of $2.77! Amen."

Check out video of Kaitlyn wedding dress shopping with Jimmy below!