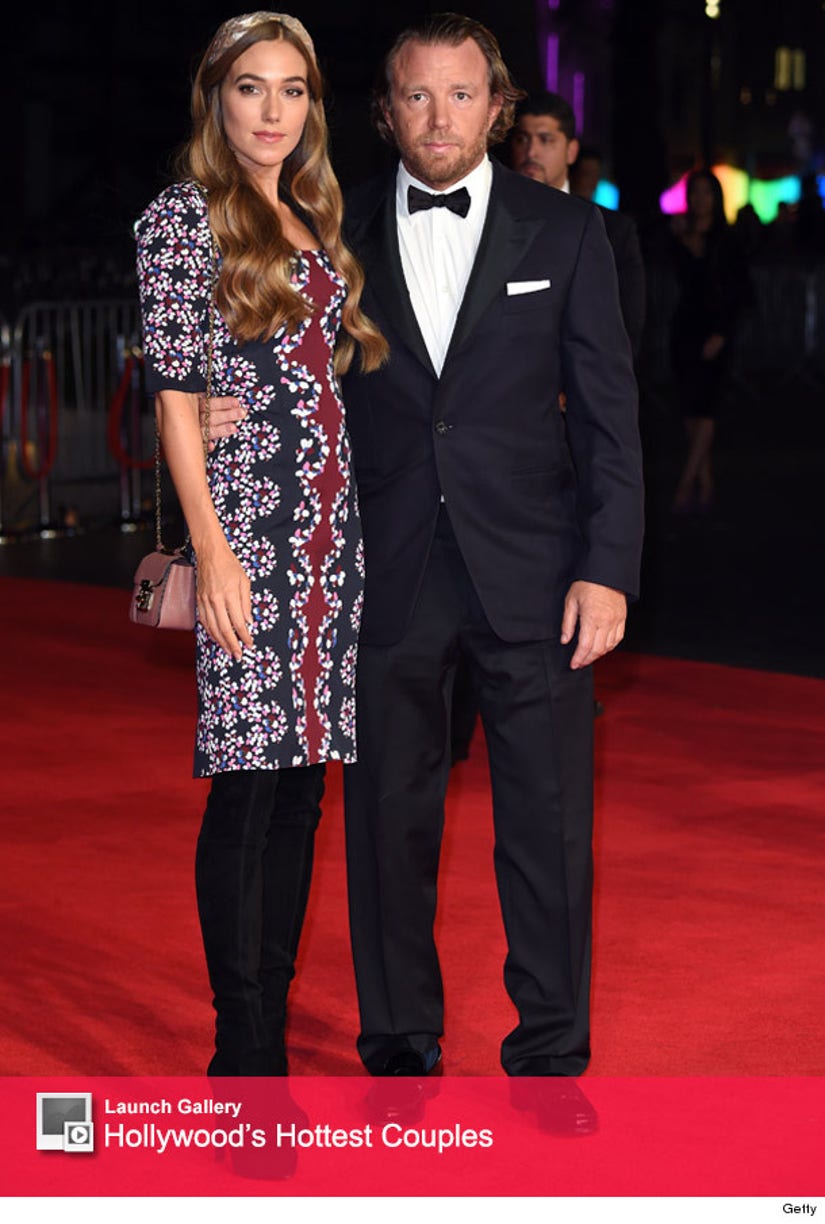 Guy Ritchie is off the market, again.

The "Sherlock Holmes" director wed his longtime love, model Jaqui Ainsley, today in a gorgeous ceremony at their home in Wiltshire, England.

"Beautiful Bride Strikes a Pose... #jaxguyjuly @jacquiainsley @guyritchie #GoodFriends #Inspired," an Instagram post from one of the bride's friends read. 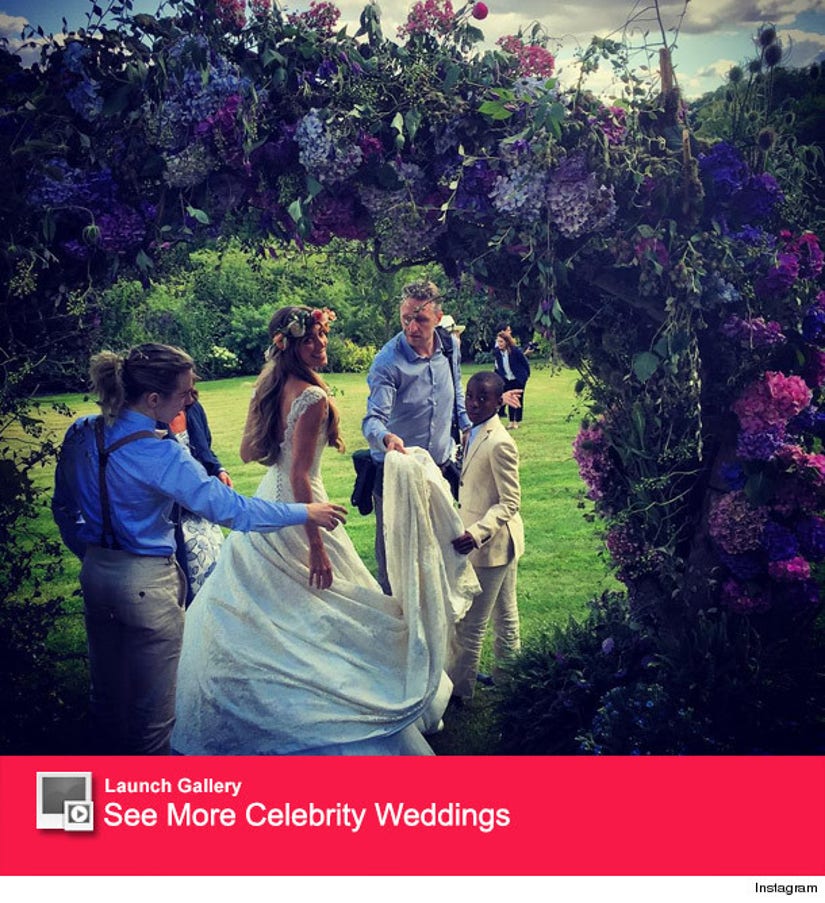 In the snap, taken by the couple's friend Luca Calvani, the 33-year-old is pictured in a gorgeous lace wedding gown surrounded by a flower archway with a flower crown atop her head. Guy's sons with Madonna, Rocco and David, are seen helping with the train.

While we've yet to see more photos of the bride and groom, we do know that the nuptials were attended by a bevy of the director's famous pals.

A-list guests included Brad Pitt, who was snapped looking dapper during the festivities with another wedding attendee. The 51-year-old starred in "Snatch," which Ritchie directed.

Also on hand were David Beckham, Jason Statham and Rosie Huntington-Whiteley. Other guests who on the rumored guest list included George Clooney and wife Amal Alamuddin, Sting and Gwyneth Paltrow.

The newlyweds met back in 2010, before getting engaged in October 2012. The couple are parents to sons Rafael, 3, and Levi, 13 months, and daughter Rivka, 2.

Ritchie was previously married to Madonna from 2000 to 2008.