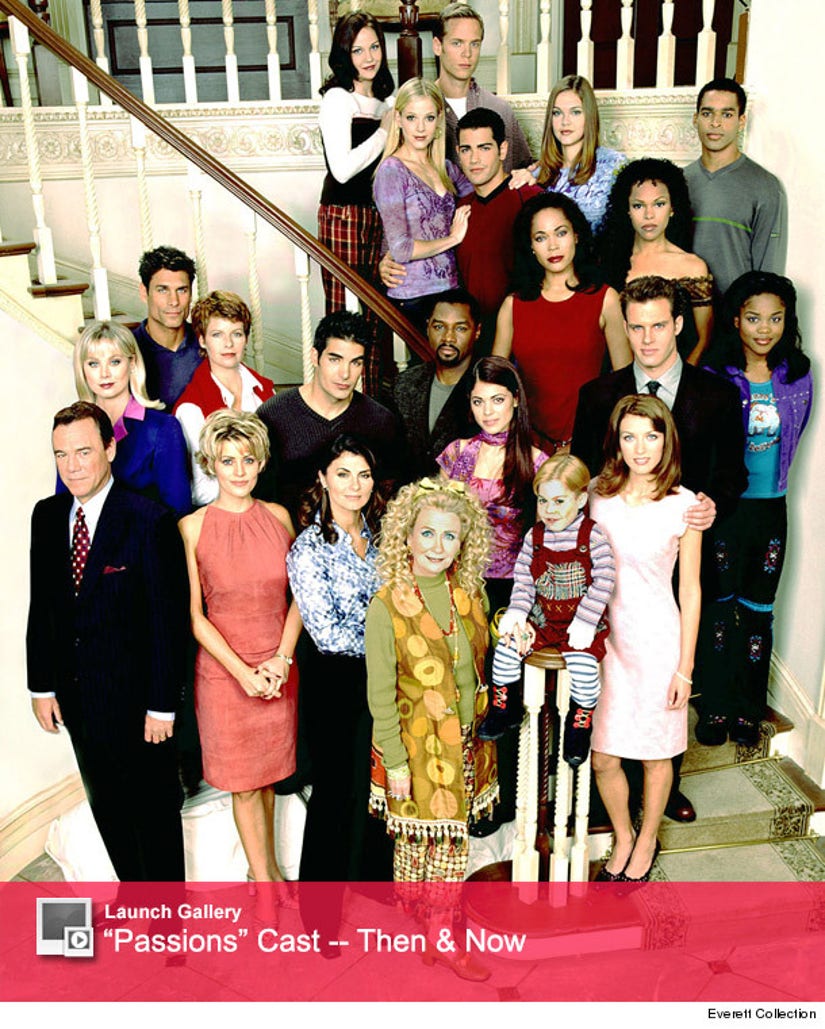 Living dolls, evil witches, incest and orangutan nurses ... "Passions" was one ridiculous show during its nine season run from 1999-2008. And at the center of it all was Sheridan Crane, played by McKenzie Westmore.

While the show was incredibly off-the-wall, Westmore now looks back on the series with nothing but love.

"That was such a big part of my life, that was my whole twenties. I started that show when I was 20, finished it when I was 28," she tells toofab's Brian Particelli. "For me, that was like my peak years of coming into womanhood and it's one of my greatest, fondest memories."

With kidnappings, Bollywood dance numbers and plenty of blackmail, McKenzie says she and the rest of the cast got a daily dose of "WTF" whenever they got their new scripts.

"The more controversy, the worse you could get it, we did it," she says, recalling one particular storyline that found Sheridan communicating with the ghost of Princess Diana after surviving a crash similar to the one that killed the late royal.

"I remember when the whole Princess Diana thing happened, watching it and going 'Oh my god, I just started my career and now it's over. Thats the end. I just trashed the whole memory of Princess Diana," she continues.

Looking back, Westmore says she saw the beginning of the end coming when the show began what she calls its "worst storyline ever."

"I remember when it moved to DirecTV and they were doing the storyline of Julian Crane and Dr. Eve and his penis had been cut off and she sewed it on backwards," she says with a laugh. "I remember watching this episode, as he's peeing all over the place because he couldn't control his bladder and I went 'This has got to be the worst storyline ever done, what are they doing?'"

"Shorty thereafter, we were canceled. So I'm not surprised," she says in conclusion.

Find out what happened to her costars -- including the Precious the orangutan -- in the gallery above. 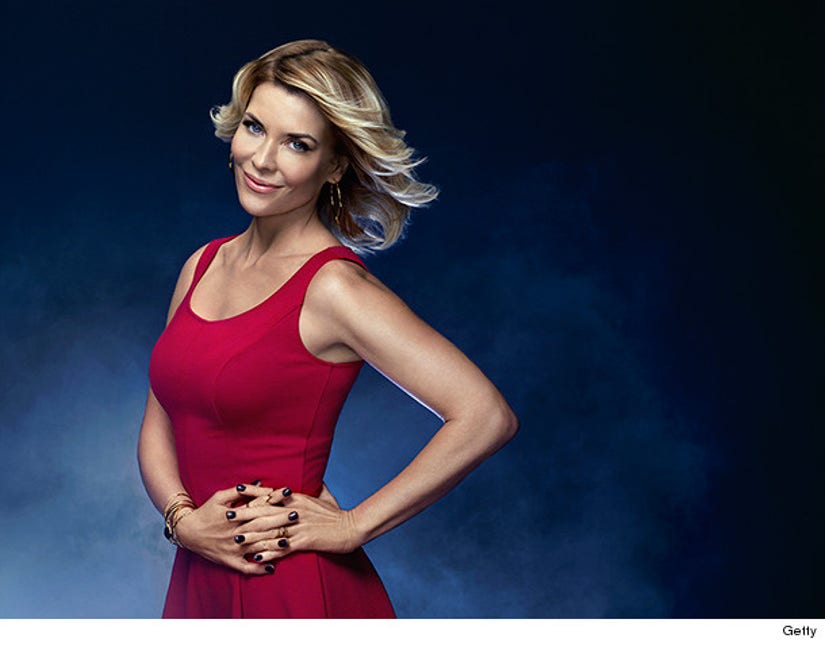 These days, she's got a slightly less insane gig as the host of SyFy's addictive reality series "Face Off," where she met her future husband, production designer Patrick Tatopoulos. The two will tie the knot on October 11, 2015 -- a date they had to push to after The Dark Knight and the Man of Steel forced their hand.

"We were supposed to do it back in May, but we had to push because he was working on 'Batman v. Superman.' It's a good reason, I can't complain," Westmore says. "But it was tough trying to figure out flowers and colors. I'd ask, 'What do you think of this?' And he's like, 'I gotta run to set!' It was not working!"

"I was just going back and forth with the wedding planner, now it's crunch time," she adds.

Before she ties the knot in real life, she'll be officiating a wedding on the 100th episode of the SyFy series.

"It was really stressful, it really freaking stressed me out," she exclaims. "At first I thought, 'This is so cool, I get to be the officiant!' Then as I was standing there, the pressure's on me that I'm bringing these couples together in matrimony. I got really nervous."

"The only thing that calmed me a little bit was looking at the faces of the couples standing before me," she continues." "This one woman, she had blue makeup on and the blue was streaming down her face as she was crying. It was the one thing that gave me some comfort."

But why was the bride's face blue?! We'll find out when the 100th episode of "Face Off" airs August 11 on SyFy! 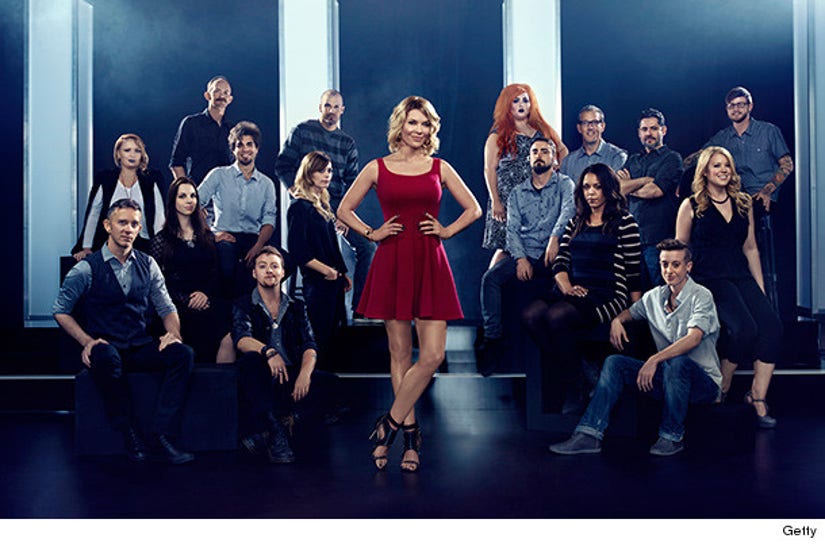