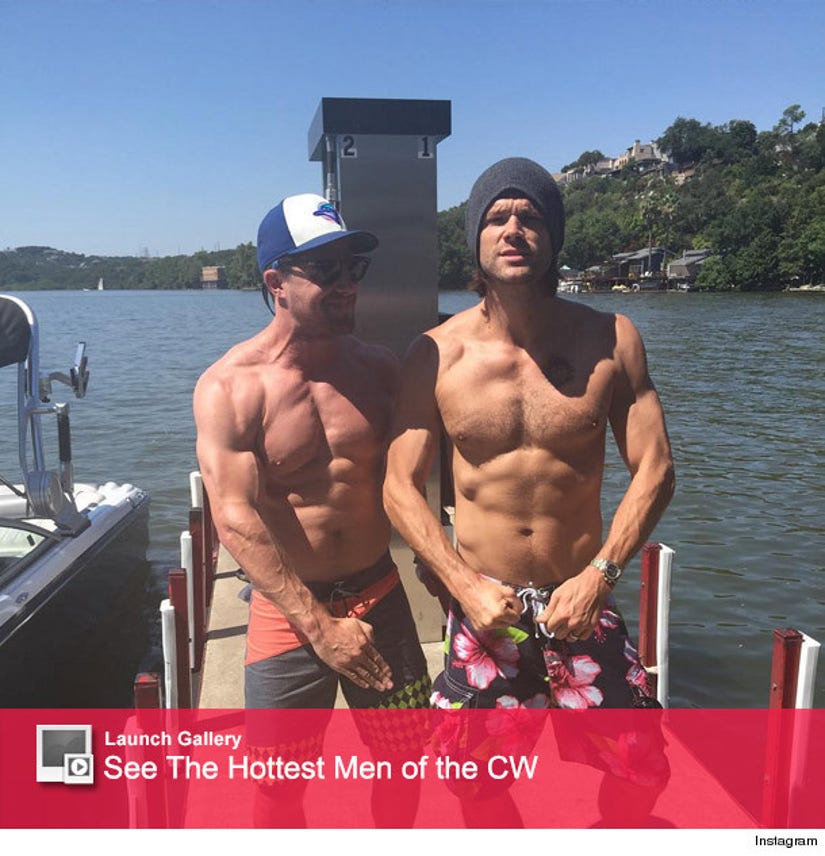 Stephen Amell and Jared Padalecki put their buff bods on full display over the weekend in Lake Austin, Texas, where they showed off their smokin' hot six-pack abs in nothing but board shorts.

While we're still drooling over the pic above, it seems the actors posted the photo to promote Jared's "Always Keep Fighting" campaign, which aims to bring awareness and raise funds to support those suffering from depression.

"Stay Sunday Strong," Amell wrote alongside the shirtless snapshot with his CW pal. "My buddy Jared Padalecki wants you to Always Keep Fighting."

Padalecki has been very vocal with his fans about his struggle with anxiety and depression.

"I, in the past, have had my own struggles of not (being) so happy with where I am in life," he recently told Variety. "Maybe a lot of people don't know this, but Season 3, we were shooting an episode, and I went back to my trailer to get changed and just kind of broke down."

"There's no shame in having to fight every day," he added, talking about his new campaign. "But fighting every day, and presumably, if you're still alive to hear these words or read this interview, then you are winning your war. You're here. You might not win every battle. There are going to be some really tough days. There might be several tough times in any given single day, but hopefully, this will help somebody to think, 'This isn't easy; it is a fight, but I'm going to keep fighting.'"